Home People Stories of people The charmer of orcas

A guardafauna from southern Argentina is known as the “charmer of orcas”. Can you imagine having the ability to communicate these marine mammals? 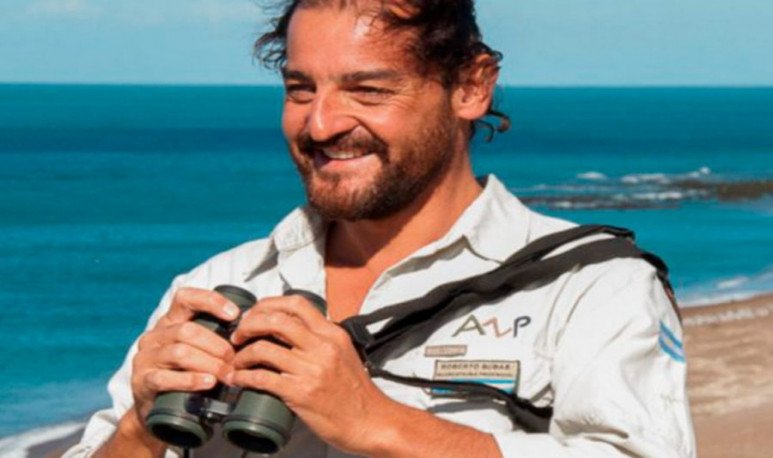 Roberto Bubas works as a fanguard for more than 25 years in Península Valdés, located in the province of  Chubut , Argentina. A wonderful natural treasure declared a  World Heritage Site , surrounded by beaches and immense cliffs where wolves and elephants live, dolphins, toninas,  penguins  and the famous southern franca whale, among other species.

In this far corner of the south, he is the only human being known in the world who formed a strong bond with  whales !

The miracles of nature

“ Beto” Bubas became known for playing the harmonica to the killer whales on the coast of the peninsula as a method of communication with this species of dolphins.And, in turn, through this peculiar practice, to help a child with  autism .

It was Augustine. At that time he was a 7-year-old, deaf-mute and autistic behavior who, when he visited Punta Norte beach, managed to improve his communication by being in  contact with the nature  of the place.

From this fascinating story, the film  El lighthouse de las orcas is born, starring Joaquín Furriel and Marivel Verdú. Based on the narrative that the franger wrote where he tells the experience with the child.

From the mountain to the sea

The passionate guardafunas was born in  Esquel , on the mountain range side of Patagonia, on August 20, 1970.  Roberto grew up reading the adventures of Captain Jacques Cousteau , he loved the life of that legendary French researcher who traveled the world's oceans on the mythical ship Calypso .

At the age of 20, he moved to  Puerto Madryn  to study Marine Biology and, in 1992, began monitoring the population of Orcas in Patagonia.

The connection with these gigantic mammals allowed him to discover a hunting technique where females intentionally varn to catch a wolf or elephant breeding sea. Such a discovery earned him a scholarship from  National Geographic.

Their exciting connection with these gigantic mammals generated great media repercussions and transformed a legend of Patagonia.