Gonzalo Insaurralde works as a cancher on the Cerro Porteño court in Paraguay. But his heart is with Columbus de Santa Fe. 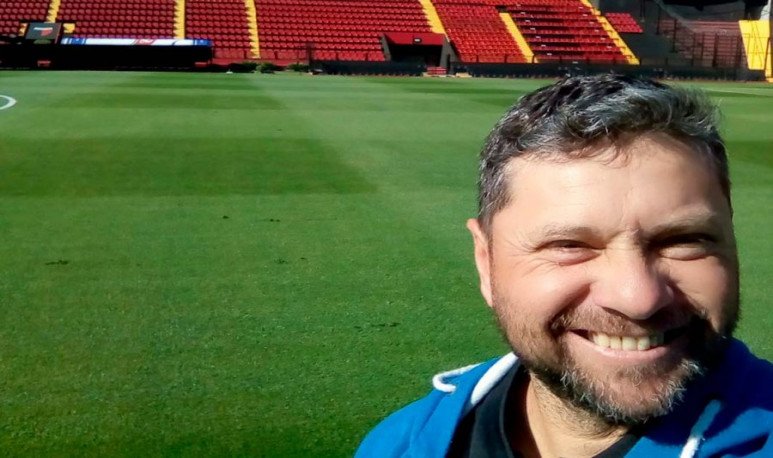 More than ever you could title this story of cancher   Gonzalo Insaurralde   as “A beautiful gambeta of destiny”. It is that the man who cares every day on the lawn of La  Nueva Olla  de Cerro Porteño, where the Single Final of the Copa Sudamericana will be played, was a cancher de  Colón  and is a fan of Sabalero. A nice story is that of Gonzalo Insaurralde, whose cell phone does not stop ringing since Colón eliminated the Mineiro and settled for 911 in Asunción del Paraguay.

Gonzalito has a five football team in his  family , but with a little clarification: they are all  women . His wife Carla and his four babes: Celeste, Ornella, Julieta and Alma. “They watched me all the crazy things and occurrences. And we got very strong, like every family in the worst times. Sometimes we suffer because the rest of our relatives are  far from  here,” he says,

Hand in hand: the pass to Paraguay

It's amazing your  “figure”  here in Paraguay... They even make notes in Asunción's newspapers!

Who is  responsible  for you moving from caring for the Elephant Cemetery to now being responsible for La Nueva Olla?

Three and a half years ago, Agronomist  Daniel Sposito  opened the doors of this incredible  challenge for me. I had met him in 2011 at the Copa America and from there was the relationship. He asked me if I would like to come to Paraguay; we had to prepare the training court for the  Paraguayan Football Team . At that time in Santa Fe I was going through a very complicated time, so I decided to accept the proposal, which was very good from the economic and from the work much more.

Colón's court always lived with the card of “very  complicated  place by the napas”...

Until you found him around and the court made the famous “click”: today it is one of the  best  courses in  Argentina  with its green lawn.

The real person who finds the  weak point  on the Columbus court is Engineer Daniel Spósito, who was hired by the AFA for the 2011 Copa America. I was working at Columbus's estate and they tell me I had to go to the main stadium. When I arrive, I meet Daniel that day and I assure you that it was he who found  Brigadier Lopez the weak point.

Hand in hand: the famous “click” and friendships in Santa Fe

What was going on with the Columbus court?

I had a lot of  salinity  problems and it was always very wet. There are products that are now used that serve and causes the PH level of the stage soil to be  balanced  . Everyone knows that under the Columbus court crosses the whole field a napa that is very close to the surface and is a nappa with salt water. The water with which it was watered was water with a very high PH. That's where Daniel  discovered  that problem and the court gave a total change of  percent  . It's a luxury to have worked there with Daniel and doing it now in the New Olla.

You left many  friends  in  Santa Fe : El Quillá, Colón, life itself.

And a lucky one because I was in the right place and at the right time. The people of the El Quilla club opened the doors for me at the most difficult time of my life. The common friend we have,  Ruben Maidana  (everyone knows them as “Mamangá”) is the one who takes me. Then all that  band : teacher Pablo Virgilio, Cabezón Roteta, dear Juani. There in El Quilla my passion for lawn was born, I learned almost everything from “Peti” Taborda. Then Columbus appears, which is my usual club and my  passion . The  Cemetery  has become my house for many years. To make it short: I am what I am thanks to Columbus. And I got where I got there thanks to the work I did in Columbus. 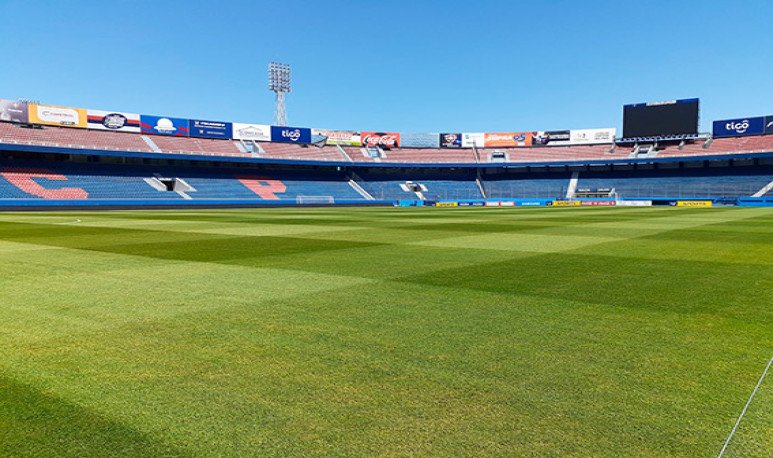