Home People Stories of people The greatest emotion for a grandfather

Agustín received himself as a lawyer and celebrated at a distance with his family. His grandfather's joy at hearing the news went viral on social networks. 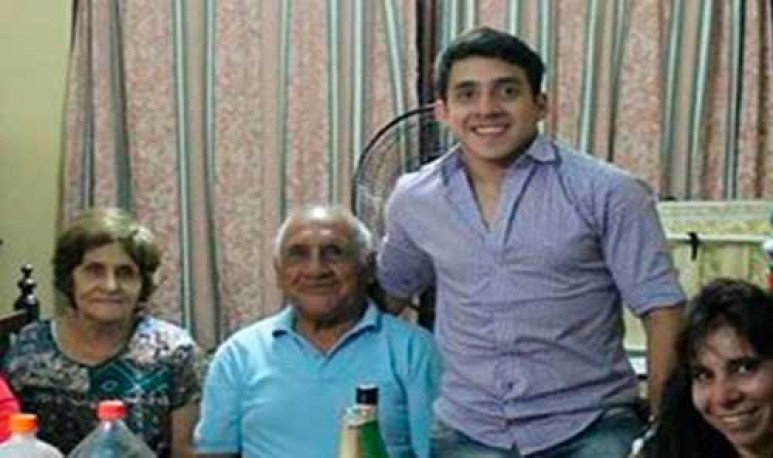 The  new modes  adopted by  social distancing  forced us to overcome the  difficulties of distance.  And this is exactly what happened between a grandfather and his grandson who, apart by kilometers,  were able to celebrate together in spite of everything.

Agustín Salas  is 23 years old and comes from the province of Salta  . During the month of August he completed his last degree at the  National University of Tucumán (UNT),  where he studied a law degree. The young man had to approve the subject Alternative Methods of Conflict Resolution, to become a lawyer, an achievement that the Salteño  dreamed  of since he left the city of Oran,as well as the longing to share that day with his family.

His story  went viral on social media  after Agustín told him about the happiness he had seen — even if it was through video call — his 80-year-old grandfather Roberto and told him the news. “Maybe I'm not with all the people I love, but for me time is worth a lot. I AM LAWYER LOCOOOO and  I made him explode with happiness my grandfather and my heart explodes ”, were the words expressed by the young man.

Agustín was with his sister, the only member of his family who was able to accompany him. So, when he finished the exam, he called his mother and grandfather, who were together, but they didn't know the reason for the call. “I just received” were the words that the young man uttered while his grandfather looked at him from the screen.  Roberto's reaction was really exciting , with his fists clenched as if he was celebrating a goal, the man could not contain all the words of encouragement and happiness that emanated from a trembling voice.

“I'm proud, Dad. Come on, Dad, still. You're the goal of my life. God bless you in the name of your grandmother, who loved you so much. Come on, dear daddy, life gave me everything, Dad,” continues the celebration of “Don Salas”, as he is known in his village. The moving celebration  quickly reached more than 600,000 views  and went viral on social networks.

The bond between Augustine and his grandfather is very close, since Augustine grew up without a father and Roberto played this role,  so it is not surprising how much affection they have . The last time they met was in January of this year, then the boy had to travel to perform the last two subjects he had left and  the pandemic changed the plans , although not the deprived of sharing this joy even in the distance.

With regard to the broadcast of the video, Agustín explains that he did not upload it with that intention, but because of the great emotion that causes him to see his grandfather so happy.

A musician who thinks about grandparents