Home People Stories of people The girl from St. Louis who surprised J. K. Rowling with her drawings

Valentina Valenzuela participated between 2000 boys in a contest promoted by J. K. Rowling under the slogan of drawing scenes for her new book, “The Ickabog”. 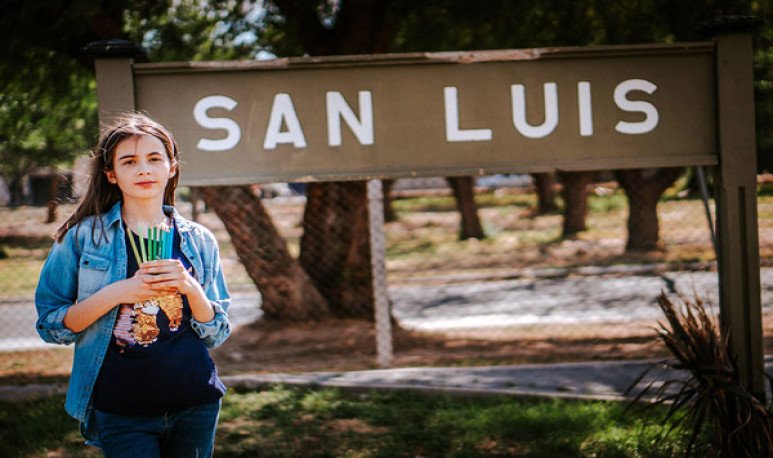 “ The Ickabog ” is the new book by J. K. Rowling, the creator of Harry Potter. To collaborate with the illustrations of the story, the author convened a  competition  for young readers from around the world, where around 2000 boys from 7 to 7 years were presented 12 years.  Valentina Valenzuela  is a girl from San Luis who joined the proposal and drew the protagonists of the story, and won the contest. A green monster and a long-haired babe and blue eyes is the illustration that the little artist carried out. The illustration was chosen for the edition in Spanish and Catalan.

“Daisy and the Ickabog Talking” is titled the work that was selected among the two thousand contestants. The children's  novel  was released for free and by delivery on the site The IckAbog.com during June and July and, prior to its release, Rowling clarified that it is unrelated with Harry Potter.

Before choosing what she was going to draw, Valentina had several proposed topics. In addition to the protagonist of the story next to Daisy, there were objects and landscapes, but she did not want to draw objects and that is why she bowed to Ickabog and the girl, both protagonists of the children's novel. He began to draw the first sketches and stayed with the one who liked the most. He drew a pregnant green monster that, according to her, looked like the Grinch.

As a prize, participants who were selected for the illustration of the  book will receive a poster, a diploma and a collection of books by the author Rowling to the institutions chosen by the children and children.ntilde; os. In this case, Valentina chose her school library, Marie Curie.

One noteworthy fact is that the revenue from sales of the book  The Ickabog will be donated to The Volant Trust Foundation to contribute to people who were affected by the pandemic in the UK and other countries.

A little artist with a huge talent

Valentina Valenzuela  participated in the contest because she likes challenges. As it was worldwide, the puntana girl did not have much faith, but when the mail came to her with the news she couldn't believe it, the emotion invaded her home at the time of reading that she was the winner.

The girl from San Luis is the first time she has drawn a scene from a story and published in a book. The little  artist  with a huge talent was thrilled by the recognition of her work when she was told that her name was going to be published in the book. From a very young child, he discovered his vocation and firmly assumes that he has talent, and that is why before he also participated in other competitions. In 2019, he won a programming contest where he won a trip to Disney as an award.

In addition, he is waiting for the result of another art contest, the Toyota Dream Car, which invited boys and girls from all over the world to draw the car of their dreams. The work of the girl of San Luis managed to position itself among the 10 best drawings. On this occasion he drew three red cars that have black wings and polka dots and are surrounded by flowers of many colors. The work is called “Los autitos de San Antonio. The prize for the winner of the contest is a trip to Japan. In the following link you can see Valentina's work: https://www.toyota.com.ar/actividades/concursos/dream-car-contest-2019

While awaiting the results of the contest, the  puntana  girl continues her Japanese and English studies through courses provided online. He also continues with his virtual school classes and also with an Art Teacher who began last year. The young woman who, thanks to her talent, positions San Luis at the top of art, continues to refine herself with tutorials on drawing techniques.

Undoubtedly, we are facing an artist who, at only 12 years old, has shown great talent at her young age, and not only puntanos should be proud of her, but also the rest of our country.