Home People Stories of people The genius of the bicycle

The genius of the bicycle

Cycling begins to become an option to live with ASD (Autism Spectrum Disorder). We tell you the origin of this idea. 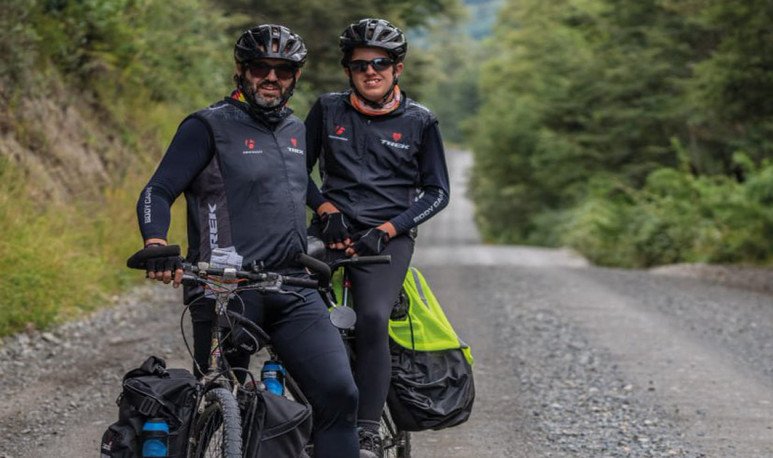 This is the story of Benjamín Machado  and his parents Mariela Hang and Rubén Machado  .  A trio that continues to break schemes and relying on their own stimulus goals so that the  Autism Spectrum Condition (CEA) is not an impediment.   Benja is a young man diagnosed with CEA and  received his tandem bike in mid-2020.

Cycling is the answer

This unsurpassed trio experienced great changes   and challenges in the quest  to improve the quality of life of the little one. His parents were listening to messages and suggestions from different specialists. They went through different disciplines, until they ran into  the councils of Juan Zemborián,  member of  Pulling Limits  , and faithful militant of  cycling as a response.  Juan, with his knowledge and experiences with his little diagnosed, knew how to accompany the Machado trio.

Ruben Machado says: “ I wanted Benjamin to play a sport.   We tried Yudo for two years, but did not get the results we expected and abandoned. In the search and after a talk with Juan, who was telling him that Benja has little balance and costs his fine motor skills,  he told me to try a tandem bike.  I asked him what that was  and he said he was going to change his life because this way, he's going to start  paying attention to his environment.  And so it was,”  said the father.

Where does this answer come from

Juan Zemborian rides by bike with his son Santiago, who has an unspecified generalized disorder (TGD) and autism spectrum syndrome . Together, they form the team  Pushing Limits.   This father and his son  from Buenos Aires are used to making  long routes, up to 80 kilometers, that they share through photos and videos with texts on the networks social team. 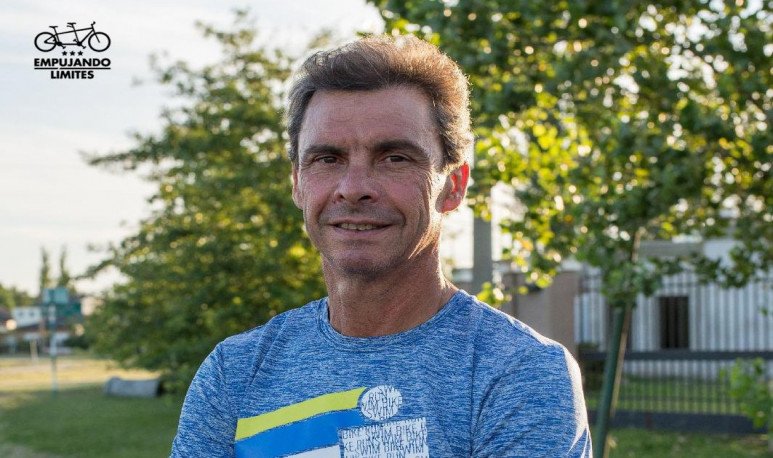 Because of the friendship they formed  they managed to get the contact to buy a tandem bike and  Mariela with her husband Rubén worked so that Benjamin can practice a sport and  enjoy it by improving your life . Since that moment in July when they began to  practice together and travel the first 10 kilometers,  Benjamin grew a lot, as much as to  make the 97 kilometers that separate San Francisco from Villa Concepción del Tío,  where they were last December 8 to visit the Sanctuary of Immaculate Conception.

On his first day , Benjamin got on the bike with mom and started doing the first meters together . Slowly, with  steadiness, care and desire;  they traveled about ten kilometers. And the result  was wonderful  because Benjamin was a happy child.  “ He was a little scared at first, but as we went forward,  he began to observe and pay attention to the details ,”  said Ruben. 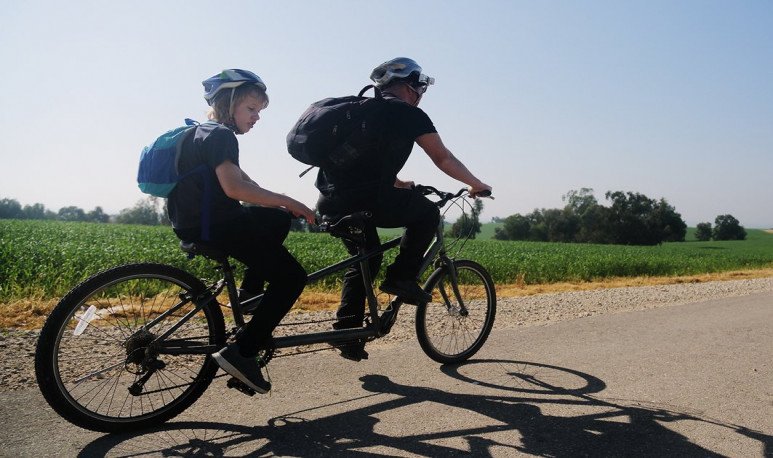 “ The dream this year was to reach the Villa (Concepción del Tío) to make  the 97 kilometers from  San Francisco to there. We wanted to go out with Benjamin from here and in Colonia Marina get him to the van where my brother was going as a support,  at no time did he say about getting on or that he was tired and made almost 97 kilometers without complaining, he came re well , “  explained his mom Mariela.

With the strength and encouragement of sports practice followed the journey and thus  reached the finish line fulfilling another promise,  although it will not be the last because  as a family they always have  new objectives .   “ We, in addition to doing sports with our child,  want the goal to get him out alone  . He has problems in fine motor skills and we tested with two bikes where he could not, so we decided to  buy the tandem model.  Our dream is to do it alone,  I know Benjamin will be able to achieve it , “  concluded his mother who together with Rubén are members of the group  “TGD Padres TEA San Francisco”.