The quarantine left a lot of people unable to return home. The odyssey of Santafesinos outside and Argentines who were stranded in Santa Fe. 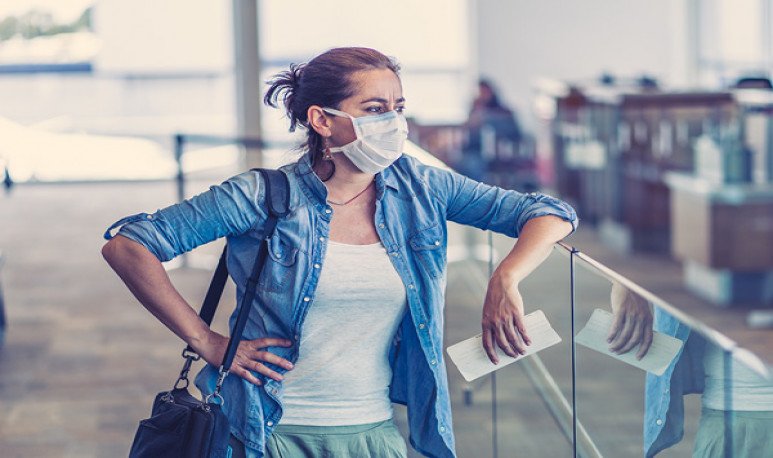 The COVID-19 pandemic and the imposition of a mandatory  quarantine  took by surprise  many Santafesinos who were unable  to return home. On the other side, many people who did not have their domicile in the provincial capital were stranded in the city. Faced with this complicated situation, the municipal state began to work firmly to  allow the return to different parts of the country . It is still accompanying so that around 35 citizens can return as soon as possible. In this context, the number that the city proudly holds is 82 . The necessary protocols and coordination were developed to enable 82 persons to return to their places of origin . I mean, all those people were in Santa Fe, but they weren't allowed to go home, elsewhere in the country.

When quarantine was determined by national decree, the Human Rights area received  consultations and requests for assistance through its networks and channels of care . As we explained, they were both from Santafesinos and Santafesinas who wanted to return to their homes, and from inhabitants of other localities that had remained in the city. Each case was initiated with the activation of a  protocol . The interesting thing is that they sought to dialogue with each of the people who required the help. They did so to assess the problem itself, considering that each case was different. From  persons with disabilities, to situations of limited economic resources and the need to obtain permits  in compliance with existing health protocols. In all cases, there was an imperative desire: to return home.

Stories back and forth

As an example, there are the stories of Emilio, who is from Berazategui (Buenos Aires) and  for family reasons he was stranded in Santa Fe . There was also Dora, who traveled to Córdoba, the quarantine took her there, and after a while she was able to return to Santa Fe. Dora had to stay there in a family member's house.  He started to see how he was doing  to get home. After a while he phoned the municipality of Santa Fe. They asked him for all his details and started the procedures. He's in his house today.

But there's the reverse case. Andrea had received in Santa Fe the visit of her  mother , who is from Rada Tilly (Chubut). On March 18, the president's announcement came and he was quarantined here in Santa Fe. Two or three weeks later she called the municipality, left a contact number and immediately called her. Thanks to  that they were able to coordinate a return trip.

As for Emilio's story, he is a native of Alto Verde, but lives in Berazategui 45 years ago. Her mom lives in Santa Fe and is 91 years old so she travels permanently. When quarantine was decreed for the pandemic, it was stranded in the provincial capital. She was aggravating:  she stayed at her mom's house and she couldn't see her because she was in a geriatric home.  His wife was able to contact authorities from Berazategui. From both sides, they made the steps so that Emilio could return home.