Home People Stories of people “The dead in the war are not counted, left to the side and follow...”

Oscar Garcia Lattuada (77), volunteer civilian and weapons captain tells us how he lived internally a war that left him with his heart completely full of scars. 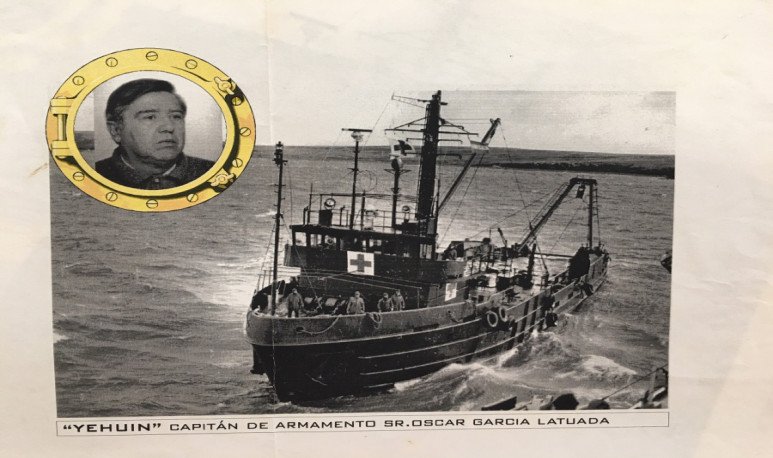 It gives some vertigo to meet a veteran of Falklands and ask him for an interview, it feels as if one sinks a finger into one of his sores. So we just said to him, “Tell what you want, show what you feel necessary...” and he replied, “I'm available, although this is very difficult...” with tears in his eyes and the voice slammed.

When the war broke out, he was in Buenos Aires and the owner of Geomards (Bridas group company for which he worked for many years) tells him “Oscar, you have to go deliver the ship to the navy, to be used in Falkvinas...” Oscar was in charge, at that time, of assembling all the ships, he was the one who knew the most about each of them. For the latter, when he went to deliver the “Yehuin” he was told that they needed to travel with them to guide and advise them without any mistakes. He didn't hesitate for a moment, he wanted to travel, so he just asked for authorization in the company, they gave it to them and there begins the story...

Getting to destination was very difficult, the waves were more than 5 meters and the winds of more than 180 km/h., but one day  May 1st 1982  they entered Falklands, a day he never forgets because as he tells us “That day the war broke out...”.

The English had mined the entire entrance to Puerto Argentino, but the Yehuín crew circumvaded the obstacles taking refuge in Puerto Yegua (it is on Isla Soledad) until 03/05 that the bombings stopped and could enter without problems.

They taught them at that very moment how to survive the war, what schedules and codes to handle so they don't open fire. After carrying everything they needed, they embarked to Puerto Howard (it is in Gran Malvina) and its surroundings, assisting the Argentine refugees with what they had inside the Yehuín.

That was their routine, sailing, rescuing food and taking them where they needed them. He did this for 3 long months. Where they never went cold or necessities, as he had personally taken care that everything was in a position to survive in those icy waters. He just says he felt freezing when he was on land, but in Yehuin he was with in a hotel.

His most striking anecdote was about a shock wave: a bomb hits Puerto Argentino around June 10, reaches his ship the wave “it is like a very strong wind that has an unforgettable sound” and makes it impact against the ship, generating a cranial fissure. He is placed in the hospital located in that port, attended by English and Argentines. To what he says, “The English saved my life. I was taken care of 10... a wonder. We already knew each other from the times I disembark to perform missions and they ended up wanting me like them.”

He stayed there for about 3 days, he was sent to Buenos Aires on a hospital ship “Bahia paraiso” that moved all the injured Argentines; “there I lived the worst of the war... we had almost no supplies, I treated them as I could, I wiped their wounds with a brush and lavandine. To those who could not heal, we had to amputate the limbs with a saw...” is what he says containing the sadness that is noticeable in his voice. When we asked him about the dead, he said to us without hesitation, “The dead in the war are not counted, left aside and it follows... the worst is the suffering of the wounded, that has no name, it really is what hurt me most about the war.”

For Oscar, we would have won if our soldiers had been prepared, as our planes were flying low without being detected by English radars and that would have been a great strategy to attack. The English were surprised at how we resisted and this is said Oscar, who talked to our attackers during his stay in the hospital.

He also tells us his indignation in front of all the envoys from other provinces, such as the soldiers of the province of Corrientes: the main regiment that participated was Mercedes and says that “those young people between 18 and 20 years old, inexperienced and full of fear, were sent to the die because their families were humble and could not travel to Buenos Aires. Aires to demonstrate in plaza de mayo...”. He explains that water was flowing out of the trenches and that caused that because they did not have the right equipment, they suffered diseases before they were reached by an English bomb or soldier.

His story became a bit cheerful when he told us that once, about 3 years ago, a former combatant curbed him in one act and said to him, “I know you, do you remember me? we were in Falkvinas and you saved my life.” He says several veterans have sent him letters with thanks, which he has kept as an invaluable treasure along with books that tell some of these anecdotes.

We wanted to know what happened to the mythical “Yehuín”? He tells us he went through a lot of places and even got to be close to him: “I was there, close to buying it, but the person who was going to negotiate my purchase betrayed me and sold on the other hand... Now he's in Montevideo and has Uruguayan flag, although it was declared a national heritage.”

After these little anecdotes, he showed us his decorations, the letters he wrote to his wife, photos, among other things. Soon, he will be appointed an illustrious citizen with other veterans. A lot of well-deserved pride.

In addition, he wanted us to invite everyone to the vigil that takes place this 01/04 in Villa Adelina (Northern Zone of the GBA), to await the arrival of 02/04 with all those who participated in some way and survived. 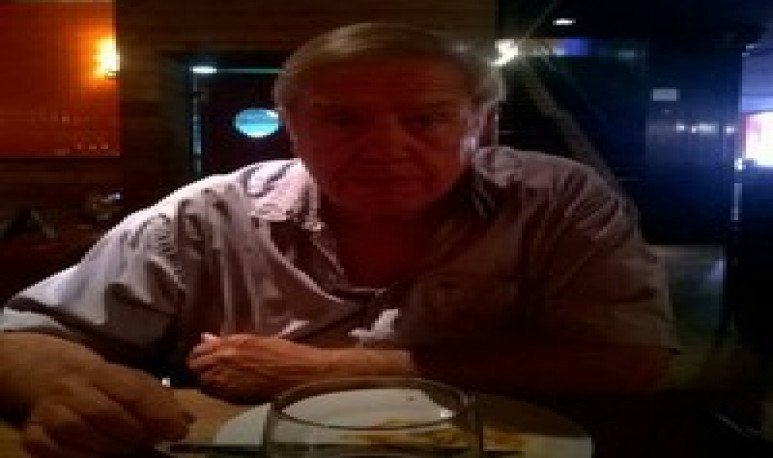 Currently, Oscar lives in San Isidro and is 77 years old, enjoys his 4 children, his wife and his little granddaughter, he still dedicates himself to nautical business that he defines as a passion that never ends and lives with the intact memories of his participation in this conflict that made him what is today an “illustrious citizen”.