Home People Stories of people The Conservative to the Rescue

What started as a day of crossing ended with a shipwreck. An entrerriana family managed to shelter in the water with the help of a conservative. 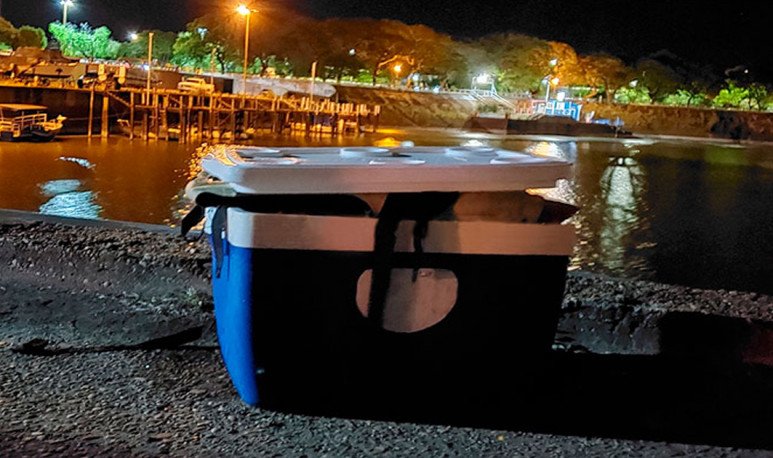 Can we take a moment to remember Titanic's plot? We calculate that at this point we are not doing spoilers. The blockbuster  film  tells the story of two young people who fall in love, a sinking cruise ship and a wooden door. Thus, the object that commonly serves to enter spaces became a fundamental key to survival for one of the protagonists.  The unusual thing is that something similar happened in a city of Entre Rios, but this time the heroine was a conservative. Thanks to human ingenuity and an unexpected feature, the object served to enable seven people to hold themselves until they were rescued.

The story began with  a family from  Federación   who decided to spend a day in the  nature . It was composed of  two adults and five children  looking for some outdoor entertainment. Then, with the sundown, they climbed aboard a catamaran to transport around the lake back home . However, around 19, they noticed that something hit them on one of the floats of the boat they were traveling on. This impact caused the ship to begin to sink on one side in a few minutes. And that, later, ended up turning completely.

According to Radio City, the event occurred near the city of Santa Ana and kept Federaenses in a disposition. The affected people did not have time for anything and as a first reaction they were able to throw themselves into the  water .  While everyone had the life jackets on, there was one responsible for keeping them together: the conservative . Yes, that faithful friend who accompanies us during the voyages and who is responsible for maintaining the correct temperature. It is also the one that we all take turns taking because nobody wants to carry it because of its heaviness. With its handle, vivid colors and various sizes, we can now add back functionality to it in case of shipwrecks.

Returning to the story, the family realized in the midst of desperation that the conservative was within reach. In fact, she was hooked by starboard, so they grabbed her and they locked her up. The goal was to create an improvised buoy that kept them sheltered for more than six hours on the Uruguay River. Which presented its complications as a result of the strong surf. So the object's role was key for locals to stay together and with additional buoyancy help. In addition, he won them time while the naval authorities were looking for them nonstop.

Another key aspect to finding the family in time and in shape was the cell phone of one of the children. It was the only means of communication available and served to call the police and prefectural forces. However, after the warning, the search operation was very difficult because of the hour, the vastness of the lake and the darkness. But the good thing is that  they were finally rescued and everyone arrived at the port of Federación in the early morning . What we can be sure is that they will never hesitate to go out or not with a conservative in hand again.