A rosarino made a kitchen that won the award for the best in the world. 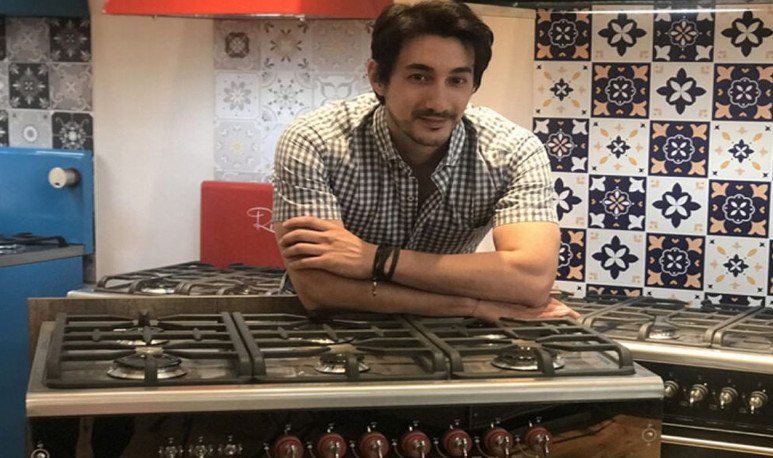 Rosarino Matías Ferreyra designed a kitchen that was chosen as the best in the world. The entrepreneur presented his work at the International Fair Good Design Awards, where the most prestigious brands compete.

Matías Ferreyra has been designing kitchens for 11 years. The 33-year-old rosarino devised a home kitchen that  is distinguished by its traditional and practical design.  He called this kitchen “Folium” which turned out to be a big winner. It features heat-resistant knobs (as used by airplanes) and cut with heart shapes, made of steel and hand welded. In turn, the oven was designed with surround heat, like those from French bakery, which are the best in the field, and l ogra the same cooking effect as a clay oven .

Furnace and anafe designs compete for technology. Most have screens, automatic switch-on or Bluetooth-enabled systems, and all that can't be done in Argentina. That's why the young man managed to innovate something different. A little was a return to the past, as well as thinking about  materials that are manufactured in the country.

Given the originality, Rosarino decided to present his work at the international fair where the best brands in the world compete for the field: from Apple in technology, to Google on the internet and Ferrari in the car design. Ferreyra was the first to be surprised when  he received an email from the United States  where he was notified that the kitchen he had designed and manufactured with 100% Argentine materials  had won the first prize in its category.

In Rosario, Matías has a place in Spain at 900, where he himself serves customers.

What is the secret of the winning kitchen?

Matias explains that the oven burner is small, the size of a burner. But it manages to heat more than 250 degrees, with which a very large gas saving is achieved. In addition, it brings out the most even cooking, something that surpasses Italian cuisines,  which are leaders in the market.

The kitchen has a minimalist design, is fully mirrored and the knobs are red. In addition, Ferreyra added an addition: a small grill that is placed on a cooktop and allows to cook for few people, without the need to turn on the oven. This also saves energy. In addition, it has a hob for making pizza to the stone. He did this by trying to combine the strength of American cuisine and the delicacy of Italian cuisine.

Anyway, the innovative Rosarino ensures that  if there is a secret to this success, it is to listen to customers and cooks.  He personally caters to the people who come to the premises and listens to them. He says that, based on his needs, he creates the designs.

Good Design Awards is one of the most prestigious and internationally recognized events in the world of architecture and design. It is organized by the Chicago Athenaeum Museum of Architecture and Design, and this year's winners will exhibit their products at this museum in Chicago.

In order to participate in this competition it is a requirement that products meet certain quality standards that make it very difficult for domestic products to participate. However, Ferreryra was encouraged, and sent her proposal without thinking she would be the winner.  Those who know Matías confirm that the excitement of the prize was very great.  He never imagined he'd win. The award is a seal of quality for the products he has been designing for more than a decade.