Home People Stories of people The angel of Florence

The angel of Florence

After the death of his My child, Florence discovered the way to follow: to help others who walk through what she went through. 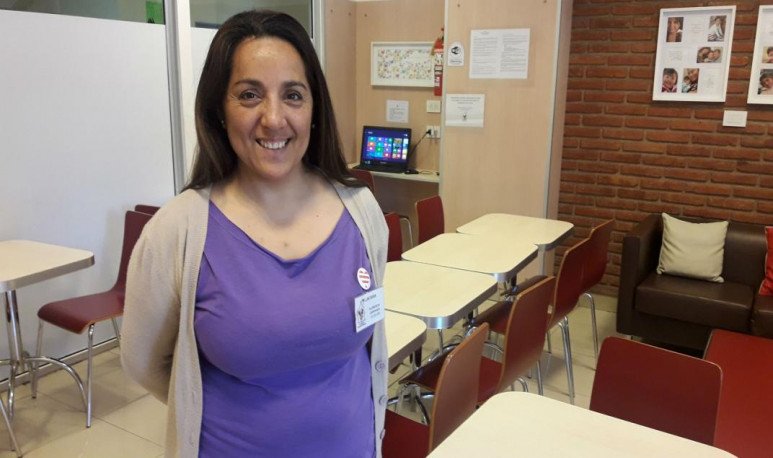 There are people who come to the world just to teach us something. They go through our lives very briefly, and when they leave, we're no longer the same. In the case of  Florencia Carranza , that person was his little  daughter Mia , who  died  at the age of three and a half. His mom was able to channel that sad  loss  in the most positive way: helping others who go through their same situation.

Mia suffered different health problems that took her from this world very soon. During her stay, her parents received support and containment in the  Family Room of the Children's Hospital of the Holy Trinity,  where they shared those difficult times with others who were going through similar situations. Today,  Florence  is working as a  volunteer  in the same  Family Room,  which is one of the assistance programs available to the   Association Casa de Ronald McDonald's in Cordoba.

When Mia passed away,  Florence  was clear the way she should follow: she felt the need to return a little bit of all that she had received for so long there. It was then that he enrolled as a  volunteer  and began to provide accompaniment to other parents. In this way, Mine is always present to her, because she taught her that life is valued from the smallest details.

It is known that the loss of a child is the most difficult pain to go through. It's a duel that parents go through for a lifetime. Associations such as “Rebirth” work in the country decades ago bringing together mothers and fathers who suffered the death of their children so that they have a space where they can share their journey of distress and give strength to each other.

The NGO conducts talks and various activities in which we talk about how to cross grief and follow in the best possible way, understanding that there are many reasons to continue alive.

Oscar Guardo, one of the precursors of this project, recalled in an interview that at the beginning of Renacer “there was no place of restraint for parents who had lost their children. Then, the bases of Renacer were sought in Tucumán, and after two years of preparation we started the activity in this province.”

He also reported that tree planting is one of the most common and valued actions of the NGO: “... the planting of trees is maintained to this day. So every year we approach Parque Oeste to reforest this place, bringing new species and protecting those who are already there,” he said.

Approximately every fortnight there is a new father or mother approaching the Association wanting to be part because he has lost a child. They are immediately welcomed and an atmosphere of trust and containment is created with parents who have already participated in Rebirth for some time.

The Organization works together with other solidarity associations and holds meetings twice a month with the member parents. It also develops activities for the whole society, dealing with issues  of traffic accident  prevention and congenital diseases  , among others. In addition, the Renacer team gives talks in different schools in the area with the intention of continuing the prevention path so that fewer and fewer families suffer avoidable deaths.

There are many angels like Mine who left this world ahead of time. And fortunately, there are also angels on earth who invest time, love and energy in helping people who are immersed in the deepest sadness. All this teaches us that willingly we can contribute to a better society and that it is essential to build community. Examples of life.