In a century of life,  Felipa  probably lived many things. What he probably never imagined was reaching  100 years of age  and having to spend his birthday isolated from his loved ones. However, this supergrandmother was able to enjoy the affection of her family and her neighbors while she is   quarantine     in the district of  Beccar , province of Buenos Aires.

Felipa Ochoa  was born on May 2, 1920 in  Salta   . At the age of 22, she faced alone the adventure of moving to Buenos Aires, where she wanted to build her own home and work. Before he bought the land, however, he met  Simon , a Ukrainian immigrant who barely spoke Spanish. But love has other codes: he proposed to marry and buy the land together. That's how a great   love story  began.

In 1947  they built their home in Beccar  and began to form their  family , which today consists of two children, six grandchildren and three great-grandchildren. Felipa had shops in the neighborhood for many years, so everyone knows her.  She is a very dear and well-groomed neighbor : everyone cares about knowing how she is doing, especially during the delicate  situation we are going through .

His   100th birthday   , then, was isolated, but full of love. His grandchildren brought him a cake, chocolates and a bottle of whiskey. And during that day,  the  phone  didn't stop ringing . In addition to her family, the whole neighborhood communicated with her to greet her. Felipa was able to receive everyone's affection, despite the distances. He does not complain and wait, soon, to be able to celebrate it as he deserves, with a long table accompanied by all his  loved ones . 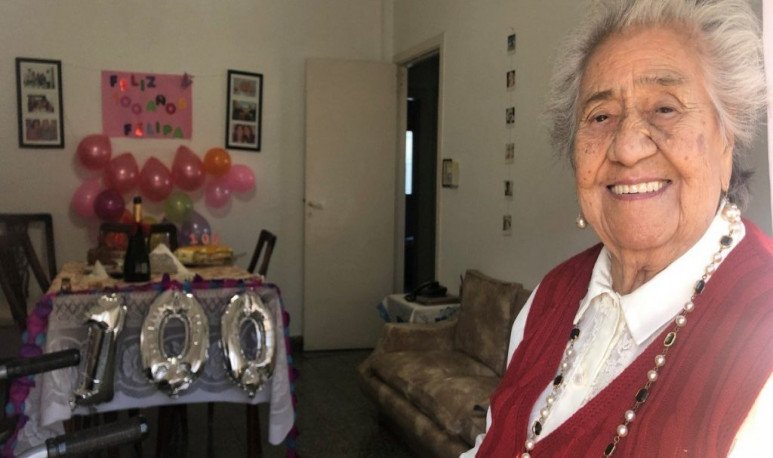