Maria Celia Palczewicz became the first woman to reach the post of general commissioner of the Misiones Police. 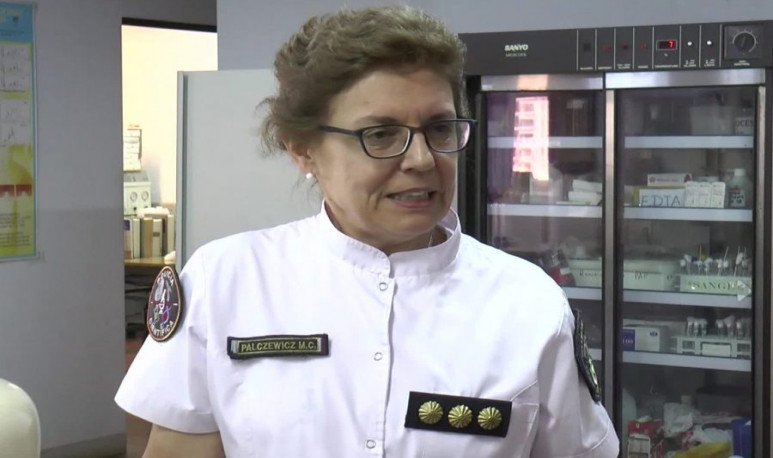 It seems not, but yes: little by little, boundaries are being erased and gender issues are having less weight in areas where, historically, masculine prevailed. In this case, in the Police: Maria Celia Palczewicz became the first woman to reach the post of General Commissioner of the Mission  Police  .

With 55 years — and 28 in the force — Palczewicz is considered a “passionate” of criminal investigation. In 1990, after receiving biochemistry at the National University of Misiones, he decided to enter the police. At that time, only professional women were admitted to the force.
During his nearly three decades of police work, he specialized in narcotics and scientific crime research, both in the country and in the United Nations. He also trained in analytics, as the Scientific Police laboratory requires the use of equipment of high technological complexity.
Today she has to be the first woman to hold the highest office, which opens the way for others to arrive later.

A long way traveled and to go

Maria Cecilia's case is not the only one. There are, every day and in all areas,  women  who break the structures and the symbolic ceiling that touches them only because of their gender. In some areas this is more difficult than in others, but luckily we always have the  pioneers .

A few years ago, Mabel Franco became the first female commissioner of the Federal Police, the maximum degree of that force. She is a lawyer and has a long history in addressing gender issues. He joined the police in 1976,  “mostly because of a job need, but soon I realized that this was my vocation,” he said. Later, with the support of his bosses and firm in his convictions, he registered as a senior officer.

“ At first I was in police stations, then I went to the juvenile station and later, in 1995, I joined the center of attention to victims of sexual violence, something that was new at that time.”  Since then, it has been working daily to protect women's rights.  “ In crimes of gender-based violence, whistleblowers generally look for another woman to make the complaint, to open up, in that sense our work has been very important.”

Thanks to the  push of women  such as Mabel and so many others, official institutions such as the Federal Police have specific services to assist women victims of sexual violence, family violence, and other gender issues.  “ Women had to go on a path since we entered, and when we received from officers we showed that women and men are on an equal footing. I think that today we women are in all the administrative and operational areas of the force,”  says the Commissioner.

Regarding his ascent, Franco stressed that  “it is like a cluster of sensations, on the one hand is to reach the last hierarchy of the race, which is a great personal and family achievement; on the other hand one feels that at this moment he is represented to the genre, which shows that this can be achieved with effort and commitment. I am always in touch with the new agents in everyday work, and when one sees them almost as in a mirror of the beginning itself, he realizes how important to access higher hierarchies.”

The new commissioner recalled that when she entered the force there were no female commissioners general, and today any of the girls who enter knows that they can aspire to a career to the highest hierarchy.