Home People Stories of people Stones of the Universe: The Entrerriano game that brings together regional elements and characters

A family from Paraná created a new board game that combines culture, history and native nature so that we can learn entertaining. 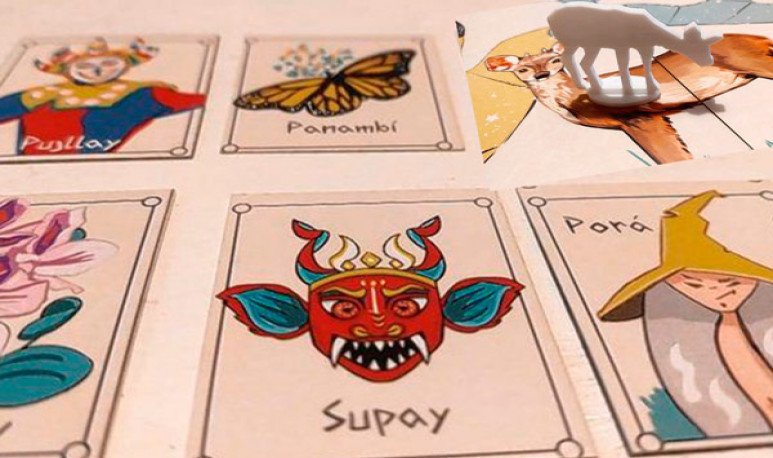 Iván Taylor , his sons and his partner's daughter devised a proposal to cut with the monotony of the already known. It happens that the playful activities they had at home had started to bore them. Therefore, they decided to build  a board with their own narrative  and, among all, create a format from scratch.  From there was born “Piedras del Universo”, a  game  inspired by stories common to ancient peoples   . The base is divided into the four elements of nature and contains chips, charts and animals of the regional fauna. It also incorporates characters that help players achieve their goal. While the goal to pursue is to achieve a balance with the environment.

About the emergence, the young entrepreneur reported that the children had asked him to buy a board game. However, when they went to the supermarket they realized they didn't find him talking about the area or our culture. So the theme is linked to  original legends and  myths   . Although also to  natural phenomena and close geographical accidents . To put it together, they started in the most artisanal way possible, starting by painting and drawing the cards. One of the little ones gave up her dolls to experiment with the project. Then it was time to draw up the rules and functioning.

The  purpose  of the game is  to find four stones  , which are represented by pyramids, and are located in the center of the board. In parallel, participants play with avatars to fulfill the main mission, which is to enter a few trails. Then, they must occupy spaces that serve as protection to try to reach the stones before the other players.  In the course of the adventure we can see represented indigenous  animals  such as guazuncho, hummingbird, el dorado or guazú aguará . In addition, the proposal is committed to inclusion so that no one stays outside. In fact, on one side, the pieces have in  braille language  the name of each species.

Like every new project, it took time to adapt it to reality. However, with a few weeks of testing its creators could see that the initiative can be segmented. That is, as ages change, the rules can also. So during the match no competitor loses, nor is he eliminated, until someone does not get all four stones. On the capacity of members, the game has a standard structure of 4 participants, but supports up to 8. And it really is worth being experienced, mostly because of the educational profile it promotes. Even, in the instruction book there is a part where the legends and mystical characters of the region are explained.

Confinement forced us to look for new ways to invest time. And one of the  greatest challenges  was how  to encourage the heads of the little ones  . Of course, screens should not be demonized, nor are they a bad resource. But can we really compare them with the awakening of imagination? This game also came to provide an  alternative proposal  that brings together our loved ones to have a good time. Looks like he's gonna stay for a while, at least it's his inventor's plans. The intention is to  make it accessible to everyone , from the youngest to the elderly.