Home People Stories of people Solidarity with the stick

A young man went to school barefoot because he couldn't get sneakers of his size, 49. His teacher, a tweet and solidarity were the solution. 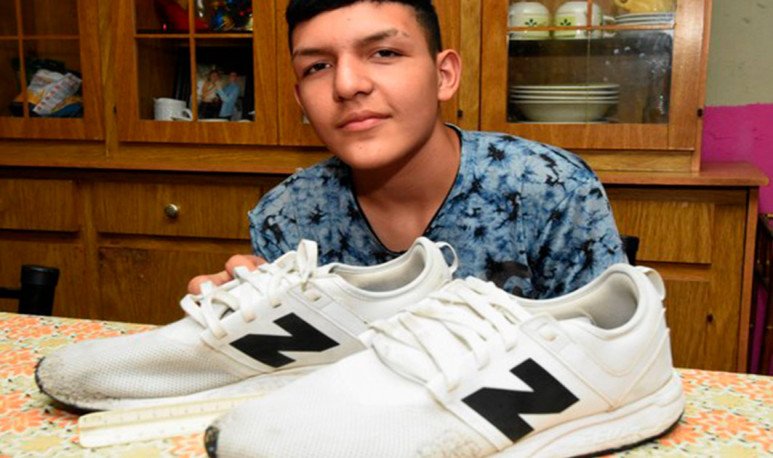 Nahuel Roque is 14 years old and an extreme height.That's why, like every person in Mendoza, he finds it difficult to get clothes and, above all, slippers of his size , which is no more or less than 49 .  His family is not very wealthy financially. So,  in the first days of classes he attended school barefoot,  literally. In warning of this situation,  his  teacher , Nadia Flores, began a campaign of solidarity.

Using social media,  Nadia was able to contact thousands of people, from shoe factories to famous people who once went through a similar situation, such as   Fabricio Ober  t  o .  The teacher posted a tweet  saying: “Call for solidarity, those who have 48.5 sneakers, my student is attending literally barefoot because his family can't afford the expenses (they will know that only some brands make up to those numbers). Thank you very much.”

In less than a day,  the message received more than 4,000 replies . The key was that the tweet reached the basketball player of the  Golden Generation  and the NBA. This retweeted and the thing exploded. In addition, Oberto himself donated a pair of his shoes, showing his solidarity.

The student received at least two parcels not only with sneakers, they also sent him clothes, because he is tall and difficult to get with his bearing.Even when the news began to circulate in the local media, the Club Regatas contacted to help .

Nahuel's mom  commented that, at all times, she did everything possible to get her son the right shoes to go to school. He even went to talk to have the bench kept while the shoemaker arranged for him a size 46 that had been donated to him.