Caminos Solidarios Argentina provides food, clothing and containment to the, unfortunately, more and more compatriots living on the streets. 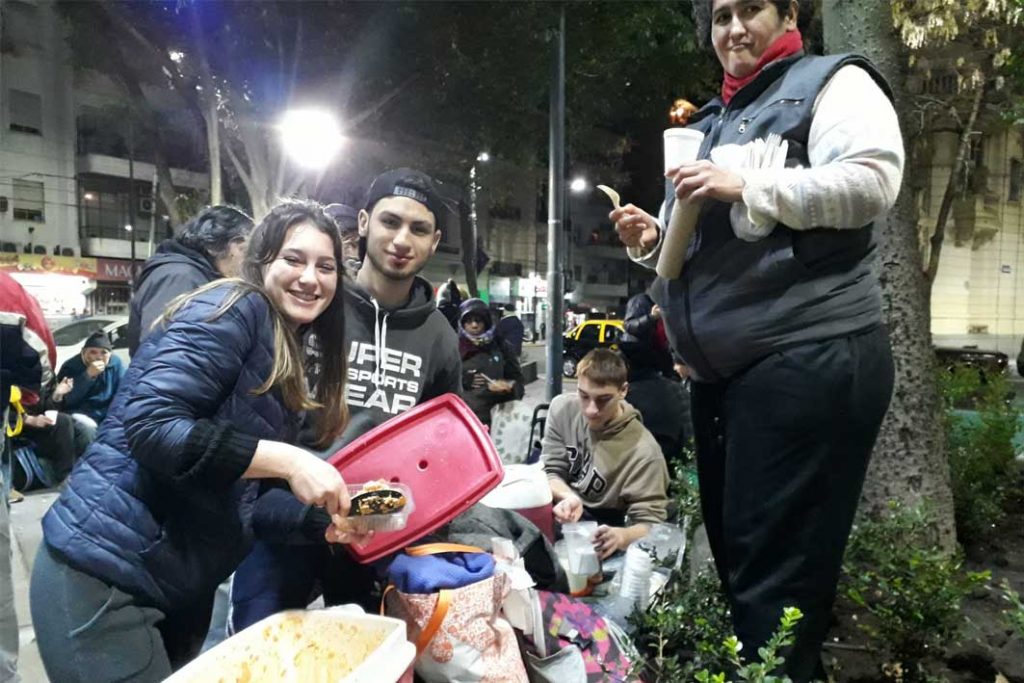 Caminos Solidarios Argentina is a group that, from Sunday to Friday, goes through different neighborhoods of Buenos Aires providing food, clothing and containment to the people, unfortunately, more and more compatriots living in the streets.

Alejandro Leone, one of the volunteers, says that “there is everything on the street. Sometimes you get them to go ahead and that's beautiful.” And there is nothing left but to applaud and encourage him, because the complaint is easy. Argentines, it's true, we have a reputation for solidarity. And we tend to be, but we usually wait for a tragedy or a catastrophe to prove it. We are not in solidarity with the next door, with the neighbor, with the co-worker. And that, perhaps, is one of the differentials of people like the one that composes Caminos Solidarios Argentina.

The volunteers gather around eight o'clock in the evening at one of the points that previously established in many of the neighborhoods of Buenos Aires. Gather donations and things that they themselves bought and put together a kind of “combos” that include food, clothing and hygiene items. But it doesn't all end there.

The volunteers also stay to eat and chat with fellow countrymen to whom they extend a hand. Seeing them then, a bond is formed, something necessary for any human being. Those who live on the street say that perhaps the hardest part of their situation is to be systematically ignored. Perhaps because some people will be afraid, to other fear, or even a pain difficult to endure, people look for another side when he sees some tramp. Cross over looks with someone else is what they miss most.

By last, something that is also known but that the volunteers of Caminos Solidarios confirm: the neediest are the that help the most. People who are just a little better, or who were in that situation and managed to get out, better understand the ordeal through which these people go through. So you know: the next time you meet someone in a situation of street, as well as a coin, give him a smile. They may be changing the day of a person with such a gesture small like that.