Home People Stories of people Solidarity is the best roof

Neighbors in the San Lorenzo area, in Salta, raised money to buy a box and help a woman who sold newspapers on the street. 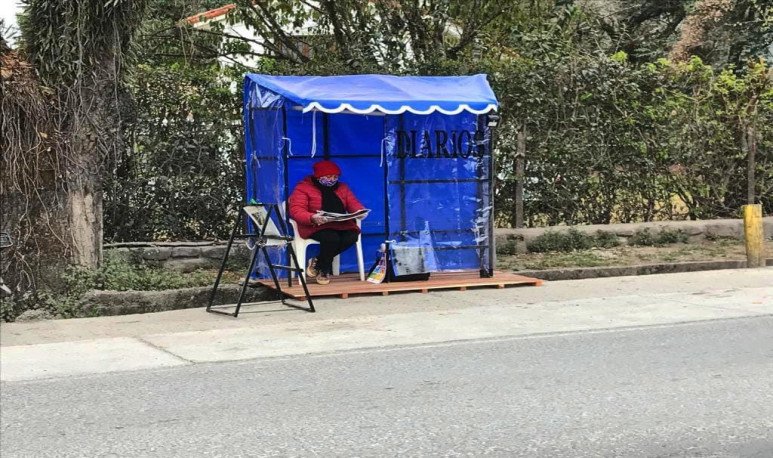 Undoubtedly,   solidarity   is one of the most important values in our times. Confinement and social isolation made it impossible to carry out many activities, especially those linked to  street sales . Many people stopped earning income because they were unable to go out to sell or because of the little or no circulation of people. However, there are those who have no choice and need to work regardless of whether they are exposed or not because they mostly  have no other way out.

This was the case of a woman, from Salta, whose daily work takes her near a gas station every day.   Despite having worked for 25 years, he could not raise the money to buy a position that would allow him to endure cool days or hot salta evenings. Day after day, the woman becomes present in this space and, in fact, she is the only one who performs this kind of work in the area.  Her tenacity and perseverance did not go unnoticed by  the neighbors of the area, who saw the plight of the worker and decided to carry out a  solidarity action  worthy of imitating.

The story of Doña Soliana

Doña Soliana works in a newspaper stand in  San Lorenzo , located about 10 minutes from the capital of the province of Salta. The last two decades he worked in the area selling newspapers, but without a box. It was always located near a refinery and, over time, managed to win the affection of its neighbors, who collaborated to buy a newspaper stand to stop working outdoors.

It was Mariza, a neighbor of San Lorenzo, who shared the story of Soliana through social networks. It was the woman who took the initiative to help Soliana. He said he decided  to sell guava sweets  for the purpose of raising money and thus buy the box. He also expressed the need for many people who work outdoors and  do not have space to travel long working hours.

“Hello, girls, I want to thank you wholeheartedly for helping me by buying my guava sweets because thanks to it (with the amount raised) today Doña Soliana has her newspaper stand,” said Mariza on her Facebook account.

Mariza explained that publishing the donation had no other purpose, but to thank everyone who bought her sweets and made it possible for  Soliana to sell her newspapers in better conditions . The  woman's solidarity  motivated another neighbor to buy the wooden floor so that the post is not supported on the ground.

The  gesture  quickly went viral through social media and people celebrated  the new Soliana tent . In addition, they stressed the importance of carrying out more such events, as many are going through a  delicate time in their economy , which was aggrieved by the pandemic.

“It is the only newspaper we have in San Lorenzo and has been working in the open every day of the year by the Refiner for almost 25 years.I know that there are several vendors from different sectors who also work outdoors and I would love that we can all work together to eradicate such bad conditions in which they work. I am very happy for what has been achieved and again thanks to ALL”, concludes the post.