Margarita Medina is a Jujeña who, together with her foundation, seeks to open avenues of thought and action in young people through solidarity coaching. 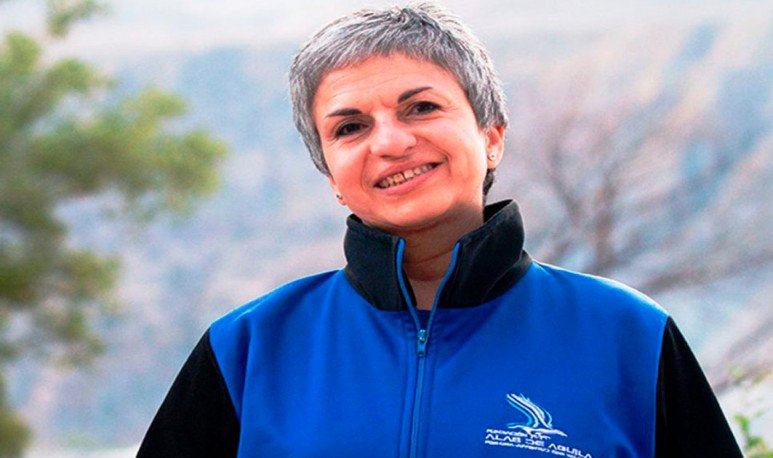 Margarita Medina is a Jujeña who, together with her husband and other families, have set out to change the reality of her province. Above all, change and influence children and adolescents who have no certainties about the future and have insecurities. Margarita Medina is part of the Alas de Águila Foundation. It facilitates leadership workshops, training, education, radio and television workshops, among other things, for young people throughout the province. She is a promoter of supportive coaching, who uses her knowledge to guide others.

Margarita Medina took the eagle as a reference because it is a bird that can fly through the storms, but also above them. With this concept it seeks to guide young people so that they can make their decisions, organize their projects and put themselves above adversities.

Together with her husband and the other families of the foundation, they have toured the entire province of Jujuy. It's a task that takes more than 10 years. Their community work is recognized by the other institutions: schools invite them to pass on their knowledge and ways of dealing with reality.

The proposal of solidarity coaching is the promotion of social leadership. This task has a great impact on young Jujeños who take advantage of it, and also on their families. Minds open up; the possibilities of response to a situation, too. Changing the way they think, they manage to change the way they live and that is the message of Fundación Alas de Águila.

Margarita Medina's dream comes true every kilometer she travels, with every young woman she inspires. We could say that it is sowing seeds, but in reality Medina, with solidarity coaching, does something else: it allows young people to choose which seed to sow on their own, c&how to sow it and how to grow it.

Ricardo Oyarce: “Things in basketball will change for the better”

Sebastian: the Dakar in Cordoba