A Salta who has lived in Mendoza for many years has been carrying out an important solidarity campaign to help the Wichis communities. 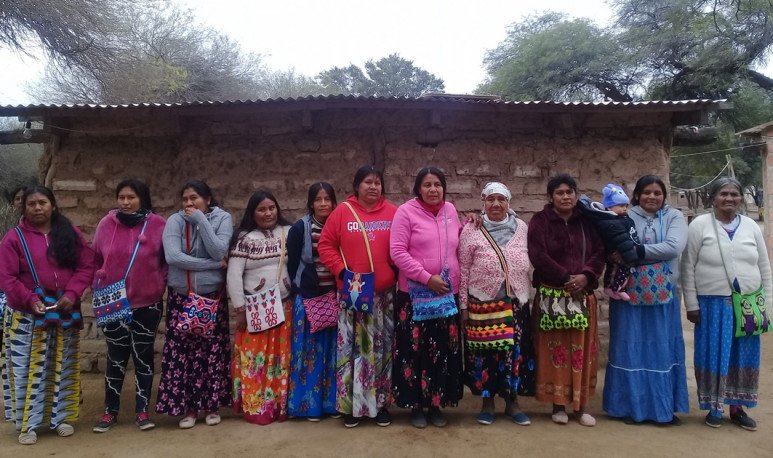 The native peoples and historic communities of Mendoza are based on the huarpes, about which we have already told something on   this site . Usually, aid and measures to favour our origins are taken with them in mind. However, from Luciana Barbarán's presence in Mendoza, it  is the Wichis who will benefit from the solidarity campaign organized by Salta.  This is an idea that seeks to gather food and clothing for the communities of his native province, Salta.

Luciana was born in the north of our country, accompanying her family, she came to Mendoza as a child. However, he never forgot where he came from.  His native Salta has been present in his memory, permanently, keeping alert to the needs of an important section of the Salta population, especially some Wichis communities in Tartagal.

Wichis are an indigenous ethnic group from Central Chaco and Chaco Austral  in South America  .  They live mainly in Argentina and less in Bolivia , the populations that inhabited Paraguay settled in Argentina during the Chaco War.  The 2010 National Population Census  in Argentina revealed the existence of 50,419 Wichis throughout the country, of which 19,819 lived in the province of Salta; 14,472 in Formosa province; 5,586 in the 24 parties in Greater Buenos Aires; 4,629 in the province of Chaco; and 172, in La Rioja.

To try to contribute something, Luciana organized a solidarity campaign in Mendoza, which consists of the collection of food, clothing and medicines. But in addition,  he's trying to gather a little more merchandise and send it to his province. She is defined as Mendoza by adoption, and “salteña of birth and passion”.  He is 42 years old and arrived in Mendoza when he was 12, but his family lives in  Salta . He has always intended to return, even tried at age 20, but he assures that living in his province is very complicated, especially in his area, where there is a lot of poverty. Here, in Mendoza, he lives in Godoy Cruz, half a block from the mythical canteen of Club Andes Talleres.

His solidarity and  empathy with the Wichis has to do with his grandfather, who was born in such a community and raised on the mountain.  Thus, she has also been hungry, and that is why the shortcomings in which some sections of the Salta population live through it, move it and tries to do something. Luciana is confident that, for all the things described, anyone who visits jumps will leave a little bit of his heart there.

Solidarity as a philosophy of life

Solidarity is something that has always mobilized Luciana. Even in Mendoza he has also helped many dining rooms and picnenderos, although he is sure that people here are very supportive, and the needs are being solved . But in Salta, aid is not enough, where malnutrition levels, in some sectors, are severe, with children from Wichis communities who are in a state of cachexia, a state of extreme malnutrition that causes muscle atrophy, fatigue and weakness. And  Tartagal  is the most complex area.

That is why, linked to the NGO Aynis in Salta,  Luciana began a long time ago to carry out a solidarity campaign in Mendoza. He got the help of a lot of people. Non-perishable food, water, paracetamol (due to the dengue epidemic), clothing, footwear, toys and other items are what has been achieved.  He tells that he is now trying to gather a little more merchandise and that, most importantly, is to try to resolve the transfer from one province to the other.Luciana imagines some army truck or transport that passes a possible budget, or that one of the provincial states can subsidize.