Home People Stories of people Sheet music for the blind

Mauro is a Santafesino musician who transcribes scores to the Braille system. He was a pioneer in the provincial capital. Get to know his story of solidarity. 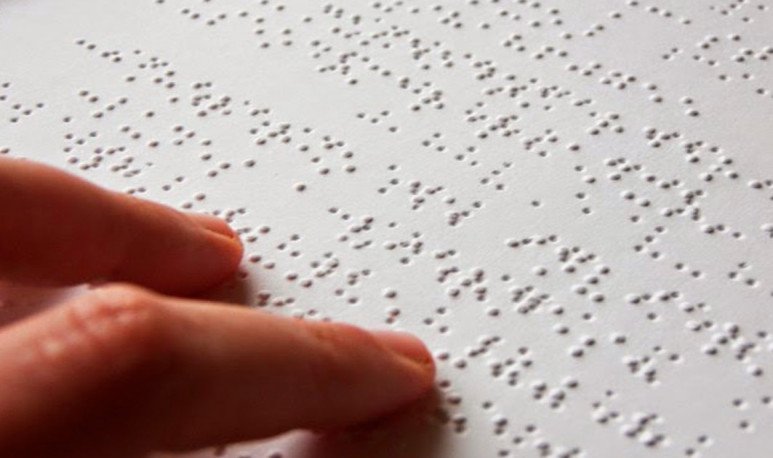 Among the many difficulties faced by blind people in their daily lives are those related to artistic activity. If you're a musician, and you can't see, how do you study? I mean, we're the musicians by ear. And many blind people learn that way. But if you want to be “seriously” in music, you need some kind of adaptation of the scores.

Louis Braillehimself, famous for his model of reading and writing for the blind, created a system of scores. But this one never had much spread. At least not as much as it should.

Mauro de Giovanni is a teacher and musician Santafesino to whom life itself made him open his eyes. Literally open them by those who can not do itr. In 2001, Mauro began studying music and met a companion who was blind by birth. “From there I began to record his notes with a journalistrecorder, on batteries, provided by his father,” he says that at that time all this was new, “blind people almost didn't were studying at universities.”

The experience with his friend marked him so much that he never stopped getting involved in the subject again. He began working ad honorem in institutions for which he recorded dissemination and training materials. At that time he learned the Braille system.

“Once I acquired knowledge, I disciplined myself to study every day a little. They lent me a braille machine that I used almost 10 years to study. Every day he wrote Braille. Gradually I wrote the first scores, which I still keep!, it was amazing what I felt when I started writing.I had an idea: to get a library of Braille scores. ”

The musical system of Louis Braille has its genesis just before 1829, in Paris, France. It consists of six dots, which are located vertically and read from top to bottom and left to right, the denomination for any combination was called a cell. The final conclusions were presented in a book where he exposes his Text and Music system . Worldwide, there are organizations that have studied the various International Manuals. They transcribe ink materials into Braille by digital means, and then print them on the Braille printer.

In Argentina there was the Argentine Manual of Braille musicography. “At one time, it was taught in schools and had a more fluid character,” Mauro says.

Mauro wrote scores that he delivered to the library of the Instituto Superior de Música of the Universidad Nacional del Litoral (UNL). In 2010 he joined the Ministry of Welfare of the institution, in the area of accessibility. The path of Braille led him to give talks and to continue developing scores, some for very important events such as Trombonanza. The saintly blind musicians began to have material. “Little by little, Braille music became visible in Santa Fe and my goal of forming a library of scores became more and more tangible.”

The provincial government and UNL awarded Mauro two awards for being the first Santafesino to make scores in Braille.

The particularity of the work of this musician made him a whole specialist. His work began to be requested from all over Argentina and even from other countries.

The Municipality of Santa Fe declared the library project of interest . “There, directly, he grew to institutionalization.”

After a tense wait of more than a year was born, in May 2019, the long-awaited library, which operates at the Municipal Lyceum Antonio Fuentes Del Arco. The work is done by digitizing material from the different chairs and also material that would be used for the different instruments. “The aim is to transcribe more and more, to form a library stocked with instruments, as well as choral and orchestral music. And that all these materials are given free to blind people,” the musician expects.

Mauro's dream is to achieve a society where the blind are stopped from being treated from a welfare perspective. “We have to understand that they are normal people, like the ones you can see.” Achievements like this Braille library add up a lot, but, on a social level, we need to grow in terms of inclusion.