We tell you the moving story of a tucumana who, despite many sticks on the wheel, promises to shine at Teatro Colón. 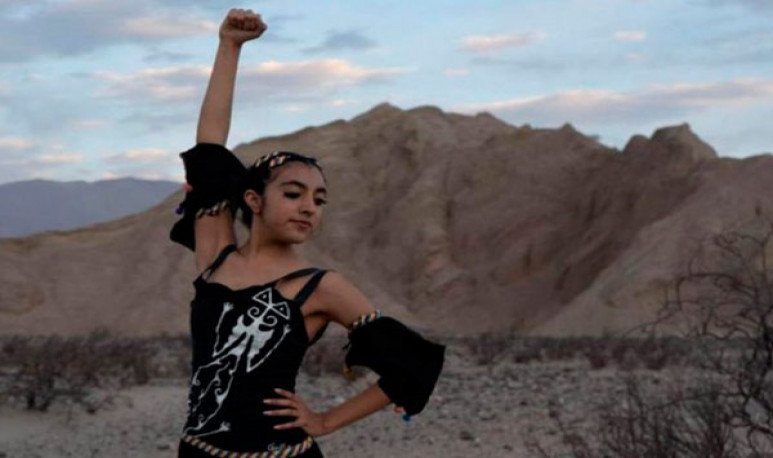 Agostina Arreguez  lives in Amaicha del Valle,  Tucumán . She is 15 years old and since she was a child she discovered what she is passionate about: dance. The teenager practiced the movements guided by YouTube videos, and then through a choreography taught her by her teacher, Yanina Llanes.Inspired by a segment of the film  Fantasia , the video came to the eyes of Argentine ballet master  Julio Bocca . In this way, the moving story of a tucumana begins that, thanks to her love for dance and her talent, promises to shine at Teatro Colón.

Lucho and Samanta are  Agostina 's parents, both are teachers and, in 2000, they created the first Argentine Folk Dance School in Amaicha.Since her daughter was very young, they began taking her to classes to learn how to dance, but Agostina at her young age (3 years) showed that she did not like folklore. There was no case, the girl was born for classical  dance , she had analyzed her mother, while thinking about which school could enroll your daughter, and some options emerged, but all temporary.

Stones on the wheel

Ten years ago, the first alternative was in Santa Maria,  Catamarca . Agostina's mother would look for her through the kindergarten and, during the trip to that province, she would comb and wear her so as not to waste time when they arrived at destination. Once I finished class with a dance teacher from that place, they would go out to the runs to take the collective back to Amaicha.

Then, one day Agostina's mother saw a poster in a village library where she said that classical dance classes would be taught with a teacher received at the Columbus and that's where Agostina was the first to sign up and no longer had to travel to Catamarca. It should be noted that this type of dance was the first time that was going to be seen in Amaicha. The new teacher of the girl, Paula Violante, taught   her for two years, as she later had to return to Buenos Aires.Before she left, she gave her a bar to practice dance and advised Samanta that Agos had many conditions, not to leave her like that, to look for a teacher and continue practicing.

A year passed since that time, and in that course of time, Agostina went to her computer.He watched YouTube videos and practiced in different places around his house. Later, her parents learned that, in  Cafayate, a teacher taught dances, also a graduate of Columbus. Every Saturday, mother and daughter traveled there, then the teacher moved to Salta Capital, which meant that Agostina and her mother had to travel about 200 kilometres further, all of which involved expenses.Many times, without having money to pay for a stay, they had to sleep in the collective terminal. The effort was huge and, having no more resources to afford trips to Salta, Agostina's dream was increasingly moving away.

The Tucumana girl, tired of so many clubs on the wheel, got angry at the dance, did not want to know anything about taking classroom, there was no case. During 2018 he preferred to go to YouTube again. For her part, her mother, through social networks, contacted the director of the Aconquija Cultural Center in Tucumán, Fredesvinda Denis.After the meeting that both had, Agostina began to write a new story: she began taking dance classes in the studio of Yanina Llanes (daughter of Fredesvinda), and everything changed for her.

Indigenous dance of Amaicha to invoke the rain

Given that water is scarce in the indigenous community of Amaicha, their ancestors imitated the flutter of the suri, the Andean ostrich that in its culture represents the earth, to invoke rain. Agostina used to dance to the rhythm of this legendary indigenous tradition.

In this context, Agostina's new teacher put together a choreography inspired by one of the fragments of the film  Fantasia , a classic of animated cinema, where a group of ostriches rest until one rejoins and, with their rhythm, ignites others. the video came to Julio Bocca, and got a permanent scholarship. It should be emphasized that these scholarships are usually only for one year.

Agostina is currently 15 years old and, when she turns 16, she will be able to travel to  Buenos Aires  to join the founding of the grand master of ballet. Meanwhile he takes classes through the Zoom platform due to the pandemic.

His father Lucho said he knows he's going away, that it's his dream. For her part, Samanta, Agostina's mother, points out with conviction that it is a dream that her daughter discovered from a very young girl and, despite everything that happened, Agostina continues with the same goal, with the same dream of becoming a ballet dancer.

In this context, it should be noted that Cacique Eduardo Nieva appointed her ambassador to Amaicha, the only indigenous community in the country to own her land. In this regard, Agostina's father recalled that, years ago, calling him Indian was an offense, while he was ashamed, his daughter did not feel such a feeling, on the contrary, she always felt proud of her indigenous roots.

In this way, Agostina begins to write a new story of her life. While we are left with a handful of teachings. If we conclude with two of them, it may be, first, that dreams are fulfilled and, second, that her dream had to do a lot with her talent and her love for dance, but also the trust and unconditional support placed on the girl by her parents were fundamental to her dream to be made it come true.