Home People Stories of people Send yourself by bike

They say the one who wants light blue will cost him. The Posadeño Víctor Bado rode his bike 1000 kilometers to get to know the beaches of Brazil. 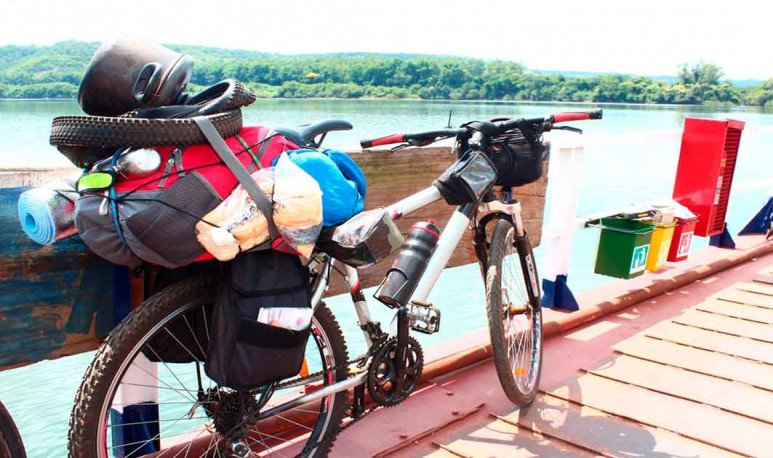 How many kilometers would you pedal or walk to know the place of your dreams? Víctor Manuel Bado made 1000 kilometers on his bike just to get to know the Brazilian sea. “I invite all the people, who want to go to the creek, and they have problems with the car or the bike, go by bike, manage”, invites Victor.  The adventure lasted 28 days. From Posadas to Florianópolis , then back to the province of  Misiones . 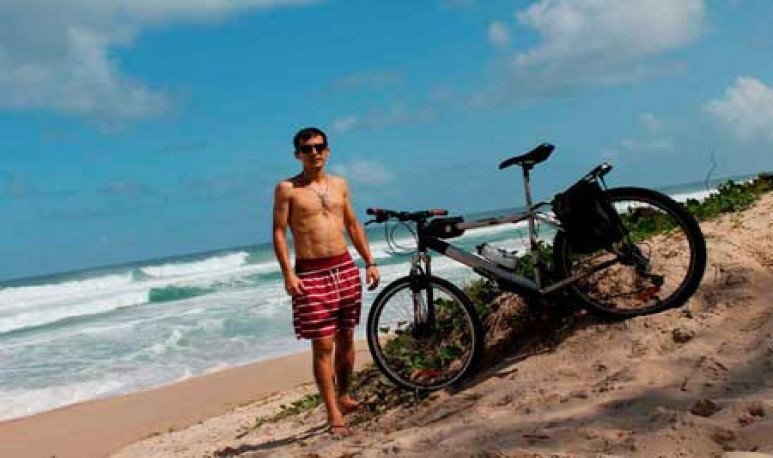 Mohammed goes to the mountain by bike

Travelling by  bicycle  is fashionable in the world. For health, economy or pleasure, more and more people choose this means of transport. In the City, every year more bicisendas are created, which are widely used and speed up traffic. In Misiones, the tendency to travel long distances by bike increases every day. And what better place for a missionary than Brazil?

The Carioca country remains the most chosen tourist destination for  missionaries . On this occasion the most desired by the posadeño and his group of friends was to spend summer on the Brazilian beaches.

Travelling by bicycle “with luggage” is seen by some as a way of life. Others, on the contrary, practice it as a recreation activity or a sport.  For Bado, traveling “with luggage” became a tool for sightseeing in another way . “It is a more conscious tourist practice, you get in touch more with people, with food. They are a lot of things that you don't appreciate when you go on other means of transport,” explained the  Posadeño .

What you need for pedaling, pedaling and pedaling

Tools, food and water are the three things Victor recommends when embarking on a bike trip.Each place has its magic, its food and its culture, but it also has its difficulties.  “ Physical fitness I do not know if it is an obstacle, one can boycott a lot psychologically,” explained the  missionary .

Victor is 29 years old and, to arrive in Brazil, trained in advance of the trip. “I've done long distances like, for example, 100, 120 kilometers, as well as other destinations,” he added. “Preparation also involves having a good team to move. Bicycles are for several kilometers, clothing, tents, all accessories must be for  cycling . Also, and above all, want to reach a goal,” concluded Bado.