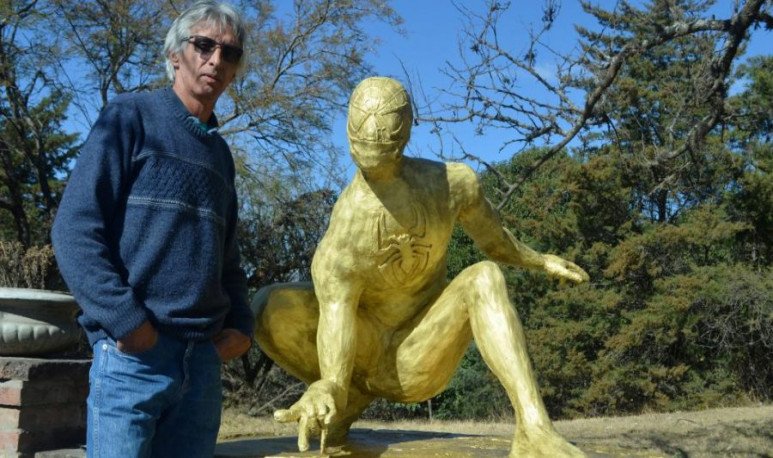 When Gustavo Díaz was offered to make sculptures for an association that works with  children  with  cancer , he accepted immediately. This 56-year-old man wanted to help others and considered  art  as a means to that end.

The initial proposal was to reproduce the figures of a mother, a dad and those of two children. But Diaz wanted to do something “more cheerful” and show “strength.”

That's when he proposed to make superheroes. A girl with a cape; a boy with a symbol on his chest, and a Spiderman, among others. But all of them with a particularity: they carry a barbijo, to generate identification with the little ones who have  cancer .

Díaz is a sculptor and entrepreneur from  Alta Gracia , owner of a premolded factory called  “Michelangelo.”  He has three children; one of them follows in his footsteps and is also a sculptor, another is an engineer, and another is a soldier.

Diaz is also an  ex-combatant  of the  Falkland War . He is also the creator of the monument to the Malvinas Argentinas that can be seen in Alta Gracia. The image is imposing and is based on a real photograph. A soldier holding another who lies in his arms. “It was my first sculpture, and I made it at the request of other ex-combatants,” he recalled. 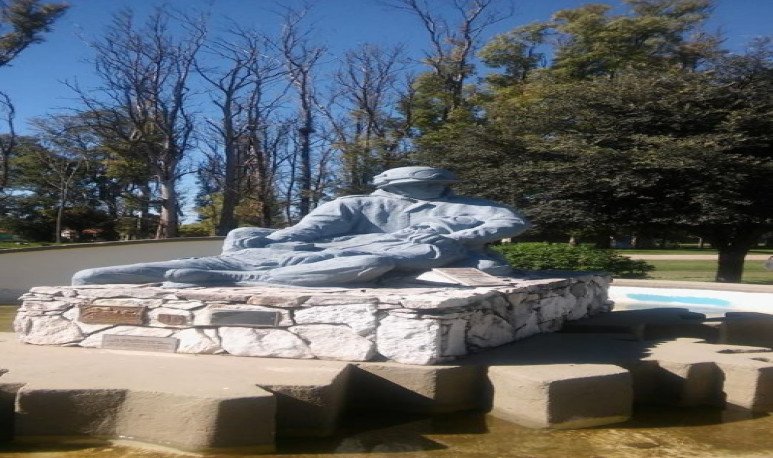 Among his activities, Diaz holds sculpture workshops for children in Alta Gracia and Villa del Prado.

This year he came another challenge, this time proposed by the Civil Association Soles, of  Catamarca . Make sculptures to encourage families of children with cancer. “This is for humble people, that association houses the parents of children undergoing cancer treatment. They give them a stay, feed them. They do something very nice,” said Díaz, who did not charge fees for his work.

Each sculpture of this type costs about 150,000 pesos and takes more than two months of work. The materials he used were financed by the catamarqueña foundation and Gustavo's friendly merchants.

For the sculptures of the Soles association, it had the collaboration of six altagraciense students, between 10 and 12 years old, who attend their workshops.

The group met at least two days a week, for two months, to meet the goal of delivering the sculptures this year, and before  Children's Day or.

Sometimes Gustavo was sculpting until two in the morning. “It was very hard to work on such a sensitive topic. That's where I was going to cry,” he said. “I am an instrument, I am in this world to accompany that,” he said.

Together with the children sculptors and their families, they went to Catamarca days ago to install the works. They also took plants to plant around them. It was a shared moment between the entire working group. All statues already look in a square in front of the Soles association.

The idea of the traditional  family  didn't convince him. So, he consulted with specialists in the subject and someone recommended him to perform superhero figures as a way to approach such children in vulnerable situations. “I didn't want to do something sad. I wanted to do something that shows strength and joy,” he said.

Three images of superfighters, full of details, were the final product. A hairless girl with a barbijo and a 6-year-old cape of heroin, 80 centimetres, looks like Captain America with a cape and shield. Another hairless child, about 12 years old, at 1.30 in height, wears headphones and has a position similar to that of Goku (animé character). And the figure of Spider-Man in his classic posture completes the trio, but with a singular detail: he also wears a barbijo. 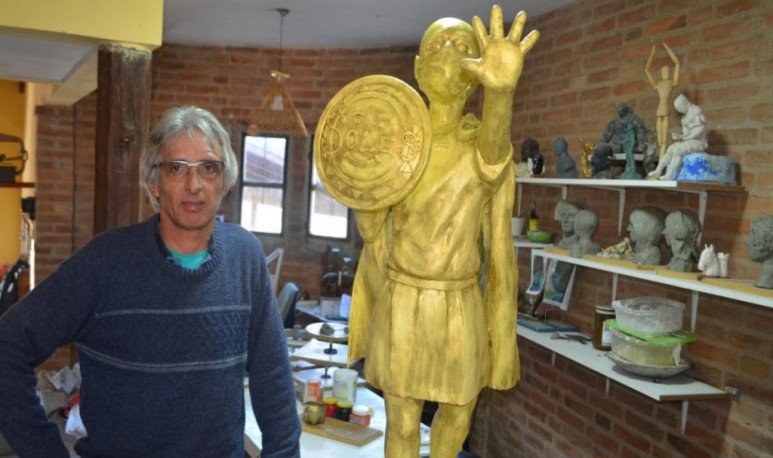 From patients to 3D innovators