The drama of two brothers from Santa Fe who fail to prove their identity. The scourge of being undocumented. 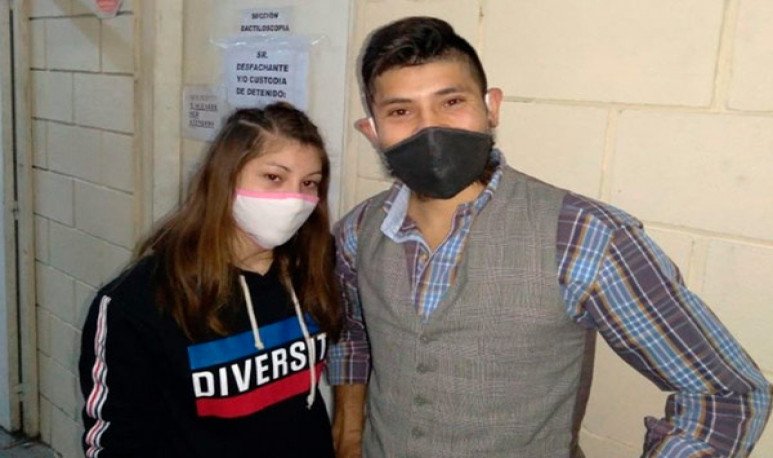 Luis and Jazmin Gamarra are two young brothers who claim to stop being NN and finally have the papers that affirm their  existence . Both were born in the public health of Rosario and live in Zavalla, a commune that is 20 kilometers from the main city of Santaffesina.  Their parents didn't write them down.  Thus, they went through all their childhood and adolescence as undocumented. He is a carpenter, but he could never have a blank job because of his condition. She has very good grades in high school, but the Ministry of Education can not certify her progress. And now,  when they had everything on track to do it, their papers got lost on some dark desk  and they had to start all over again.

Luis was born in the Martin Maternity and his sister in the Centenario Hospital. They had the live birth records, but their mom says those papers disappeared. And they were never written down.

Perhaps  marked by this lack of reference at the beginning of his life , Luis carried a wandering childhood, although quite contained within the boundaries of a village of 7,000 inhabitants.  Since he was a kid, he made his life.  Practically, he was a street boy.Until a person appeared who extended a hand to him at the beginning of such a crucial stage as adolescence. When he turned 13, Beto, a man from the village, gave him work. He taught him the carpenter trade, which is what he does today. Beto adopted Luis almost as a son.

The issue began to manifest itself when Luis turned 18. Beto wanted to put it blank in the  carpentry , but it couldn't be because he didn't have his document. They started doing the inquiries to get the paperwork done. But then Beto got sick and again everything was braked. This is  just the beginning of the drama of these undocumented brothers  .

In parallel, Jasmine, Luis's younger sister, began to live a similar story. She stayed at her parents' house. But,  over the years, he suffered the consequences of not having a proven identity  on the papers. As Jasmine grew, problems with being an NN also grew.

After a few years, Luis returned to his family's house, only to find out that his sister was in the same situation, that she was undocumented.

Luis and Jazmine attended secondary studies at the EEMPA in Zavalla (the young woman is still studying there), but they could not advance in the year because they did not have their  ID . Even if I get good grades, Jasmine  can't spend the year on that subject . Impotence and anger are just some of the feelings of these brothers.

In February 2019, a Trafic from the National Registry of Persons (Renaper) arrived in Zavalla. Luis and Jazmine  saw the opportunity to have information on what to do to process their identities.  From there they were referred to a Renaper office. They then moved to the Zonal Ombudsman's Office to initiate the judicial process. From there, a first job was sent to the Martin Maternity and another to the Centenario Hospital to apply for live birth certificates. In turn, they had to go to the Civil Registry to look for certificates that they had not been registered in those offices, as should be the case in 1994 and 2004.

That whole procedure took months. Countless trips to Rosario.  Until the Ombudsman's Office told the brothers that they should go to the police headquarters to register their fingerprints. They completed the procedure on a day of  flood , in Rosario. It was December 2019 and it seemed that the dream of stopping being undocumented was closer than ever.

When you don't get a

As early as February 2020, the Ombudsman's Office activated a new request to pass the procedure to the Federal Police for background checks. This request was made in mid-March of this year. Five days later,  the national government decreed quarantine throughout the country for the coronavirus pandemic .

At the end of August, they made a call to find out where the procedure was in the  extraordinary  framework of preventive and compulsory social isolation. “The papers were lost,” was the cold answer. The explanation was even more puzzling:  “These things usually happen,” they told them.

Only in September 2020, Luis and Jazmine were called again from the Ombudsman's Office to (again) report to the police to take their fingerprints. It all starts all over again. Hopefully, this time, it will be better luck for these flesh-and-blood and sentiment boys who  continue to claim to be treated like people . They're still fighting not to be undocumented.

DNI: neither male nor female; it is “not binary”