A doctor from Rafaela lives years ago in England and was the first person in our country to receive the famous vaccine. 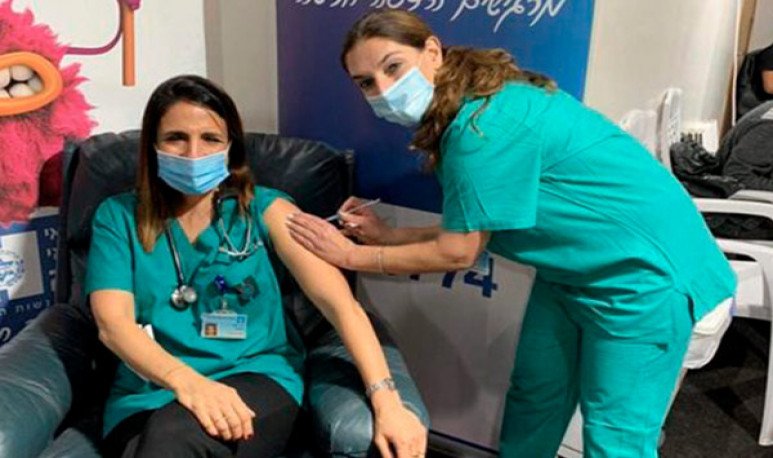 Gabriela Fillon was born in Rafaela , Santa Fe. She is a doctor graduated from the National University of Rosario.This December 19 marks the 30th anniversary of his graduation.  He's been working in England for eight years, but already 20 residing outside the country.

After doing his residency in pediatrics and neonatology in Rosario, he went to work for the organization Médecins Sans Fronteras for five years. In the later stage of his life he lived in Menorca, Spain, where  he met an Englishman with whom he formed a family and had a daughter and a son.  That was why they went to live in Somerset, England. Later he broke up. Today laa accompany her two children: Victoria, 14 years old, and Maximo, 13.

We talk about Gabriela because  she became the first Argentine to receive the vaccine against Sars-Cov2 , the virus that causes COVID-19 disease.Maybe she's also the first Latin American to receive her. The dose was provided by the health authorities of the Yeovil hospital in Somerset County, England, where she works as a consultant. Gabriela will now have to wait three weeks to receive the second dose of the vaccine created in record time to fight the pandemic. And since then you will have to wait 10 days to acquire immunity against covid.  Gabriela had spread coronavirus back in March , when all this was just beginning.

On Friday, 11 December, a co-worker told Gabriela to go to the vaccinatory at Yeovil hospital, which is south of London. The motive? Receive the first dose of the vaccine created by Pfizer/Biontech.  With it, England began the immunization campaign for its population .Minutes earlier, she had been consulted if she intended to get vaccinated, to which she replied " of course ”.

To be vaccinated, it has been said

England is the first Western country to start the mass vaccination campaign against Sars-Cov2, with 40 million doses to vaccinate 20 million inhabitants. The priority is sanitarians and the elderly. In Britain, COVID-19 is in its regrowth stage . That European country has already begun to vaccinate its population. Meanwhile, they continue with all health care protocols to prevent the spread of the virus. It is estimated that when 70 percent of the population receives the second dose, another stage will begin. The whole process will take years. That's why it seems that the important thing will be to get vaccinated.Gabriela, who had no side effects, today recommends everyone to get vaccinated without fear. She was the famous Pfizer, but she also says anyone would have worn. That  the world will need many vaccines to alleviate this crisis.

Gabriela's words gain a specific weight if you also consider that, in March, when the pandemic was the beginning of the pandemic, she and her family had the virus. Today, she is delefully surprised by the thousands of calls and requests for notes she is receiving  from many Argentine media.

This rafaelin says he was surprised at the speed with which he received the vaccine. I didn't expect her so soon  , and I thought it was going to happen a couple of weeks later. But you will always remember such a vaccination as a couple of beautiful minutes, because all people were cheerful and happy about what was happening. It's just that, consciously or unconsciously, everyone sees this as  hoping this damn pandemic is coming to an end.