Home People Stories of people Salta has a wichi queen

Laura González is part of that new generation that fills us with hope. 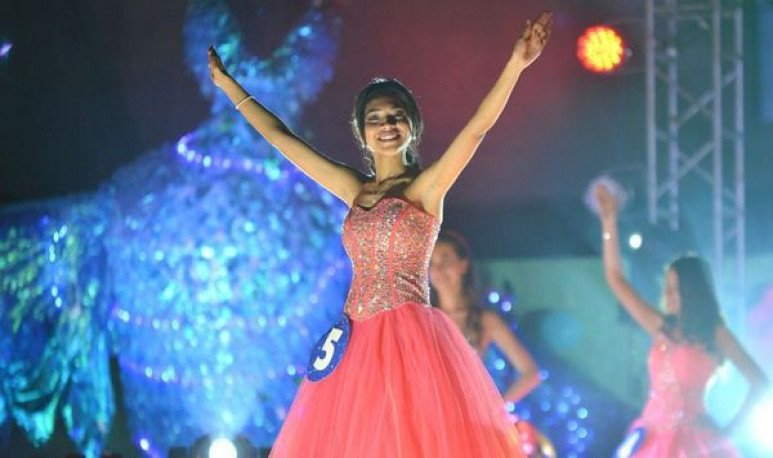 Laura González is part of that new generation that fills us with hope. Of those guys who, when we see them, make us think the future can be better. That many times we just need to strip our prejudices and give them the opportunity to prove their full potential.

Laura struggles for integration and is proud of her roots: she was the first young woman from the Wichi community crowned queen of the students of the General José de San Martín department in Salta. The young woman resides in the native community “Quebrachal” in Ballivián. He is in the sixth year and stands out for its academic performance and ease for languages: he speaks Spanish, Wichi, Japanese and English.

In the election, she captivated the jury for her development and intelligence, which will lead her to represent the department of General José de San Martín in the provincial election of the queen of the students.

In a video that was screened prior to the coronation, the young woman described her birthplace, a village of 1500 inhabitants north of  Salta , located in the Central   Chaco and the    Chaco Austral:  “ I'm going to tell you about my town, General Ballivián, is very quiet and has a lot of tradition. On July 16 we celebrated the feast of Our Lady of Carmen. We have nature, but what most influences is the culture of the  native peoples  who occupy 70% and I am very proud to belong to that community. My mother is from the Wichi community, I run four languages and she's very nice because it helps me understand. I am a melting pot of breeds.”

The teenager holds the flag of her people firm wherever she goes, demonstrating her pride in   that small indigenous society characterized by the cult of harvest and  nature . A town that, moreover, struggles day by day for survival. More and more  children  in this community die from malnutrition and dehydration, because they are incapable of receiving some basic needs.

Perhaps, it is because of this reality that one of   Laura's dreams is to pursue a medical career to become a pediatrician and continue to help her community from another place. Without neglecting, of course, your passion for modeling, clothes and catwalk, you want to continue adding up your (huge) granite of sand so that the north of the country (and the whole territory in general) is increasingly diverse, tolerant and integrated.

In each event in which she participates working for a brand, Laura is grateful that they accompany her  and proudly   struggles to make visible the situations that their own suffers, with the aim that, once and for all, these problems are placed on the state agenda.

His conviction is clear on social networks. Through her Instagram account, the brand new model always highlights her emotion by participating in events such as the coronation because, in addition to being a professional recognition, it is a way to make her people visible.

In a dialogue with Nacional Tartagal ,  the  mayor of the town of Ballivián ,  Gerardo Córdoba, referred to the activities carried out by the  crowned. The executive described her as a “smart, humble, friendly and overactive young woman, who is eager to do things.”

The northern community leader recalled the excitement she felt when she was crowned, and said she is so proud of her people that she will be the best representative there is when it comes to talking about General Ballivián. Because “Laura makes us all think and reflect, thanks to the fact that she has set goals to fight for every day.”

“Argentines need to be even more professional”

Are the “basonera” people aggressive?