Home People Stories of people Release and Travel: from Neuquén to Alaska

Release and Travel: from Neuquén to Alaska

Laura and Mariano overcome the fear of leaving their jobs and a predictable routine to go on the road and dedicate themselves to fulfilling a dream: traveling. 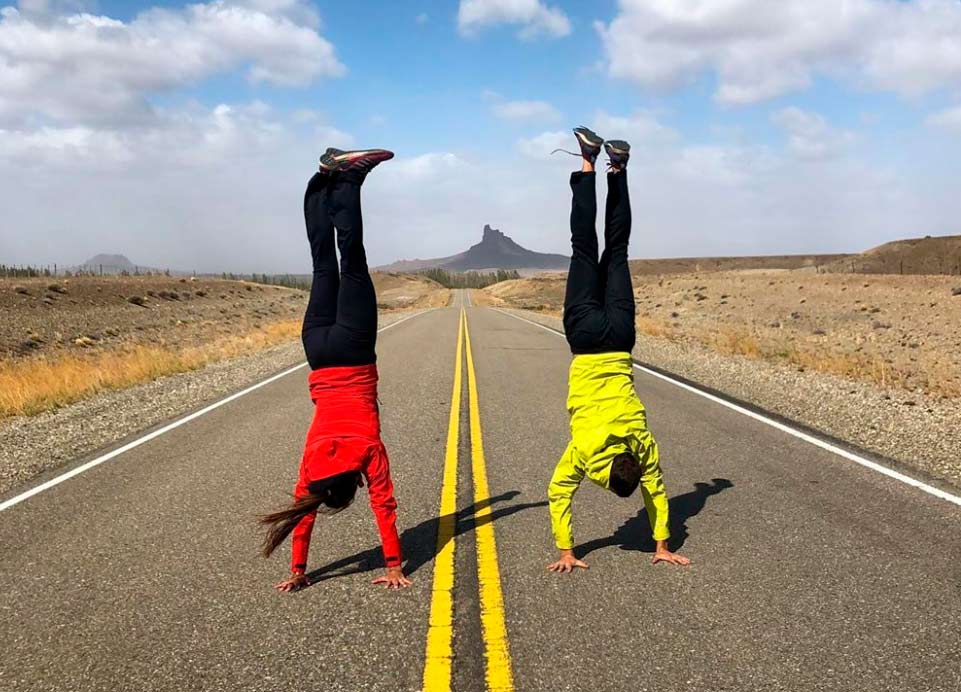 Who did not ever dream of leaving everything and dedicating themselves to travel? Because of fears, affections, lack of determination, most people end up postponing such a dream. Laura Benavides (27) and Mariano Candiotto (28) challenged all kinds of prejudices and were encouraged to comply with it. They set the departure date for Sunday, January 12, 2020 at 9, from the Plaza del Bicentenario in Neuquén. Friends and family were invited to the farewell, including a mini-caravana that accompanied them to the route. Where are you going? Nothing more and nothing less than Alaska.

For Laura and Mariano everything was tried to let go in search of that dream, leaving aside the daily routine and giving themselves to a discontracturated and different experience. The couple's story is told in “Release and Travel”, their Facebook page and Instagram. They tell how they met on January 12, 2017 at the Hielo Azul mountain shelter in El Bolsón. Laura lived in Neuquén and Mariano in La Plata. He had always dreamed of going on the road to live a long adventure across the continent. That's why, once she found her soul mate, she insisted until she got Laura's yes to get on a bus together and tour America.

This story has two main characters. Each one tells the sensations and experiences from their own perspective. “I've always wanted to do something like that,” says Mariano. “I was tired of working all year to be lucky enough to take 15 days of vacation and spend a lot of money. I always wanted to say 'I'm go' and I proposed it to Lau,” he concluded. “And I obviously said no, no, no, no,” Laura recalls. “I had another idea: to meet me, the car, the house. That was my plan, but Mariano opened my head. At first we argued a little, until I realized that it invited me to think about another life option. I started following people who traveled, people who did. And yes, I began to realize that it was possible,” she added.

Finally, one day they released the work they shared. Both had a school transport in Centenario (Neuquén), it was a family enterprise. He also worked as a teacher of Physical Education and she worked in an accounting firm (she has a degree in Business Administration).

From the beginning, the dream was shaped like a combi. They found it for sale a model 88 in Buenos Aires. It was black, well rocker, with box of fourth, original boxer 1.6 engine, naphtera, top speed of 80 km/h. “The we brought walking,” she says. And, once in Neuquén, they began to transform it. They made sheet metal and paint, painted it blue and white, the they isolated, overlaid, and even put furniture on it.

The itinerary started by Bariloche, Villa La Angostura, The Calafate and

5 tips for backpacking around Patagonia

2 places to go rafting in Patagonia

What is the “tucura toad”, which has Patagonia on its own?