This is the story of resistance that became a flag and symbol of Cordovan struggle. It is the life of Ramona Bustamante, a Cordovan icon that became an inspiration for all those who fight against injustice. 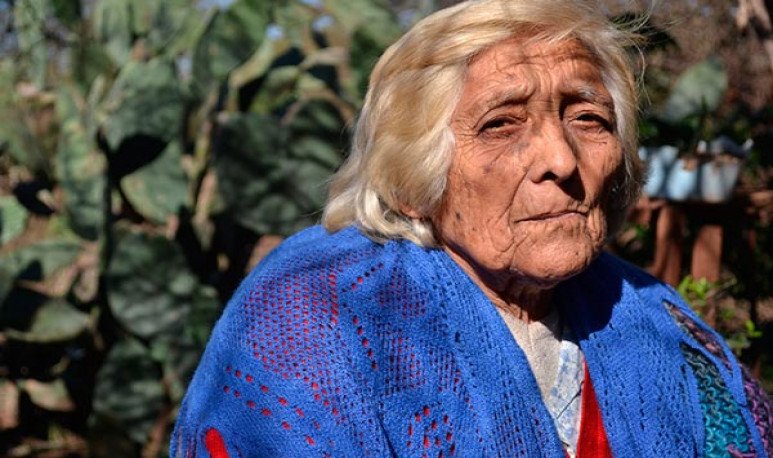 Ramona Bustamante is a 95-year-old woman  who, after a life in her northern Cordovan land  , finds herself resisting her eviction. With her life force and her desire to stay on this plane and in that place of her own,  Ramona became a symbol of peasant struggle almost 20 years ago.    The Cordovan peasant was   intimidated by Justice to leave her 150-hectare field in the north of the Province,  but her refusal was stronger.

In 2003,  Ramona Orellano de Bustamante and her son, Orlando Bustamante, were evicted from the countryside in which they lived all their lives.    The lands are located in the “Las Maravillas” spot   in northern Cordovan.  inhabitants located 20 kilometers from the countryside and San José de la Dormida, another little larger town that is 100 kilometers away. In this area of Cordoba,  the image of this lady was built as a symbol of struggle and resistance for other causes.

The story of Ramona  has all features  that appear behind these episodes in which  long expanses of earth are involved.  On the one hand,  a familiar plot of disagreements between brothers and sisters . On the other hand,  a fraudulent maneuver that ends in the signing of a land assignment contract   .  And finally, the complicity of the Justice in the  face of the advancement of agricultural businesses and the grabbing of the territory.

However, it is not a story with an already defined purpose.   Ramona resisted, managed to mobilize the peasant community and its struggle reached a visibility never before.   His story echoed , revived other similar stories and  gave strength to an entire people to defend their own . This woman became a  Cordovan icon  , and her struggle prompted  other resistances against the dispossession of the  original owners of the land and the fight  against the advancement of  the agroecological border .

Dean Funes Justice is still pursuing her. In March 2021 they issued a ruling enabling  the eviction of her, her family and her animals from the countryside where they lived more than 90 years ago.  Ramona and her son  live in that field  and,  their story came to all media.  Orlando is his youngest son and lives in a house attached to his mother's,  in the field that saw him grow and be born.  The lands are located in the Rio Seco department, 200 kilometers north of this Capital. He tells:

“ My mother was born on the other end of the countryside, she  has 150 hectares, and she lived all her life here,  on the other end. All I ask is that someone listen to me, from the Justice, the Governor, someone. We don't have a role, they made them disappear in the time of (the governors Eduardo) Angeloz and (José) De la Sota.  We have no proof that the field is ours , mommy's stepmother sold the field and left us out of the inheritance.   We want what belongs to us and to be listened to us,  nothing more”

The man knows  what they did to them   “is a fraud , the mommy knows how to read a little, but they read some papers and made him believe they said one thing and told him another.  She didn't even know what she'd written there and signed . Ramona's stepmother, Rosa Suarez sold the Scaramuzza something that was ours. This woman has a daughter, Maria Magdalena Orellano, who was going to school with me; we went to school together on horseback. At the trial, he said he didn't know us.” 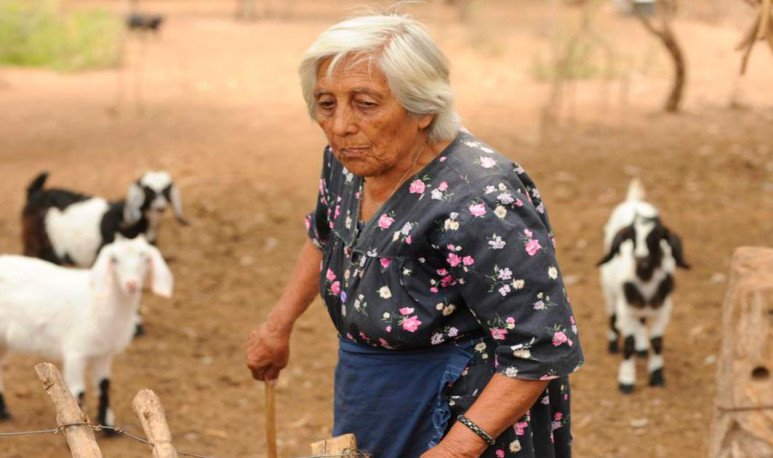 Victoria Gauna is a lawyer of the Movimiento Campesino de Córdoba (MCC)  and represents the Bustamante family. She told the media that  the story began more than 30 years ago, in 1988,  when Ramona's stepsisters did not include her in the father's inheritance. The Scaramuzza brothers were patrons of a stepsister from Ramona and there is a purchase, a third domain. Ramona is out of the inheritance procedures and is from one day to the next with this sale. Then, in 1993, the judicial dispute continued and  Ramona was forced to sign an unemployment agreement,  which  was not really such a thing.  At the time, she was  an 80-year-old woman, alone, without a lawyer.   On the other hand, Eduardo and Juan Carlos Scaramuzza, two  agribusiness  leaders of the Agrarian Federation  of Oncativo; their lawyer and the Justice of Peace.  Ramona had all the loses and the first eviction occurred in December 2003. In 2004 they evicted her again.

The countryside is a crop of 150 hectares of native forest surrounded by an immense sea of soy.  There, Ramona and Orlando  breed animals : c balls, cows, goats and sheep.   The house of materials where Ramona lived it had been collapsed with bulldozers. To the ranch, with a tractor. He was poisoned by the well where she and Orlando draw water to live; and he was killed by some animals. She was also given  a trial for usurpation,  from which she was dismissed.

In Cordoba, Ramona Bustamante is a symbol of struggle and resistance.    “ For the peasants of northern Córdoba we demand  land, justice and work ,”  said León Gieco that January 2004 on stage  Atahualpa Yupanqui from the Cosquín National Folklore Festival,  while embracing Ramona. Raly Barrionuevo also invited the woman to the stage when she played that night.

In 2018, as part of the  International Day of Peasant Struggle,  the Faculty of Philosophy and Humanities of the National University of Córdoba (UNC) distinguished Ramona Bustamante with  the “José María Aricó Prize”.   A symbol of recognition of their  ancestral knowledge, the struggle for land and the defense of natural resources.

Their struggle continues and lives in each of the peasants  who protect their lands  and choose  agroecology as a way of life.

Professional League Cup: quarterfinals and a superclassic that steals all the protagonism