Home People Stories of people Queca hung up her handkerchief

Celina Zeigner de Kogman, also known as “Queca”, was a human rights defender who passed away on 3 August. 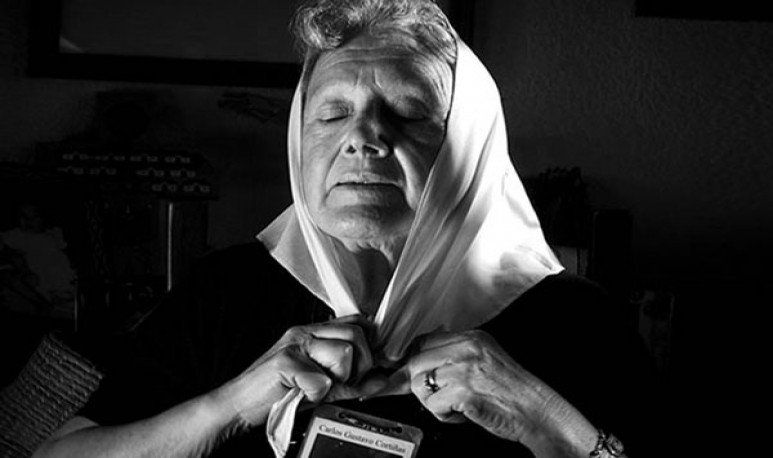 A white scarf hung forever . Queca  died  at the  age of 96  in the city of  Santa Fe   and the community of two provinces mourn her for feeling her. In fact, he was born in  1924 , in the entrerriana town of  Villa Domínguez (Villaguay Department) . She then trained as a  teacher  and  worked  at the  Belgrano School in Concordia  , until an  unfortunate event  forced her to leave. It happened when his son Jorge , a 23-year-old student and worker, was kidnapped and disappeared by military genocides.

From there, the woman  struggled  to tiredness to  find him and get answers  . She became a  human rights  activist and one of the  pioneers of Madres de Plaza de Mayo  . In fact, he joined the organization from  1978 to 2000 , where he had the  responsibility for the  subsidiaries of Concordia and Santa Fe . Over time, his image was a reference for the last mentioned place, whose marches were supported by great figures. One of them was the doctor and symbol of feminism Alicia Moreau de Justo .

There were  countless   activities  he carried out since the beginning of his  militancy  . In this regard, he participated in the mobilizations for the  repeal  of the  Punto Final Impunity and Due Obedience   laws  . But he also did so with every social claim that touched his fibers. However, in  2001   he withdrew from  Mothers because of disagreements with some members of the institution, such as Hebe de Bonafini. He knew how to say:  “I don't belong to the organization anymore, but all my life I will be Mother of Plaza de Mayo. For this reason, I'm still wearing the handkerchief. We in the interior of the country do not handle a weight.”

Justice for a son

Jorge Oscar Kofman  was the father of a child and had another one on his way at the time of his disappearance  in  Tucumán . He had previously been detained during the self-called Argentine Revolution and was released when Héctor Campora assumed on May 25, 1973. It is presumed to have been intercepted by a military patrol while traveling in a line collective to Cordoba on route 301. It was early June 1975. Later, a lawyer working with his family was able to find out that he was injured on a knee. During that instance, he was welcomed by peasants in the area and, once recovered, he collaborated with them in cane harvesting tasks.

After the  abduction , the young man was reportedly taken to the  Escuelita de Famaillá , the country's first clandestine detention centre. He was housed with other illegal detainees and interrogated under torture. Subsequently, he was transferred to  Villa Urquiza prison  and confinement to a ward for political prisoners.

Queca's activism remained faithful until the end . In  2010  he called for a public trial for some journalists who collaborated with the past military dictatorship. However, certain atrocious acts tried to shut her up. In  2013  it became news once again when  his house  in the capital of Santa Fe  continued with offensive graffiti  . What was suggestive was that it happened on the day that the organization he headed celebrated the 36 years of its first round.

His loss did not go unnoticed . Both in the provinces that saw it unfold, as well as in the rest of the country, and even the National Human Rights was created . In this regard, they said:  “With deep pain we said goodbye to Celina 'Queca' Zeigner de Kofman, one of the pioneers members of Madres de Plaza de Mayo. Her commitment and tireless struggle make her forever an emblem of the struggle for memory, truth and justice.”