The Narices Chatas Foundation replicated the idea of CONICET in the Plastiladrillos enterprise. Its president, Fabiola Soria, told Ser Argentino what is the project that helps the housing problem, and also provides work for that community. 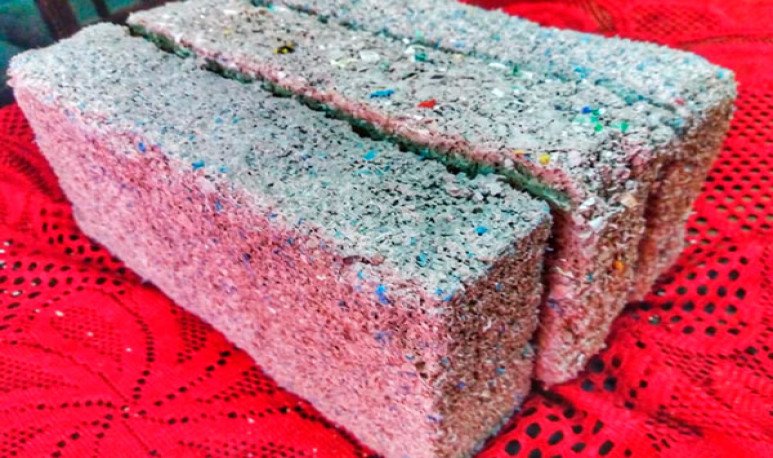 Salta Fabiola   Soria  is a boxing promoter, organizes events of this practice and is president of the Narices Chatas Foundation  . Faced with the housing problem that Tartagal has, in addition to the high levels of unemployment, she has been working since 2019 with a group of volunteers on an ecological project called  Plastiladrillos .

In an interview agreed by  Ser Argentino , Soria nos Plastiladrillos, an ecological initiative in Tartagaltold what this initiative is all about, how the idea came about, who accompany it in the  project , what are its objectives and challenges, among other details.

What is the name and what is the ecological entrepreneurship in charge of Tartagal?

The project I have in charge is called Plastiladrillos. It is about the manufacture of bricks of pet plastics, through disposable bottles that are donated by residents of Tartagal and in addition to the collections that we make to later be converted into crushed plastics, which mixed with cement and sand become a brick that have characterized it. similar to ordinary clay brick, but this is lighter, more insulating and most importantly, it is environmentally friendly. It should be noted that for the construction of a brick you will need twenty bottles of plastics.

How does the idea of turning plastic bottles into bricks arise?

The idea of converting plastic bottles into bricks was to replicate this practice that already exists, since it was created by  CONICET  in the Experimental Center for Economic Housing in  C& oacute; rdoba  twenty years ago and this initiative was popularized by the Fundación Ecoinclusión in 2017 and they won the Google challenge as the best recycling project and it is at that time that I knew this project and immediately felt the need to replicate it in Tartagal. I communicated with them, they advised me and taught me how to start this work, which involves time because the end result is built brick, which means going through great ecological awareness campaign and people realizing that bottles can be given another use.

Who accompanies you in this project?

As for the people who accompany me in this project, there are all the volunteers who belong to the Nosices Chatas Foundation, where there are also family, friends, and boxers.

If a salteño wants to build his house with these bricks, how does the procedure work?

The procedure works as the construction of any other material. This brick is built by the Experimental Center for Economic Housing, therefore has a registration number. We have not yet made constructions as we are in the learning process. The replica has to be exactly the same so you can go through all the controls that this brick already has built. Then we follow the indications of those who make them and, in turn, we know that it is used to make housing constructions. In this case, constructions (of which we want to make) can be made, of baths for  Aboriginal communities.

What are the objectives of the project?

There are several objectives we have with this project. First help and try to end poverty. Second, trying to raise awareness about responsible consumption and, thirdly, providing people with work, because to make this possible also involves generating work for the community.

Have organizations joined to support this venture?

If they have joined, for example, the Latin American Socialist Left, which is a social organization to which we belong, I say we belong because currently many of the people who are working on this project receive a social plan that has been achieved through this organization. In turn, the collection is done through it that works within our project.

Finally,  Fabiola Soria  referred to the challenges she has with  Plastiladrillos  , and it is that, although this venture is small in Tartagal, they aspire to become a factory with large dimensions, and other localities of  Salta  can collaborate with the donation of more bottles and thus be able to solve the housing problem and provide more work to the aboriginal communities of Tartagal.