Home People Stories of people Pili Adoue and cross country: “Everything is achieved if you feel like”

She's a two-time mendocina. He met cross country two years ago and is already part of his life. He does everything: work, study, train, and raise trophies. 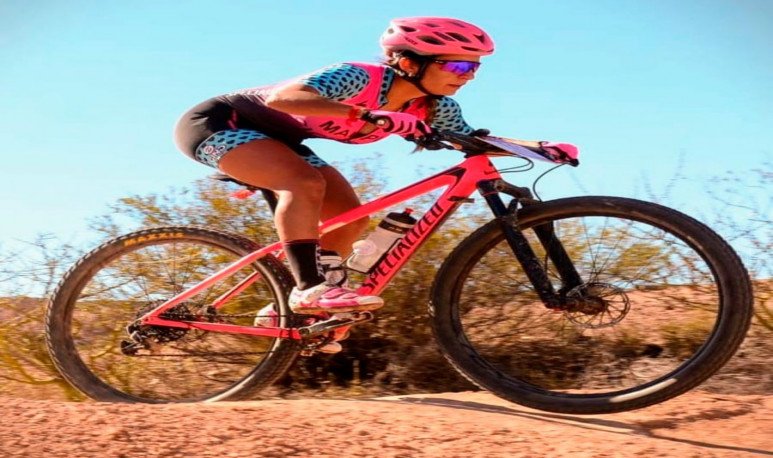 Until his 26 years, Pilar Adoue  was riding a  bike   like any of the people. For recreation, transport or walk. That Pilar didn't even imagine that, two and a half years later, she would be a two-time mendocina cross country champion and would be training for the Pan American Cross Country Marathon. Today he is 29 years old, and  he studies writing .

This is how he recalls his beginnings: “I have been practicing  cross country in a competitive way for two and a half years. I started with the  Transmontaña , which is as a couple, and ran it with  only two months of training . But there I fell in love with the sport and I wanted to continue to overcome.” Sport became central to his life: “Cross country for me is a permanent challenge. I'm passionate about it. It's very difficult. You have to be excellent in  technical  and  physical  performance.”

Cyclists are not much encouraged, yet, to this discipline, but Pili does not lose hope: “We are  few women  in the cross country. But I hope that, over time, more girls will be adding up. Everything is practical and everything is achieved if you feel like it. Anyway, we are few, but on a very good level.”

In 2018 and 2019, Pilar was left with the most important local tournament, the XCO Championship (Cross Country Olympic), where he managed to meet other goals: “Running in  Cerro Llorón  was a personal improvement because it was very difficult and I was able to pass very neat in all my laps.”

But the achievements are not born from a cabbage: “My preparation for this Championship was started in December, making long outings, with a lot of depth at low intensity. Then, past workouts, management, climbs.” Cross country is far from being reduced to just riding a bike: “One also has to be tidy in food, have good hours of sleep, not less than 9. Be rested, go to bed early.”

The cyclist is also ready for when things don't go out: “It also requires a lot of  mental strength  because you don't always win. It is so high the level that you have to know how to pass the moments when one is not on the podium, or cannot achieve the goal that is proposed. That's the hardest thing for a mountain racer: to have the head to overcome defeats and continue training.”

Thank you for those who are always

“I always thank my coach, José Olarte, who has spent a lot of time and in the best way.” But Pili does not forget where he came from: “For a mountain bike racer the most important thing is to have the  support of the family . It is a very hard and demanding sport, it takes the body to the end and requires a very difficult preparation to carry over time. And in that, the  family  supporting is the most important thing. You won't achieve anything without that accompaniment.”

Not only the muscles - the pocket also hurts.

“Cross country is  as expensive  as motorcycling or motorsport. The important thing is to have a bike with good equipment and light. That requires a good investment. My bike is a Specialized Epic Pro, which I bought it with a lot of effort. I started with a more basic one and little by little I was saving and changed it.” And, when it seems that the investment is made, current expenses come: “It is also expensive everyday because something is always broken or spent and every change of spare parts is very expensive. More  nutrition , travel, racing, mechanic, kinesiologist, inscriptions... Anyway, there is always someone who lends a hand when he sees another's effort.”