Home People Stories of people Pablo Celoria, the Neuquino producer who did feats

Artists from the international elite passed through Neuquén. I met the producer who took care of these feats. 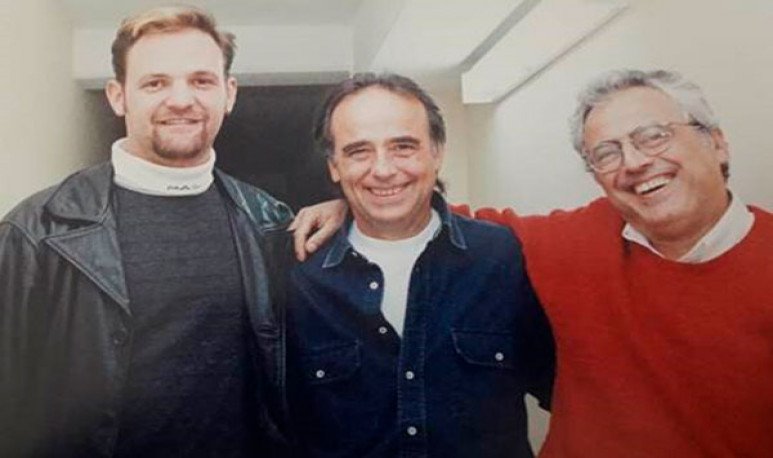 Argentina is a federal country, where provinces have their judicial, political and cultural self-determinism; or at least that is the case in theory. Generally,  Buenos Aires stands as the cultural lighthouse of Latin America, but this can come to dazzle the rest and the provinces are no exception.   The story of the Neuquino Pablo Celoria demonstrates the veracity of the phrase, but it also teaches us that from all situations one can learn.  Historic producer at Jazz Producciones, Pablo stands out for such feats as bringing artists from the international elite to the city of Neuquén, but the road was not always easy . To graph it, compare the “historic lighthouse” with the young capital of Neuquina: “It is not the same a city that has infrastructure for events (like theaters from more than 80 years ago) as a relatively new city like Neuquén.”

Silvio Rodríguez, Luis Alberto Spinetta, Mercedes Sosa, Norma Aleandro, some of the Spanish-speaking supernames that were produced by Pablo. The main course was internationally: Maceo Parker, Chick Corea and King of Kings: BB King, among many others

As a boy, Pablo was a fan of music;  he grew up listening to folklore, jazz and tango. Two of his most symbolic idols of childhood were Anibal Troilo and Andalusian Paco de Lucía . The first was never met, while the second was gracious to organize two recitals in Neuquén: in 1984 and 1991. Both events were, in one way or another, very significant for Pablo: “When I saw the success it was to bring Paco in 84, I understood that there was a barbarian audience for this type of artists.  I immediately abandoned attempts to bring national rock bands, which is a genre that I don't empathize at all, and I started working on the music that I was passionate about.”  Being close to idols would begin to be ordinary currency in his career.

His first steps as a producer were with a friend who was already in the ring: “In 81 we brought Quilapayún; it was very saudable because the return to democracy was throbbing in Argentina” (the band is a foundational part of the story of  the new Chilean song,  generation of folklorists with imprint of social protest). The second meeting with the Andalusian singer-songwriter was in 91. This time,  the organization of the event served to set up the Teatro Cine Español in the city.   “ Before this renovation and the construction of the Ruca Che stadium, the infrastructure we had was very precarious,” he says.

Until the 90s,  mass events exceeding the capacity of theaters were held in school gyms . Rooms in classrooms and accommodators who were the children of friends,  everything was done to the lung at that time.   “ When an international artist arrived in Buenos Aires and we had the urge to bring him,  we were going to see how they organized themselves there to copy and readapt here.”   With regard to his Buenos Aires colleagues, he indicates that the relationship was always excellent: “They sent you how to assemble the stage by fax, which luckily already existed. Then they came and watched everyone to work equally, then they rolled up and put on with you.” He proudly remembers the likes of Daniel Grinbank, Fernando Moya and Gustavo Giannetti, who “always gave a hand with what was missing; the atmosphere is small and we are getting to know each other with each other.”

With regard to today, he points out that the tragedy in Cromañón, “served to make us all aware of the safety protocols; I remember things that neither municipality, nor firefighters nor producers had any idea and they catch me chills.” Paul advises young producers to “never stop moving and working,” but also to “ be honest with themselves when considering whether it is feasible to work with this or that artist” .

Raid into the theater

As the  musical event is more redeemable than the theatrist l, Pablo acknowledges that he abandoned the category a little. “The last thing I did was bring  Terrenal by Julian Kartun; the pandemic makes you think what you want to do and the truth is that I would like to resume this environment.” To Neuquén he brought many works from Buenos Aires theatres, by renowned artists such as Tato Pavlovsky and  even Marcel Marceau passed through the provincial capital . With regard to the public, he points out:  “The Neuquin population is mostly cosmopolitan; the average citizen comes from other large cities, that is why the works that I trajimo s have always been well paid .”