Home People Stories of people Getting out of poverty with dignity

Gastón Vigo Gasparotti is the Argentine who brought to the country the Akamasoa Foundation project, famous for taking people out of poverty. 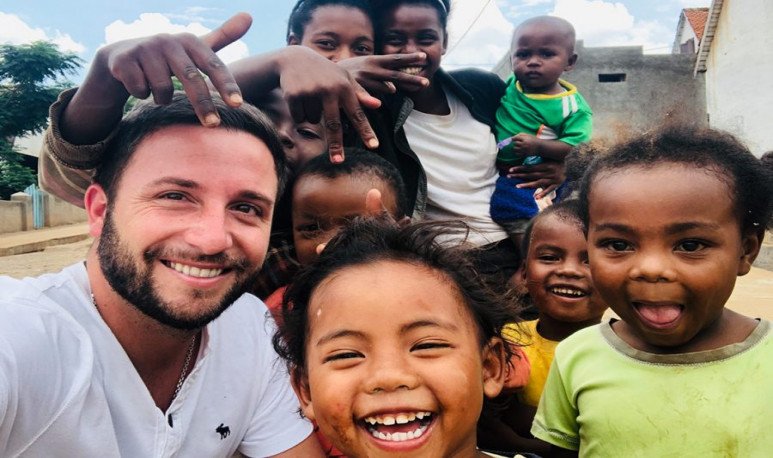 There are times that can change lives forever. That happened to Gastón Vigo Gasparotti, a 32-year-old  Santafesino  who, two years ago, listened to the person who  ignited the  heart  and mind . Today, he lives to realize the dream of saving thousands from  poverty .

Vigo Gasparotti is a PhD student and Master in Economics. Bachelor of Business Administration and author of four  books . In addition, he graduated from the College of the Immaculate Conception in the  city of Santa Fe,  prestigious  Jesuit school  which, while instilling its students social awareness and work for those in need, is “producer” of great politicians and entrepreneurs who, most of the time, are far from the need of the people.

Gaston is one of those honorable exceptions. He had always been active in movements that tend to improve the lives of those who suffer the most, but  something told him he wasn't doing enough . When he met, that day, the work of Father Pedro Opeka and his  foundation Akamasoa , in Madagascar, he was fascinated. He left everything he was doing and went to  Africa , to learn firsthand how to “get people out of poverty” without giving them anything.

“ Father Pedro is our hero . It's a making machine. He built, with the  poorest , a garbage dump, 22 neighborhoods, 3000 houses, schools of all levels, maternity hospitals and infrastructure for a city of 29,000 people. It is estimated that the organization has removed 500,000 people out of extreme poverty. Candidate  for the Nobel Peace Prize. He is known in the world as God's mason,” says Gastón on his website.

How did this dream come to Argentina?

Data hurts and invites you to commit. 63.4 per cent of children under 17 years of age are poor and 50 per cent of pupils do not complete  secondary school. Over 130,000 people have already died of malnutrition in the last 70 years. “Will we live in a state of desperate passivity? We must act now, because we cannot continue to suffer the worst evil: apathy to a reality that is forceful,” says the activist.

In Lima, Zárate, is the headquarters of   Akamasoa Argentina . They also work in Rincon de Milberg, Tigre. Every day they seek to replicate Akamasoa's miracle in Madagascar.  Side by side  and next to the poorest, they are building the first oasis of hope in the country

Lima has 22,000 inhabitants of whom 8,000 live in poverty. It is located a few kilometers from Argentina's two largest industrial poles: Zárate and Campana, about 100 kilometers from Capital Federal. A demographic study showed that, out  of 197 children, 34 per cent have  child malnutrition  ; of 354 adults, 49 per cent do not work and only 30 per cent have secondary education; out of 180 families, 69% do not have hot water, and 46 per cent are overcrowded. Faced with these hard, very hard data, the foundation proposes viable outputs. Trades are taught in Akamasoa. There is an adult  school  , according to the National Program Fines, a school debate. There is also an orchard that produces and a solar heating production equipment, as a transient measure for families that do not have hot water.

No matter what happens

“I am sure that, whatever happens, I will move on, because this is not a project:  it is a cause why I am willing to give life , trying to make each of the people that  we help , get out of poverty,” says this santa fesino with great heart.

The father of the New Latin American Cinema

The Lionesses and Rosary: One Heart

Emiliano Sordi: an Argentinean who turns around

Don't mess with an angry Cordovan