Home People Stories of people Notera with baby, among compliments and reproaches

The notera with baby is Cecilia Tapia who, fulfilling her role as mother and journalist, has generated love and rejection throughout the country. 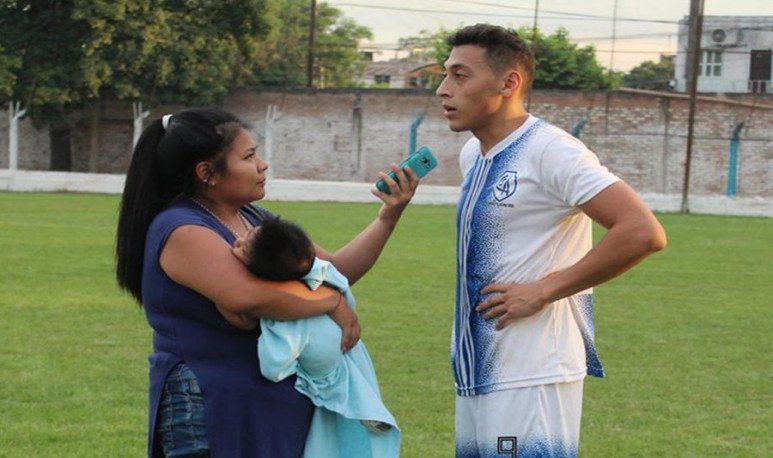 Jujeño  football gave an image that runs around the country, and is not typical of the game, but what was generated later. The match between Alberdi and Herminio Arrieta ended with a win of the home by 5 to 1. The  goal  eada went to the background, the noterers entered the field to make her notes looking for the protagonist, but it was a notera with baby in her arms who captured all the attention.

The notera with baby is   Cecilia Tapia  , and in the photos you can see her doing her journalistic work. In addition to being a journalist, she is a mother and, on this occasion, she had to combine her duties at the same time. You can see the notera with the child in arms and with a phone in her hand capturing the statements of the  players . The coverage that the young woman was doing was for a local radio.

The image is only one: a notera with baby interviewing a player, but the interpretations are multiple. But there are three positions that have been generated from this situation. The first of these is Tapia's commitment and passion for her work and her family. The second is the exposure and little criterion that the young woman could have had when carrying her child and the third is the job precariousness.

If we talk about the first point, it is clear that Tapia's professional criterion is not affected, since the notera with baby fulfills its function. Beyond having a baby in her arms, the young woman does not disrupt her task. This is recognized by a good sector of society that applauds attitude. The young woman has not given statements, therefore, there are no certainties as to why she went with her son, she may not have whom to leave him with, or she might take him so that he could live a football day next to her.

The second statement speaks of the child's exposure, something that has defined the young woman as appropriate and can be left in the background. Many, seeing the photo of the notera with baby, talked about dangers on a court. Tapia with your baby in arms inside the court is not much more exposed to a danger than any family can have with their children in a rostrum.

The third edge, which may be the most controversial, is job precariousness. But, without being certain, without statements either from the middle or the young woman, it is difficult to say that it was what happened. In other words, the notera with baby in her arms has divided the country between those who recognize her professionalism and those who question it. But it does not cease to be a more and unique situation that Argentine football gives us. 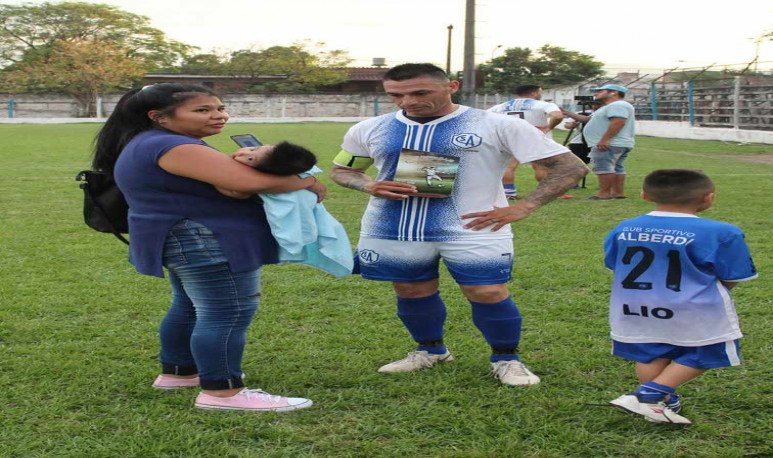 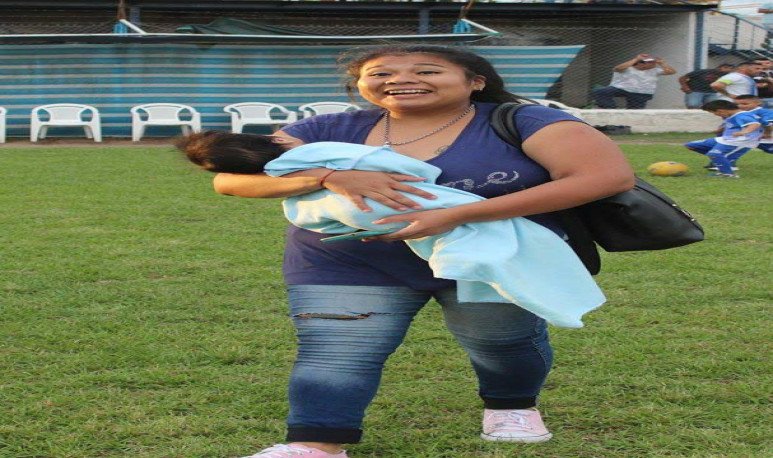