Nicolás is a Rosarino who was born Nicole. Yes. She was a woman, but today she's a man. 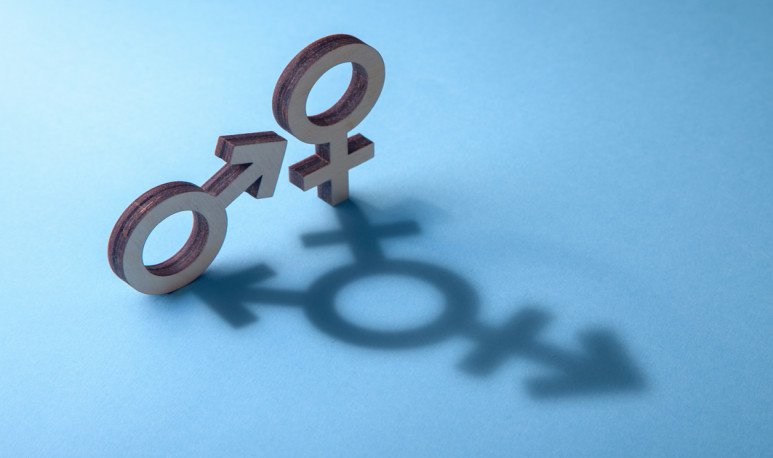 Although she was born Nicole, she knew from a very young age that her sex didn't match her identity. That is why this rosarino made the decision to face a transition. Although it was difficult, it gave him the happiness of feeling comfortable and full with his body.

At the end of 2019 Nicolás Romano entered an operating room to have a mastectomy , intervention to remove his breasts. That moment was just one of the many who marked his transition path, in which Nicole happened to be seen and called himself like a boy.

Already at his 8 years he played to “become a baby”, behaving like one until the time came to be a baby again so as not to raise suspicion. He also recalls that in video games he always chose the man's avatar, as a detail that already realized his true identity.

But the decision to hide what he felt was not voluntary. As he began to exteriorize him, he ran into reproaches and mistreatment from his family. Nico recalls that when he told his parents that he liked women, his life turned into a catastrophe. If Nicole did not look feminine, she caught attention and there were problems. When he put on slippers and sportswear, at home he was told to wear “like a woman” to go out on the street.  She even got to be girlfriend with boys to look, so as not to get out of the norm.

They sent him to the psychologist.  He was beaten and even kicked out of the house . It's just that the one who took the most difficult to accept the situation went to his dad. She was her first daughter and she was like “her “princess.”

At 18, after falling in love with a friend, Nicolas received hard reproaches from his family, and that experience brought him health problems.

Tap background to be reborn

First it was some kind of anorexia nervosa that made her lose a lot of weight. Then, at age 21, doctors detected an arrhythmia and had to urgently operate on the heart. About that moment, he tells that  “a break” occurred in his life. He understood that he couldn't keep waiting to make the change . And there began what would be a long process of hormonization . About this, Nicholas details that there are three ways to do it, and the one he chose consists of a series of injectables that are applied every 15 days.

For his part, his family also began to see the situation with other eyes and today the relationship with them is totally different. Over time, they understood that Nico was not a problem, but part of his identity. Nicolas says that when he said he wanted to do the surgery to change gender, his reaction was completely different because his loved ones understood the mistakes of the past.

He's already going for two years of this last big stretch of his way. By then, he had shared a post on networks in which he was happy to express an important step in that process.  “ A dream more fulfilled,” he wrote in a publication in which he could be seen fresh from the masectomy with which his chest was reduced.

Today, Nico's story can serve as an example for many other people who, under the same situation, do not know how to get ahead. He tells this rosarino who received many messages from people who did not cheer up . Having been in that place, the same as other boys are today,  perhaps sharing what he lived, Nicholas can help  those people who are not yet dare to tell what they feel.