Home People Stories of people Negra, there's a nandu in the yard!

Unusual: in a village of Santafesino a ñandu appeared in a family house. Crazies of these pandemic times. 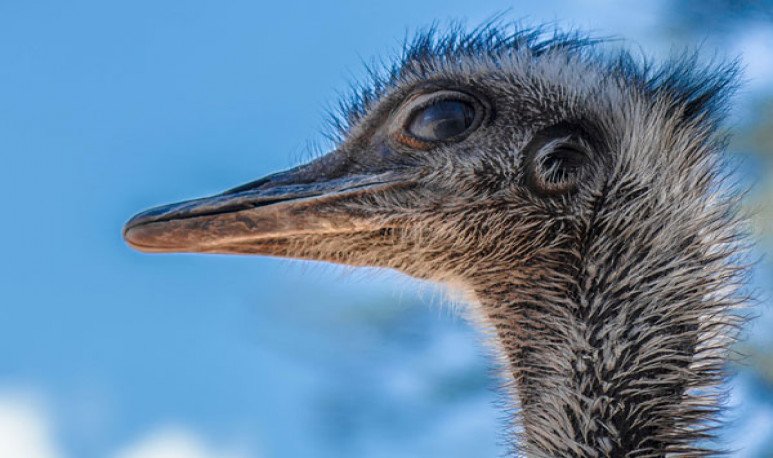 The striking presence of a ñandu in the  courtyard  of a house was the topic of conversation for an entire town. It is that the neighbors of the small town of Carmen may have seen strange things, but this was already a lot. The villagers analyzed the situation and weave various hypotheses. One of them  is that he got lost and another escaped from some hunters and, frightened, entered the apartment . The truth is that a neighbor of this little town, a 65-year-old man, was about to prepare the mate when he saw that there was a large bird in the courtyard of his house. Faced with this, he called the police, who came to the place and with his permission entered in in order to rescue the animal. The unusual episode occurred in a house in Lisandro de la Torre street 200 of that town in the General López department. Carmen is close to Venado Tuerto, about 320 kilometers from Santa Fe and has 1800 inhabitants. Almost two thousand people who , for a few days, could only talk about one topic : the ñandu that appeared in the yard of this good man.

It was the police who found that the bug was indeed a common  bird  . The agents then initiated communication with the competent agencies and  arranged for the animal to be transferred to the experimental station Granja La Esmeralda , in the city of Santa Fe, where appropriate attention will be provided.

The ñandu is considered one of our great feathered colossi that extends into open areas of central South America. It is a runner bird and is a symbol of the pampas, but it is also present in the Santafesino fields  and the chaco savannas of our country.

The time of the animal kingdom

The meaning of the name ñandú comes from the Guaraní, who lived in the same region as the bird. This is Brazil, Paraguay, Uruguay, northern and central Argentina.  They associated it with a “spider”, because, in its alert behavior, this specimen opens its huge wings and resembles a spider on its web. They called him Ñandú Guazú (big spider). They are slender birds, they are not part of the flying birds, but they are classified as runners. Its wings are small in relation to its body, its  legs  are large, very long. Her neck is wide and her head is small.

As far as this coronavirus pandemic is concerned and the compulsory social isolation that each affected country is passing through , nature is taking revenge, at least as far as the animal kingdom is concerned . Animals took to the streets, and those classified as wild (non-domestic) enjoy them as some have never done, leaving in history through photos and videos. The situation is repeated, especially in those cities where social isolation is still absolute, leaving more and more sightings of mountain goats, foxes and wolves in urban areas . All over the planet were seen amazing videos showing wild animals wandering  the empty streets and looking for food without anyone to bother them. Social networks gave and continue to show how the coronavirus crisis changes the rhythms of citizen life and animal life. Argentina and its peoples were not exempt from this  phenomenon . Several  rare stories  were given in this context. The one of the ñandu in the courtyard will be  one that will remain for posterity in the village Carmen .