If you're a fan of cacti and succulents, or if you just like plants, you can't miss this note. 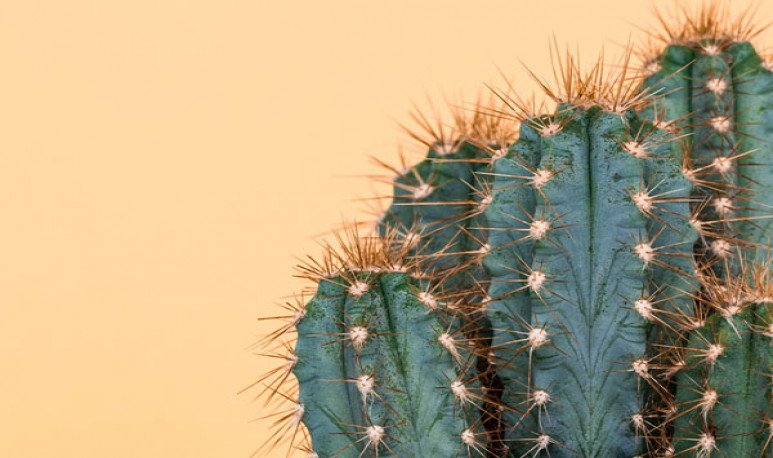 When someone thinks of a  steppe  or a  desert  , the first thing that comes to their head is a “peeler” or a infinite vast terrain.  In the popular imaginary, Patagonia is an empty territory, where nothing grows.  However, this is false: the steppe or desert can contain unsuspected surprises  when it comes to the plant world. Javier Gomez is the perfect demonstration of this.Together with their partner Marcela, they own an important nursery  in the  city of Plottier. Located in the rural area, they are home to one of the largest collections of cactus in the country.   “I don't think we reach the thousand cacti, but the number is around  . With the rest of the  plants  yes, we comfortably surpass that number,” he says as the one who counts porotos.

Javier is 48 years old and is in a couple with Marcela 20 years ago; she collects cactus before she met him. “We must have species that exceed 30 years of age,” he says, a whole number. In addition,  both are dedicated to horticulture, compos and worms , but Javier points out that “phytocosmetics is also coming out a lot, so we are adding the cultivation of aromatic plants”.

The particular couple carries their activity as a lifestyle years ago. Javier points out to me, worried, “that  the world is going to the tacho. Hopefully we become aware of the nature  we live in and start taking care of it. When one takes care of biodiversity, it gives you back.” He tells me that they reduced the use of plastics to a minimum and that there is nothing better than collecting rainwater for water.

In addition, Javier has  a project that, if realized, would be something unprecedented in the area: a guided natural path, in which local species are known.  “ I'm doing a survey of the plants in the area. There are pastures and herbaceous plants, but I specify myself in the bushes, which are the ones that abound like zampa and jarilla.”

Javier is didactic and practical to explain r, and is that before the pandemic he was giving training in popular neighborhoods, through the Universidad del Comahue.  He took many courses at the Agrarian Faculty of Cinco Saltos, studied forestry technician and always worked as a gardener . A whole specialist. 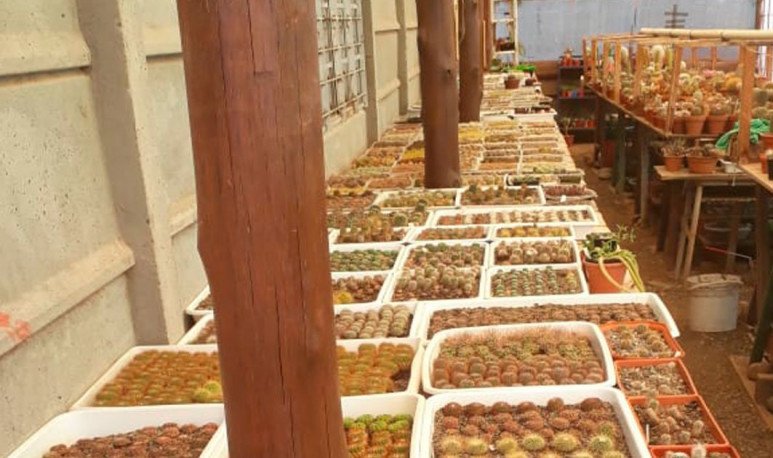 A  novice mistake in the plant world is to confuse the cactus with the succulent .

Cactus is a species native to America and grows almost throughout the continent . There are more than 200 genera of cactus, with about 2500 species , mostly adapted to arid climates. The stems of the cactus can have 3 forms : the cladodium, flattened and with palettes similar to the outline of Mickey Mouse; the columnar, typical of the North American deserts (another reference to the animated drawings of those latitudes, so consumed on these sides); and finally the stems can be globose (or, as they would say in Patagonia,  plump).  In our country, the most abundant cactus is the shindo, which grows from Chubut to La Quiaca.

Instead,  succulents or succulents originating from Africa and Asia and do not possess the prickly body of the cactus .  Its water accumulation system is also a wonder  of nature. One of the methods of water collection that many use is pubescence: from tiny hairs, they accumulate ambient moisture and rain dew. Almost an act of magic.  It is not known for sure how many succulents exist in the world , but Javier has a good number of them. When I ask him if he has a favorite species of cactus or succulent plants, he tells me that “among collectors there is always a difficult figurine. Maybe I don't go crazy about that one and  I'm happy with what I have. I could mention the mamilarias from Mexico, they have a spectacular flower .”

No minor detail:  The cactus also flora , and does it with the most varied colors. 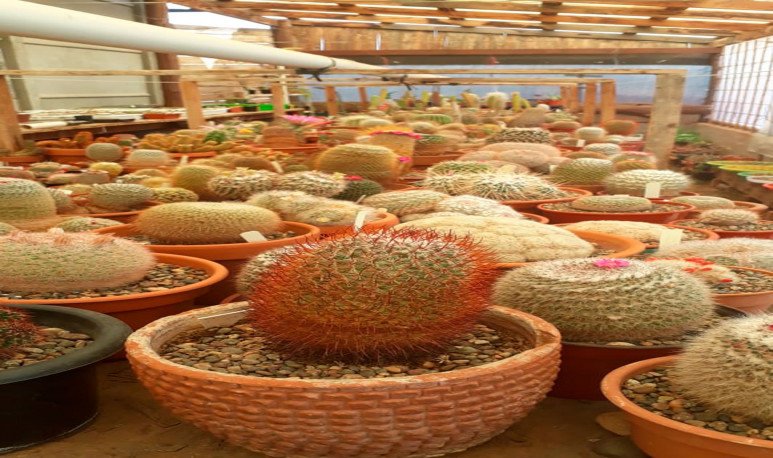