Matte and comfort in a unique invention

A Santafesino invented a robot that primed matte. Creativity at the service of comfort. 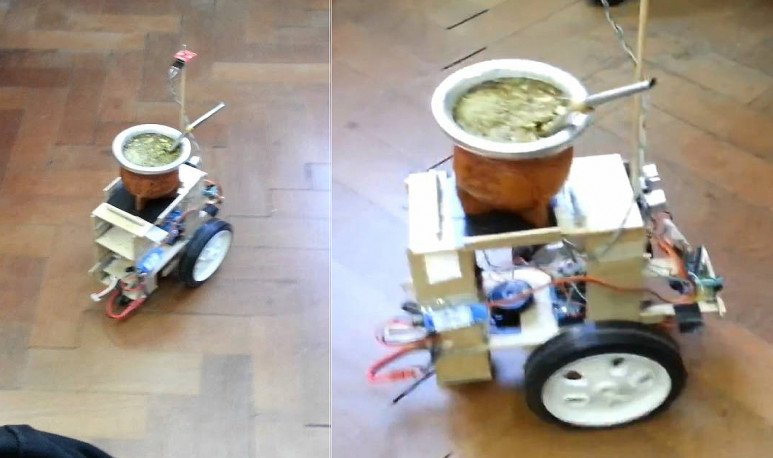 In an office, passing the mate to everyone present can get cumbersome. This santafesino had an idea not to lose comfort.

The invention was made by a young man from San Lorenzo, and in a video that went viral you can see how the device works.   The robot itself serves to transport primed mattes . One of its curiosities is that, after a while, the appliance sounds, in case the recipient of the infusion takes longer than expected to grab the mate. It also has a digital compass and an ultrasound distance sensor. This allows the matte, when placed on top of the device, to reach the configured place.

This innovative design shown in prototype status works with the Arduino platform. It has two sensors to position itself inside the office as if it were a digital compass that serves to maintain the direction when moving, an ultrasound sensor to know the exact distance to the walls and two servo motors for advancement and movement. The mate primer robot  recognizes the location of the primer person and the location of each mate taker inside the office.

The idea came up while this inventor was taking mattes in the office. On the day to day, where they had to pass the matte from hand to hand until it reaches each of the coworkers,  to put together the typical round.

The ingenious sanlorencine is called Ignacio Delarmelina. He claims that making the prototype wasn't very expensive . In 2014, the total investment was between $1,500 and $2,000. From the viralization of the video, many people began to make suggestions to improve the model, so he disarmed it and introduced some tweaks. 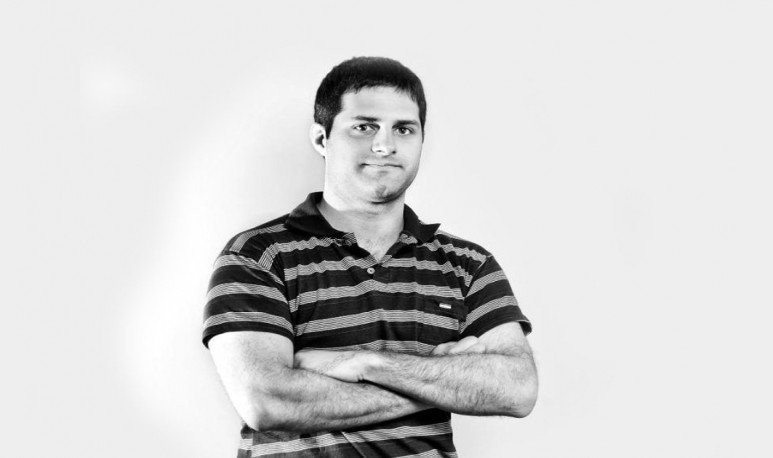 The mechanism, step by step

The operation of the robot is simple: the prototype, which has a wooden frame, two lawn mower wheels and several sensors, allows you to automate the transport of the matte following previously established routes. The device has a weight sensor, to  start its journey when you support the matte on it.   Geolocation is performed using an ultrasound sensor that measures the distance of the appliance from the walls of the office, and a digital compass. This way, you can program it to go to defined points and repeat the route alone. On the other hand, a remote screen shows the position of the robot at each moment, to find out who is taking mate and who is next. So, the primer places the mate on the primer robot, on a screen the name of the person who is touched by the mate, and then the robot takes it to the taker. If it does not return it within the next two minutes, a “complaining” alarm sounds.  When the taker places the empty matte, it returns to the primer and continues to the next scheduled destination.

Ignacio says it all started more or less in the form of a joke. Wave “We're going to make a robot to pass the mate so the one who primed does not have to stop.” But the santafesino had bought a free hardware plate and came up with it to do that madness.

This system engineer's projects are not finished there . It has a lot more in development. This brain, who is also an aeromodist , is working on a new robot. It will make an automated lawn mower, which uses the same principle as the robot for matting: measure the distance from the trees to guide yourself. Santafesina creativity at its best.