Margarita Forquera lived a life similar to that of many of our grandparents, especially those who live in rural areas. 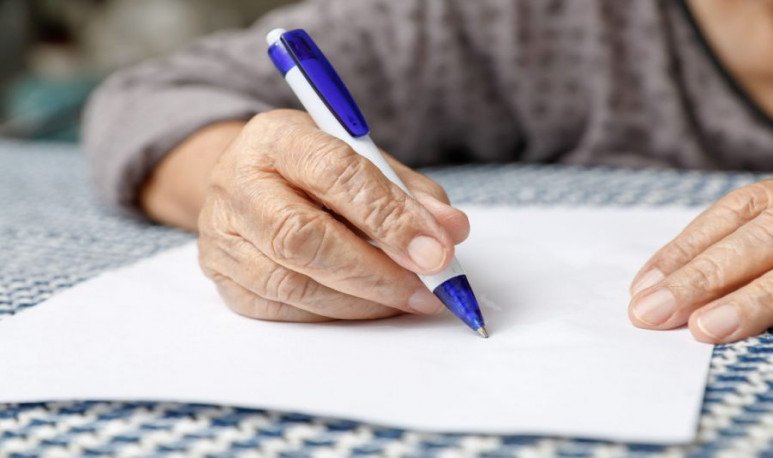 Margarita Forquera lived a life similar to that of many of our grandparents, especially those who live in rural areas. He lived all his life in El Nihuil, a small village located about 70 km from the city of  San Rafael , Mendoza. Like his family, he devoted himself to country life since a girl; then he worked on farms and in a metallurgical factory. He married Hilario young, with whom he had 12 children.

Margarita and Hilario shared a condition they were not proud of: both were illiterate. Therefore, they did the impossible for their 12 children to attend school, because they didn't want them to live with the same burden as they did. A few years ago, Hilario passed away, and Margarita — in his nearly 80's — decided that life should continue and set a new goal: learning to read and write. No more, no less.

Initially, he began to go to school, but the inclement weather — among other things — made it difficult to attend and, by not having regular studies, his learning. In early 2017, a teacher and a psychologist approached her house. They offered him a new and challenging solution: learning to read and write at home, via radio. There he listened every day to his lessons, with the help of a sheet with large drawings and letters, and colored pencils.

With commitment, persistence and eagerness, this grandmother wrote, at her 79 years old, her first word: Margarita. And for her it was something very similar to a miracle.

A story that repeats itself

As we said, the life of Margarita and her husband is that of many of the people who live in the rural areas of our country, even today. According to the latest National Agricultural Census carried out by Indec, 6% of agricultural producers do not know how to read or write. This percentage implies, approximately, that almost 15,000 people who are engaged in this activity did not complete their primary education and even, many times, did not even begin them.

Specialists explained that illiteracy is linked to the way in which each provincial structure provides public services, that is, how education reaches places of small population. That is why the total percentage of illiteracy, although it is an average among all provinces, varies according to productive areas.

Among the provinces, Neuquén is the largest number of administrators of illiterate camps and also has the highest average of people who did not complete primary school. In parallel, the rate of primary dropout fell from 21 per cent to 12 per cent over the past 16 years. And as for the areas in general,  Patagonia  leads the ranking of producers who do not know how to read or write. It is followed by the  Northwest , North-East and  Cuyo , respectively.

The previous National Agricultural Census in these areas was carried out in 2002 and resulted in an illiteracy rate of only 1.97 per cent. However, it was clarified that it is not possible to compare the data with the current census, since the question was asked differently in each survey.

Similarly, both studies concluded that the problem of illiteracy is related to the inhospitable of some areas, transport and connection. Primary schools are far from the population and, moreover, complication of roads and driveways are added. These variables affect the education system in general in each province and are replicated in their rural communities. It means that the most important problem is access to education - as is the case in the rest of the country - and not the direct link to rural work. Likewise, of course, much remains to be done.