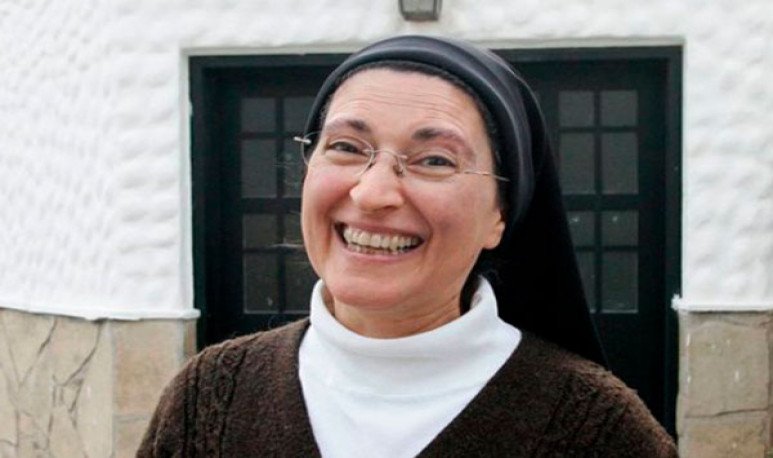 The story of Sister Monica Astorga Cremona, from  Neuquén  capital, is a story of love for the neighbor pure, emotional and to imitate.

This is a Carmelite from the Neuquino monastery who, for 14 years, has been working with  trans  women from the provincial capital  and who this year, with state support, managed to celebrate the dream of decent housing for 12 of them.

The beginning of Sister Monica's social work was in 2006 , when she began to accompany women from the trans collective from emotional contention, accompanying them and also interceding so that they can regain ties with their families.  At that time, his work was more involved with young people with addiction problems or prisoners sentenced to life imprisonment, until one day a conversation made his actions turn 180 degrees.

In the convent he met a trans girl who came to give her tithing from the “only work we can do”. No euphemism: prostitution. That day he had a conversation that lasted about two hours and asked him to come back with his colleagues to learn about his situation.

The next meeting came four women from the trans collective and they again had a long and long conversation, in which they told the situations they had to live day by day and a phrase marked her, made her noise for a long time and it was the one that led her to promote this project:  one of the girls said that his wish was “to have a clean bed to die”, because “when I go out on the road I don't know if I come back or end up in a hospital.”

Thus, in 2017,  his work of containment and supporting them to abandon prostitution through trades workshops, added to his project an ambitious goal: to build homes so that they can be delivered in a living space and be able to stay under a decent roof.

In August of this year, thanks to the contribution of the municipal and provincial state, the project became a reality:  12 single environments were built for trans women to live there.

Not everything was the color of roses

Sister Monica had to travel at all in order to make it happen. Some oppositions inside and outside the congregation, coupled with prejudice towards the trans collective, sought to truncate her initiative,  but she went on. In their goal to build housing for older persons or with serious health problems who have made a process to leave prostitution.

In the Church, for its part, there were not a few who considered the nun's project to be interpreted as “an approval of an unnatural sexual option,” and suggested that her work be aimed at single or disabled mothers.  Monica respects  self-perceived identity  and claims that she is not the one to judge them : “I don't have to force them to return to their biological identity,” she says.

In case the opposition within the clergy had not been enough,  there were neighbors who also rejected the initiative and even tried to take over the land  that is located in the Confluencia neighborhood of the Neuquén capital. She herself talked to them to try to eradicate fears and prejudices, although she is aware that “there are people who are waiting for the failure of this place because they think it is crazy to bring twelve trans together, that there will be drugs and prostitution and that they will not be able to control. They think they're people who can't get through.” However, he turns a deaf ear to criticism and says that “if this project works, it will enlighten us to do this kind of work for other vulnerable groups.”

However, the resistance was countered with the support of the then archbishop of Buenos Aires, Cardinal  Jorge Bergoglio, who in 2009, faced with criticism of helping the trans collective encouraged her to continue her social work.

Finally, after three years of efforts, last month the complex of 12 single environments was inaugurated under the “social condominium protected” regime.  Trans women will live in comodato, without paying rent in the apartments of 40 square meters, equipped with full kitchen and bathroom, heating and thermotank.

“It is not a trans home,” says Sister Monica, who said that, upon the death of one who resides in one of the apartments, the house will be handed over to another of the members of the collective. “If they comply with the rules of any rent, they stay for life, but those who do not respect it are given a notice and the third is taken out,” said the woman.

On the opening day, a poster of the Los Amigos cooperative, which was in charge of the work, could be hung on the first floor with the inscription “Congratulations on the new home!“. The emotion invaded those present.

The now p. Francisco , who in 2009 emboldened her to continue working despite criticism, contacted her again to congratulate her . “God, who did not go to the seminary or study theology, will reward you abundantly. I pray for you and your girls. Don't forget to pray for me. May Jesus bless you and the Holy Virgin take care of you. Fraternally,” His Holiness told him in a letter.

Now Monica's task continues more than ever , and she warned that her new goal is to continue to accompany women in this new world, so that “they can spend the rest of their lives in a decent place, keep it and dream of doing other things they never did.”