They live on the mountain, accompanied by the dogs that rescue from the route. Lonely, but supportive. 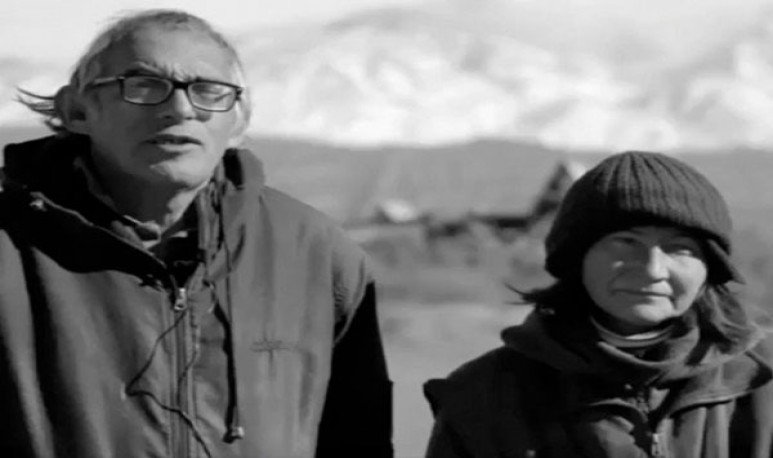 In “the route to Chile”, as it is known to  National Route 7  (in its mountain range route) in Mendoza, at  kilometer 1078 , is the town of  Agua de Las Avispas . There, José Mario Rodríguez and Patricia Diaz lifted the  post “El Sol” . In the middle of nowhere, lonely and supportive. They offer food and shelter to dogs that many people leave in the open.

However, these lonely barrelers have a story to tell, behind the community service they provide. His story became known on social networks, with a  video  describing the situation that life put them ahead. “ I was born in the City and then grew up in  Guaymallén  ,” says Mario. But they are not the only places he has inhabited. “We lived in Uspallata and then we live here.  One has the permits of this place from the beginning ”, confesses, in third person, Mario Rodríguez, with the skin tanned so cold and the sad but brave look. With the courage of those who continue to fight it despite the circumstances.

According to his story, there are many people who take advantage of the loneliness of the route and the mountain to stop with the car and leave their dogs or pets stranded in nowhere. Or, too, these are stray dogs whose neighbors say they're tired of seeing them in the neighborhood. “ We got tired of seeing dogs that ran over on the route . Throwing dogs all over Mendoza.  People throw them on the route, and they think they're Robinson Crusoe, they're going fishing. And no ,” says Mario, appealing to a highly applied comparison, since, a few kilometers away, is the Potrerillos dam.

“You throw the dog here and disorient, walk zigzag until he gets hit. It lasts minutes after being hit and, if not, the wagers kill them,” describes Rodríguez, who seems to be the only survival option for dogs. “ You do what you can for them, just like anyone would .” Shoot a  phrase  that leaves some doubts. Really, would anyone do it?

At some point, the herd was more large, however, over time, some dogs were lagging on the road. “ We had many more  dogs , but now we have only 37, and 25 cats .” In addition to providing some roof or repair, they are also responsible for feeding them. “To lower costs, we make them food in the afternoon. Instead of a bag, we spend half. But that's why you can see them healthy, okay. But the cold ones are intolerable,” says Mario about the reality that these lonely dogs have to face.

There is a humble and small house in the place. On its construction, he clarifies: “I worked in demolition, then sometimes I change work for materials. So I was making the house, veneer and wood.” However, as it is presumably, it is not entirely effective when facing the storms proposed by the  mountain , and clarifies that “ when it is cold, it is a millimeter of the sheet metal separating inside from outside.”

No place for the weak

“When they see a poor person, like  us, they treat us as waste of society . Sometimes one asks God for a root solution because, if not, it is bread for today and hunger for tomorrow.” Eloquent statements of these lonely wagons. “Thank God we didn't go hungry, but we had a bad life.  We're a dog plus us .”

“We're out of the system. There was no government here. This place is known everywhere, it's on the internet. You can see us everywhere.  It's a shame that we live like this. They don't care ,” he says to close.