This hatchery has behind a very particular story, of human love and love dogs. In this note you will know the secrets of the Albakiara cattery. Dedicated to the Swiss white shepherd and the Argentine dogue. 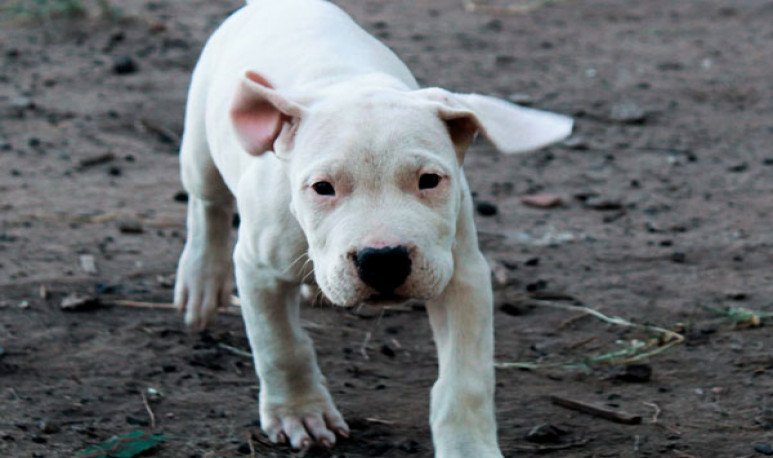 This is the story of an Argentine dog farm.    It is an establishment  that emerged in the middle of a  story of dog love and human love.   Alan and Gianeth met at the beginning of 2016, at the School of Training of the University of Buenos Aires. At that time, Alan had already had  his first Argentinian dogue slurry  , while Gianeth was raising his first two specimens of Swiss white shepherd.

The story of Kiara

Alan acquired his first Argentine dogue in 2011,   at the Ayui Blanco kennel  by Walter Mattiauda and María Guillermina Bilbao. At that time, he went to the kennel accompanied by his mother Norma, and together they chose the one who would later become the  protagonist of a huge project.   Kiara was a unique pet. She was always characterized by being  a very mimosa dog and was everyone's favorite , she was even treated as another member of the family. It was Alan's company on his vacation every year, he saw the children of the family grow up and was always very  sociable, meek and obedient.   Together with his human master, he took the  obedience exam at the Dog Training School  and passed it without problems.

Alan fell in love with the race   after his coexistence  with the beautiful Kiara. So he began to become more and more internalized in the cinophilia and, three years later, he had his first litter. From there were born Samantha, Alma and Amnesia, along with four more puppies who currently enjoy their lives with their tutors. Alan knew, for the first time, about  the real heartbreak :  the most difficult thing in raising  dogs is to part with puppies. And soon, with so many copies turning around, there was a need for other families to take them away. However,  he decided to keep those three females from his litter.

The second time Alan knew about the  heartbreak, detachment and real pain  was when Kiara left them. He died in 2019, from a respiratory failure. However,  she remained alive in the hearts  of these exceptional breeders and in the breeding project. Because they find her every day  in the gestures and eyes of their children, grandchildren and great-grandchildren. 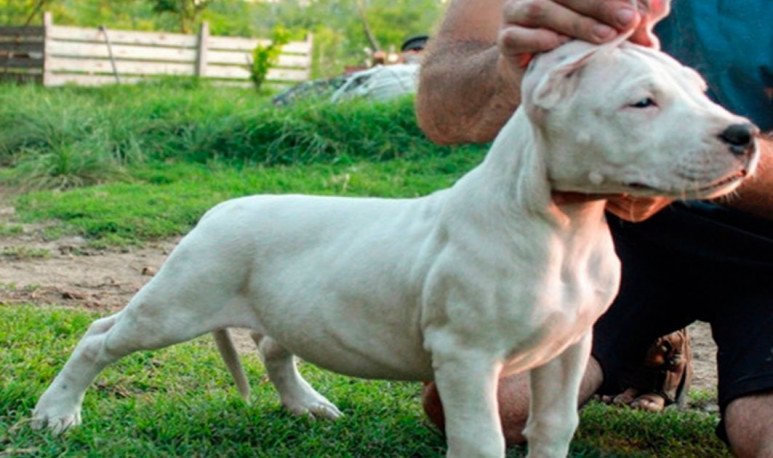 The history of Libya and Prócer

Gianeth, meanwhile,  acquired his first Swiss white shepherd in 2015 . She is an inveterate lover of all being four-legged, but above all, she has weakness for stray dogs. From the age of 20 he takes home every abandoned dog he finds. Her love for dogs prevented her from thinking about buying breed dogs and also positioned her  against breeding sites in general.

However, his history with Libya was very particular. Gianeth received a miniature Schnauzer in concession, which forced her to investigate  the breeding of breed dogs.  With it,  he learned about the power of genetics , and the prejudice he had about dog breeders gradually dissipated. Libya opened his eyes to Gianeth, who realized that  breeding had an end and purpose  and that many of the cynophiles were  real experts and dog lovers.

In 2015, he made the decision to move to a big house,  start a training school  and buy a Swiss white shepherd. It was the race of her dreams, since she was little. And it  was time to follow his heart.  That's how he approached the Swiss White Shepherd's Club.   To meet his dog love, he contacted Fernando Rodríguez, the caregiver of Dos Blancos Rocco. There, he met  Prócer, who would become his official mascot and his true great love (but not the only one).

Finally, with Prócer at his side, he decided to start  his official training for the kennel and dog training.  He studied the subject “Genetics” with Dr. Jorge Santoianni, and decided to acquire  a female who shares  part of the blood of Précer, decided to do a linebreeding. Everything else was flowing. Gianeth  was finally a breeder and trainer of the breed of her dreams.

Parallel to this process,  the roads of Alan and Gianeth crossed.  First they began to travel together to the faculty, then to study. Little by little they were beginning to enjoy training together...  and to live more intense moments .   The love for dogs brought them together definitively.   None of them knew the breed that the other was raising, and that gave the relationship one more condiment. Little by little they were  learning, studying and analyzing how to improve breeds.

Alan and Gianeth formed their love nest.   That not only housed both of them but  several copies that were arriving for reproduction and research.   First, the Handsome of Cordoba (Dogo), then Gipsy from Punta del Este (Pastor), followed by China, Zamping, and thousands more names were filling  the list of dog love.

The place was staying small , so they decided to buy  land in the municipality  of Florencio Varela, where today the Albakiara farm is erected.