We tell you the story of one of the alleged lovers of former US President John Fitzgerald Kennedy, a world-renowned figure. 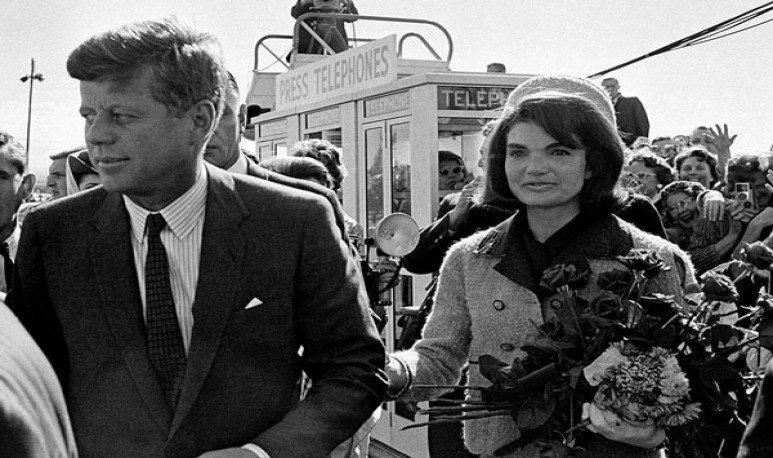 John Fitzgerald Kennedy was the thirty-fifth president of the United States.  He was elected in 1960, and became  the youngest president of his country.  We all know some myths  and general features  of JFK's history. However, this data is unpublished. It is about the Kennedy's relationship with a high-class Cordoban family.

Joseph Kennedy (father) and his son met with  Miguel Cárcano, the Argentine ambassador of France   at the time . In 1938, the ceremony of the  inauguration of Pope Pius XII was held in the Vatican.  It was there that the Kennedy and the Carcanans met and maintained a  close relationship during their stay in Europe . The youngest of the families were the ones who  hit the most.  John made friends with Michael Carcano. And, in addition, he was fascinated by  Stella “Baby” Cárcano,  a young brown-haired girl with 23 years old and daughter of the ambassador.

A stay in Cordoba

JFK traveled all over Latin America after graduating from Harvard in International Relations in June 1940.  At that stage he traveled from Rio de Janeiro to Buenos Aires, where  the Carcanos received him.  Later, he traveled to Cordoba by car, with a group of friends. Contacts were not lacking for this senior academic: he had also been  invited to the house of the  artist  Florencio Molina Campos,  in Moreno. But he chose  the tranquility and peace of the mountain air.

From 26 May to 10 June 1940, he settled in the Ascochinga estancia owned by the Carcanos. It was a rural establishment of  4 thousand hectares.  He had chosen these lands and that company  to celebrate  his  24th birthday on May 29.  He was already one of the village. For the family it was Jack, and for those who didn't know him very much it was  the gringo.  They say he was riding in  an aviator's jacket,  field panties and wearing gloves, because he had an allergy to horses.

Today,  the Church of the Sacred Heart of Ascochinga  has a plaque in honor of the visit of the then future president, who practiced Catholicism.  The plaque was placed by Cárcano many years later and the historical landmark would be remembered to this day.  This temple was  built in 1900  and many  prominent personalities  visited it  , including Julio A. Roca.

Love in times of epistles

But the time came for departure: Kennedy  was to return to his land . And he did. However,  he would remain in contact with the Carcanans through letters.  Especially with her close friend “Baby”, to whom she dedicated thousands of epistles. Bad tongues say that  the link between JFK and Stella Cárcano was much more than intimate.  Above all, they are based on the header of one of the letters, which began with a sense   “my love”.   However, it was only rumors, that they denied and were never confirmed. Some of these letters were digitized by the  John F. Kennedy Presidential Library and Museum  and can be read there. This link between  the American and the Cordoba  lasted over time, and it transcended. Until the tragic day of JFK's murder,  he and Baby kept in touch.  These two recognized families remained  until the end of the days and more...

After the death  of the famous president, Jackie Kennedy and her two children, Caroline, 8, and John, 5, visited the town.  It was 1966 and the Kennedy family  kept looking for  John in the places he lived and the places he visited. That's why they went to Ascochinga, where her husband had been  25 years ago.