In 2017, José Martínez turned his anger into creativity, and thus was born a service that is a furor in General Roca. 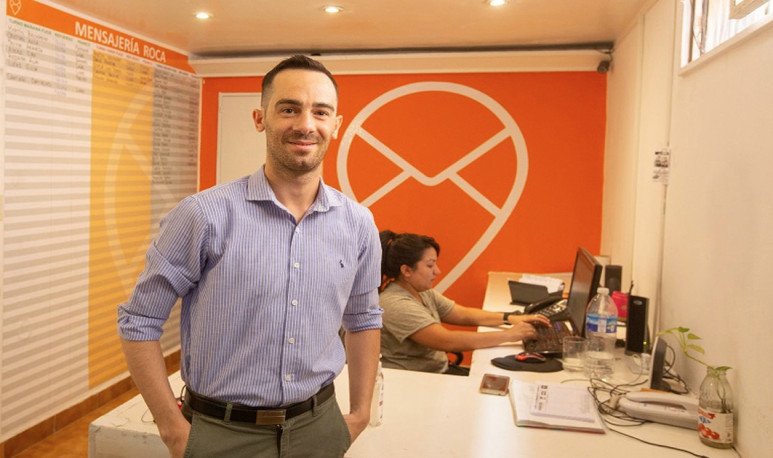 In small towns it does not happen, but in some cities it is common to call a   restaurant   or a  rotishop  , order a  pizza , a  milanese  with  Fries  or everyone's favorite menu and wait a short time until a delivery arrives with your food ready for you to enjoy it. However, in some cases,  when you say the address they answer you on the other side that “we do not deliver there.”  It happened to  José Martinez and that's  how Courier Roca was born .

The creator of this venture is born and raised in   General Roca  , province of   Rio Negro  , and the idea came into his mind when he lived in the neighborhood 550 housing: the call ended when he was told they didn't get there. So, in 2017, he began to devise his project and carried out it: anger became a market study, needs and finally serving a neglected subsector.

José always worked in his hometown : he was charging in a measured parking lot, doing masonry changas, painting houses; his last job, before his project, was within the world of business administration. Despite the disappointment to be fired, the young man had already learned about management: today he sees that “kick” as the push to be the current Joseph.

In need and in the problem, he saw an opportunity to attend: at first it was just him and his legs, he walked from Mendoza avenue to avenue San Juan every day, as he did not have any means of transport either. “I came across an important hole that was not satisfied, food houses had problems with home deliveries and saw an opportunity. I encouraged and believed in what I was doing,” adding that he started “with a courier, with two and then three, until we reach the current number that we have 45 messengers and operators, number we arrived this year by the  quarantine ”.

The need was real, and the first business confided blindly and he remembers it with great affection: “I had nothing or was anyone,” his great support, too, was his wife. Thus began to travel the commercial sector and also the customer service sector.

Its investment of 5000 pesos and enthusiasm became a great service, even more so when Social, Preventive and Compulsory  Isolation  was decreed back in March of the year  past: the company grew by 30 percent, according to its own calculations but temporary, two months. After the ASPO, “the movement in the sector declined, but it was accommodated while maintaining certain levels,” he clarified steadily in his data. Today they contain thousands of customers, something I didn't think when he just started and they were all sacrifices. In addition, entrepreneurship is a network of work through messengers, has a “social function”, says José: it is that they are  young people trying to get their first job , their first payments to be able to become independent in the short term, save for long-term plans or spend everything in everyday life.

In the host city  of La Manzana Festival  and head of the department of the same name is growing the “Roca Messaging”, a category and unattended service that this young entrepreneur could recognize to starting from a mere coincidence when ordering a delivery that could never be realized. Martinez, he got down to work, as he always has. Far is the time where only he was, who, as well as getting up, said “Messaging, good morning”: also 16 hours a day, from 8 to 12 at night, answering calls and trying to survive economically and emotionally. The land was uphill but José Martinez came with everything: reviews on Google, the village, the neighbors, the workers, confirm it.