Home People Stories of people “I'm not an entrepreneur, I'm a mere achurero”

Jose is famous in San Rafael. Neighbors know it as “The Solidarity Acherero”, and its activity became more famous during the quarantine. Here, your story. 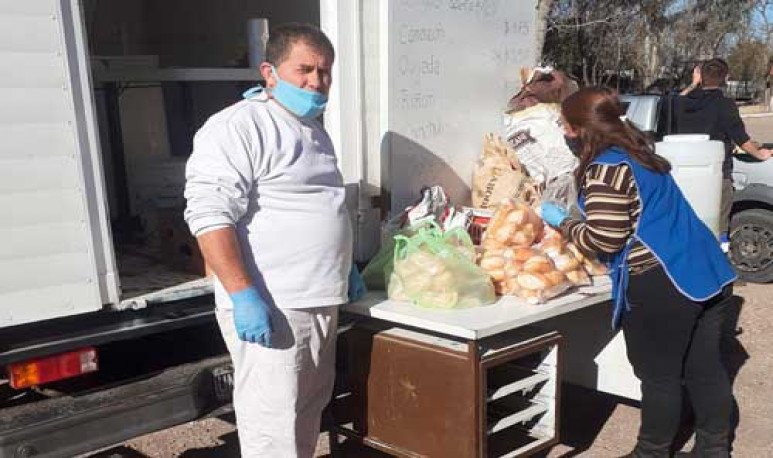 José Quispe  is not a butcher, he is an achurero . He goes out to work every day. Work that consists of selling to eat, but also selling to help others eat. Your work depends on your customers buying from you, so you are permanently grateful.

“In 2006 I went to work in  Rio Gallegos ,  but in 2009 I returned to San Rafael and started as a farmer at the Feria Franca Municipal”.José has been working in the field for many years: “   Before the pandemic began, I was already touring districts with the outpost. Not in the center, but in remote areas. In the morning I was at the fair and in the afternoon I went out with the stand .” But, in addition, José has a place with his family: “For several years I have had the place 'Centro de Parrillada', in Salto de Las Rosas and it is attended by my daughter and my wife.”

Until, at one point, his business became somewhat more altruistic. “ When I didn't make districts, I went out with speakers all the neighborhoods of   San Rafael . Every corner you can imagine. Therefore, when I say that I know a lot of people in great need, I say it with cause.  I walk into the worst neighborhoods with pimps selling and helping. I see all the sad faces .”

“ I donate 20 kilos of liver in the morning and 20 kilos in the afternoon. The first 20 families who arrive are given liver, chlorine and bread,” says José,  who confesses that the financial effort he makes to give away the total 40 kilos of liver. However, as we have explained, it also donates other types of items such as bread. To do this, “ about 6 or 7 bakeries have joined together and donate approximately 80 or 90 kilos a day. And the chlorine is given to me by the municipality.”

In the morning or in the afternoon, when you open your post, you first donate, then you sell it. “Apart from the donations, I sell too. Well, obviously. If people didn't buy me and didn't help me, I wouldn't be able to donate anything.  I'm an achurero, I'm not an entrepreneur ,” eloquently explains El Acurero Solidario, a nickname that was given to him years ago by a local radio station. And, with regard to the media, he is constantly grateful for the work they do, as this way he can make himself known. In fact,  in the municipal report, they always announce the place and time where El Acurero Solidario will be the next day. 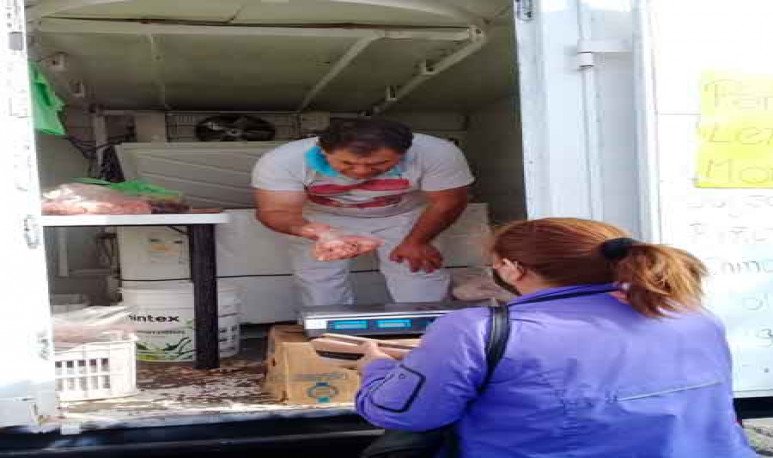 “  Quarantine  was complicated. The fair where I worked closed. But the business is open.  I don't work crazy, but I can keep it. But I didn't have to close it.I always say that the neighbors of San Rafael are solidarity and special .   They help me to help. From the moment they buy me, they help me to donate later,” explains José, always remembering the participation that others have in his successful position.

José thanks the municipality, delegates and everyone. “The  media   has been very important to my work. I have increased the sale and the affection of people.They stop you in the street, say hello .  I have become known by the media, so I thank you.”

Finally, with the humility that characterizes him, José asks us not to stop sending this message to our readers:  “All the media ask me how I do every morning to go out and donate. And after so many interviews, I have the answer: every morning God opens doors to me and prepares everything for me to go out to donate and help the people who need it most. Because if he didn't give me strength and didn't give me the heart, I couldn't do it. I'm not an entrepreneur, I'm a mere achurero.”