Leandro Giménez is a representative and diffuser of salteño hip hop in Cachi. An artist who also works fixing sports fields. 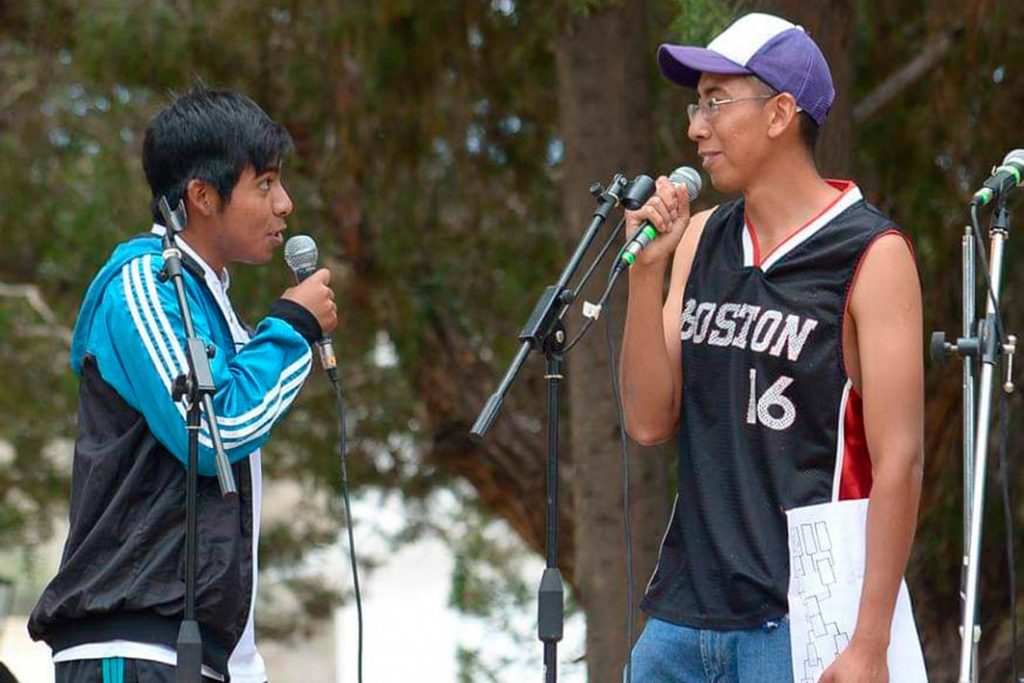 Leandro Giménez is a 28-year-old who revolutionizes the Salteña culture of Cachi from hip hop. Each song or work mixes American cultural principles, typical of hip hop, with the contributions of the CalchaquíesValleys. He's a salteño hip hop artist.

The rapping is composed of rappers; the djing is by DJ; the graffiti is by graffiti artists; and the b-boying brings together the dancers. Rap is the activity developed by Leandro Giménez. Together with rappers Saikred and Rumi founded the artistic group Flow Kakan District. This group seeks to formalize a space and collectively show this hip hop culture. They carry out various activities such as rap workshops, murals, counterpoint events, rap meetings of copleros and payadores.

But Leandro Giménez is not just a hiphoper; he currently works in the installation, maintenance and cleaning of sports fields. This function is developed on the track track and football field 11 of the High Performance Sports Center of Cachi. But he is a multifaceted man: he has also worked in the world of photography, carpentry, tourism, hospitality and as a professor of computer science. The tasks of Flow Kakan District

Forming the group and disseminating its activities among young people and children is a dream fulfilled, but he still has another. Giménez aspires to to be able to live economically from hip hop at some point. At the moment, follow producing his works, winking his videos and next year he will start with the poetry.

The cultural career that develops on the track itself that builds Leandro Giménez has had a mentor: Sergio Ríos. He's a keyboardist and director of the cumbia band Dandys. The singer asked Giménez: “Why what you say that what you like most is rap if you have not yet known all the music of the world?” Mustafa Yoda, a Buenos Aires rapper, is the one who motivated Leandro to write about experiences and local contents.

Culture is a construction and a conjunction of external elements with internal ones, it is impossible to speak of a pure culture today. Leandro Giménez and his hip-hop salteño are a clear example of this. A cultural practice that takes the local to express it with some foreign elements, and builds something unique.