Home People Stories of people He's got her tied.

Felicitas is 7 years old and a video of him doing games with the ball went viral. The importance of early formation of the players 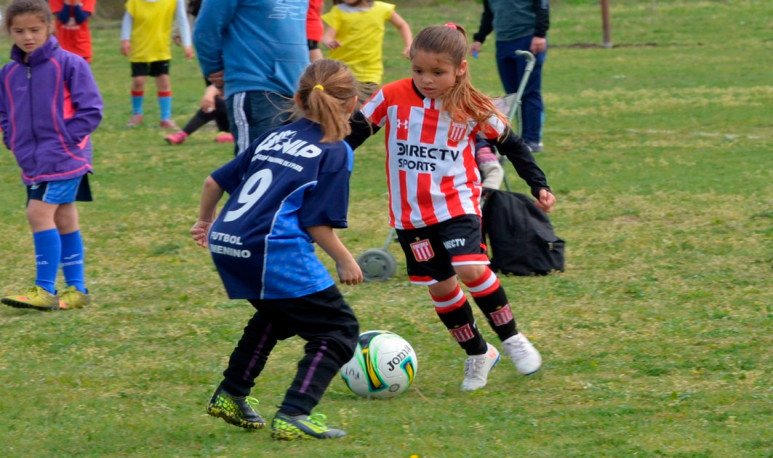 Babes like dolls; children like autitos. Babes go to volleyball, hockey, artistic gymnastics; children, football, basketball, rugby. How many of these elections are linked to what is properly feminine or masculine and how many to cultural issues? Social impositions are probably the only cause of this  binary  and arbitrary division. A baby doesn't play with dolls because they don't give them away. And because, in some families, he would even be punished.  A baby doesn't play football because they don't take her to train. Because it's men's.

Fortunately, there are families where  the norm does not apply . Families where children can grow free, with all the options to be able to choose the one they prefer. Felicitas had the joy of being born into such a family.   Play football  since he learned to walk, and this is not a way of saying.  At 2, he already had his first booties. At 3, he was already kicking with both legs. Today, at 7, a video in which your skills are seen went viral.  Because it's not normal to see a girl who has her as tied up as Felicitas.

His dad Maximilian, a fanatic football player, plays with his kids since they're very young. With both: Felicitas has a 10-year-old brother, but Maxi never differentiated between the male and the girl. And the baby loves sport and possesses certain abilities that are innate.

Originally from the city of  Berazategui , south of Buenos Aires, the girl began her football classes at age 4, at the Pueblo Nuevo de Hudson club, which plays the Liga Evita de Berazategui. She was the only girl in her class. The following year, he moved to the Arrieta club, in the town of Ezpeleta. There he started playing tournaments for points.  She was also the only woman on the team , but that didn't stop her from fighting with her teammates.

Because of the context in which he had always played,  Feli thought she was the only girl who was passionate about football.  That's why her parents decided it was time for me to join a  women's team. So they came to  Estudiantes de La Plata , where he plays since 2019. There you have the possibility to play with other girls and, also, share moments with football players from the Club's First Division, who gradually became their referents.

Some time ago, Felicitas's parents decided to open a profile for him on social networks, to share there his daughter's skills with the ball. Recently , a 50-second video that the family posted on the networks went viral.  It happens that in our country it is not customary to see such a girl girl with such a technical handling of the ball. The recording was shared by the account of Estudiantes de La Plata Women and by Argentine football stars. In a few hours, it had thousands of views.

It would be good that this video serves to make there a greater  awareness of the value of early formation of the players.  Maybe this will open the door for many more girls to leave the make-up and the kitchen, and go out, like Feli, to  break it on the court .