Home People Stories of people He's 18 years old, invented special glasses for the blind and gives them to him.

He's 18 years old, invented special glasses for the blind and gives them to him.

Lenses, with sound sensors, recognize nearby objects. The young man carried out the project at his school in Lomas de Zamora. 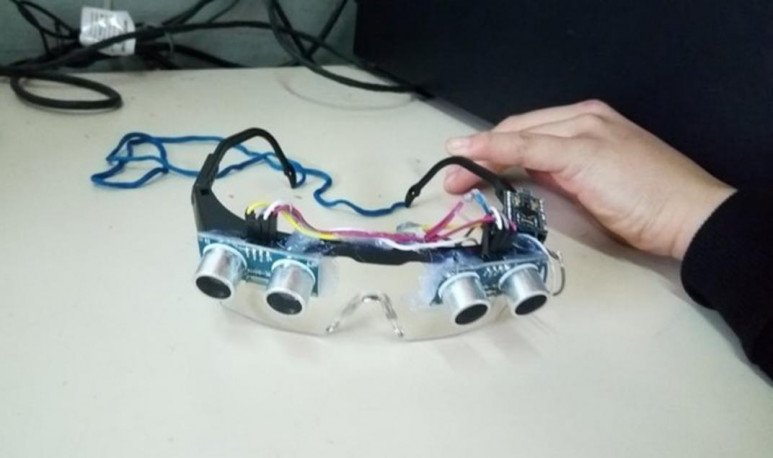 Rodrigo Facundo Ñañez (18) improved the software of “smart glasses” for people with blindness with the aim of “doing something to help people”.

“Investigating, I saw that there was a model of glasses but that was expensive and did not work well. What I wanted to do was reinvent an expensive object to reduce its cost,” explained the student of the Nuestra Señora de Itatí Technical Institute of Lomas de Zamora, Buenos Aires.
In this way, Rodrigo developed a prototype of intelligent lenses within the framework of the subject Digital Systems. “What I did was put the ultrasound with shorter cycles, so that the system does not hang,” explains the young man.

How they work:
Glasses are designed especially for people with blindness as they alert those who wear them to the presence of an object at a distance of one meter. “When something interrupts the vision of the ultrasound sensor, a soft vibration begins and as the distance narrows, it vibrates even more,” Rodrigo said to Clarín.
The lenses use energy and must be recharged via a USB cable. They work with mobile phone charger, but it has a low consumption and I calculate that with an hour charge it serves for a whole day,” he explained.
However, he is still looking for his project to improve: “I'm doing the 3D design to print it and pass the model so that everything is hidden,” he confessed to Clarín and added: “A boy and a bigger man used the glasses, but now I want to print them to give them away.”

Solidarity without limits:
Rodrigo's desire to help and improve the quality of life to others has no limits and goes beyond a school project to approve a subject. Together with a colleague, he has a project that “is a headband that is placed on the head works as a computer mouse and also for the tablet. It is for people with different motor abilities,” he said.
But also, he has another project for children who have autism spectrum disorder: “We made an application so that they can form a prayer. We have to profine it,” he said.

Car Stories Made in Argentina

“The dead in the war are not counted, they are left aside and followed...”

Expressions of the Year of the Jopo

An Argentine who makes a difference in India

Why are seven grenadiers guarding the remains of St. Martin?

A convent and a twine. I've seen this movie...