Learn the story of Daniela, creator of Zona de Sentidos. 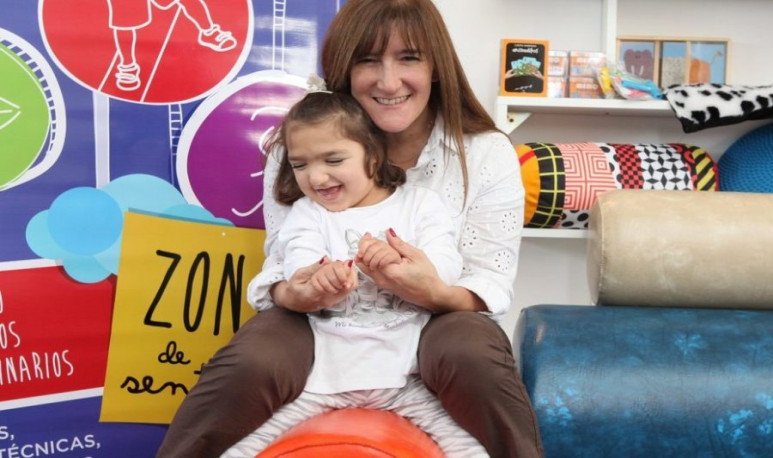 9 years ago Sofia was born, daughter of Daniela Briñón. However, not everything was like a mother would dream about it, since little Sofia was born with cerebral palsy. A difficult road was beginning, but the young mother was willing to travel it with love and solidarity. From that moment on, Daniela realized she wasn't the only one who needed space for containment. Disinformation in many cases is great.

The blog is a community of families that share information and experiences, with interviews and columns of specialists, information about therapies and products, ideas to put into practice, recommendations for leisure and leisure, among other topics of interest.
You can buy toys, support products and equipment, specially developed for the stimulation and recreation of children with disabilities.

In this way, cerebral palsy, beyond being a serious problem for Sofia and her family, became a source of inspiration to help many other families that life puts them to the test, with similar situations. And it is real thanks to the fact that Daniela, beyond looking at her own problem, understood that there are many in their same situation and among all can help.

International Day of Persons with Disabilities

A Three Nations for “The Lions”