Ten years ago, Lali suffered a domestic accident that left him with scars on his body. We tell you about their healing process. 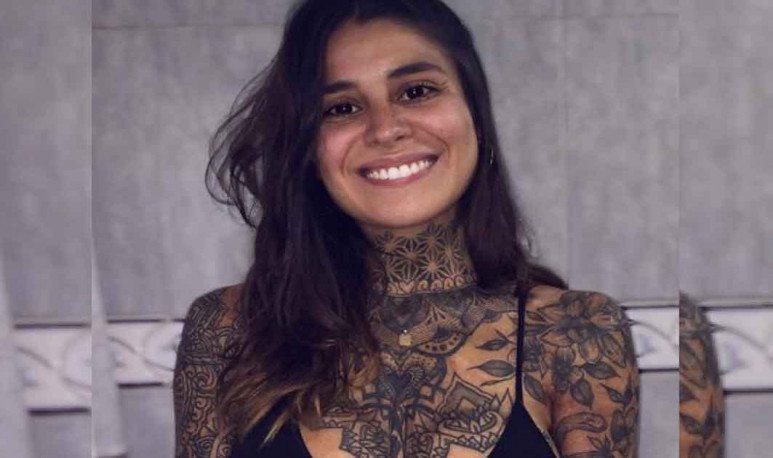 A moment can change our lives. That, sometimes, becomes literal.  Lali Juárez  remembers the exact moment in which he changed his life. And it is no coincidence that this change has been mediated by one of the most powerful elements of our nature:  fire . As a teenager,  a domestic  accident  left her chest, neck and arms severely burned.Today, 10 years later, he managed  to heal  in a way he never imagined .

Lali was 18 when, one morning, he got up and went to the kitchen to make  breakfast . She was alone, because her parents had gone out. In a carelessness,  one of the sleeves of his jacket ignited when he turned on the stove . He didn't know what to do, so he ran, and that just made the picture worse. Desperate, she got into the shower and then — as her parents didn't use cell phones back then — she called a friend's house. His mother looked after and she, not yet fully understood what had happened, shouted at him,  “I burned!”.The friend's mother showed up at her house as soon as she could and took her to the  hospital .  After that, everything went blank for Lali.

A week later, he woke up in a room in a clinic in Lomas del Mirador (Buenos Aires). She had been induced into a coma to endure the pain and  had 30% of the body affected. She spent a month in intensive care, to avoid infection .   He went through 33 operations under general anesthesia , to reconstitute the areas affected by the burn. Then she spent two more months in a common room.

10 years after the accident, Lali claims that, if he could choose to be the one he was before the accident, he would not. Despite the years of sadness and suffering,  the  accident  taught her a lot and helped her grow. Before, he considered himself a superficial person .  When she first saw herself in the mirror after the episode, what bothered her most was that she had been shaved. Today, you know that really valuable things happen on the other hand.

When she was discharged from the clinic, after months of hospitalization, Lali did not return to school.  If I had to go out on the street, I'd do it completely covered . I was convinced that no one would love her that way. However, she became a bride and had a 6-year relationship, which was based more on fear of being alone than on love. He finished high school at an adult school and began studying criminalistics. But in public, he always kept covering himself up.

To make friends with her body, she first operated on her breasts, whose skin had been stretched as a result of the burns. But true healing would come a long time later. How?  Through a healing  tattoo  .It is a project of the  Mandinga Tattoo studio, through which they tattoo people who suffered accidents, burns or women who were cancer patients and lost their nipples in mastectomy .

That's how, through these  healing tattoos , Lali was turning her scars into something different.  Does not hide them: beautify them . And he shows them, as he hadn't been able to do it for the past 10 years. But not only did her scars take another form: Lali is also another person, a self-confident woman embracing that traumatic experience that led her to become what she is today.