In this context, we are filled with stories of different ventures that must be reinvent in order to survive. We tell you this episode of Haute Couture. 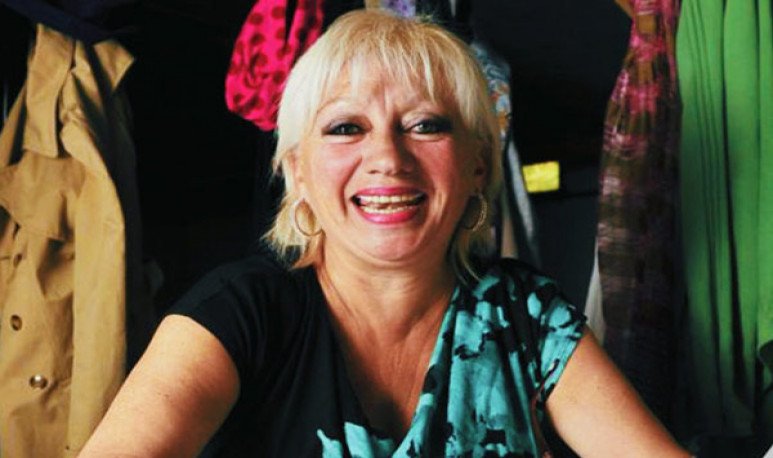 It's the story of the famous haute couture designer Cris Tillard.  A  Cordovan fashion figure ,  who is recognized in the field  of haute couture for her unforgettable work. In the midst of a pandemic, where events do not abound, entrepreneurship of high-end dresses and costumes had to transmute.This renowned haute couture designer from the province of Córdoba began her career in the fashion world in the 1980s.  Thus, it was growing,  gaining experience and recognition , until it became an  imminence of fabrics and good taste.  Together with their daughter Nathalié they head the family business, which is dedicated to dressing people for big events. Many times, they design garments for  great personalities of the show  and for very important events.

Today, Cris Tillard and her daughter are the biggest saleswomen of wedding dresses.  Cris designs each of her garments with her client and the context of the celebration, generating unique and personalized models. Celebrities such as  Julieta Prandi or Valeria Lynch  wear their garments in  a unique delicacy . She currently dresses  Rebeca Bortoletto , and she also had her job as a designer for  Iliana Calabró, Sol Perez, Beatriz Salomón, Silvia Peyrou and Alicia Poletto . An imminence of fashion,  to the imminence of the media.

Beginnings of a trend

“ The beginnings were in the 1980s when I inherited a sewing machine from my grandmother, a little seriously and a little bit of playing  with a patchwork bag I started making baby bags. What I did about the bag was nothing but patchwork, the rest was made by people who knew how to sew,”  Cris tells the media, recalling his beginnings h ace a long time ago .  “ Soon I started looking for leathers  and in    Cordoba - my home city  -  there was no tanning, so I did it with what today are called eco-leathers. At this point I was with my modified pedal sewing machine with a Teflon foot, and the children's bags had been transformed into pickpockets. Very successful given the size they were immense.  It was used by lawyers , scribes, secretaries, because they entered all the files.”

“ In the meantime my second child was born and I already bought babs, napas and suede goat in two or three tanners in Buenos Aires,  opening my first place in Punta del Este. There I went to compete with the best fashion designers in leather. I was lousy (laughs).  It was one of those years that there was a devaluation in Argentina and the Argentines who were always going to vacation there were not.  It was a brutal launch  for an interior brand that made its performances in Punta del Este.”

However, despite the uncertainty and failure of that season , he managed to overcome and triumph in the fashion world.  That launch would be  just as a bad memory .  “ By the year 89 my third daughter was born and  Valeria Lynch  knows me with whom I started working and for 5 years I was in charge of designing and making the changing rooms of her shows.  For Gran Rex, Opera, Radio City of Mar del Plata, Sanremo festival  with  Nicola Di Bari.  That brought me paired many people from Buenos Aires, we made a film “Brigada Cola” with the Mentasti brothers with Monica Guido,  Guillermo Francella and Diana María.  Also a play that Ricardo Darín directed for the first time with Mirta Busnelli. The eyes of Córdoba  of the theater seasons also rested on me, it is very much to say that at this point I no longer designed more leathers but party clothes ,”  says Cris, already with the assurance of having won the place it occupies today.

Today, Cris tells the media: “I live the pandemic with a lot of anguish and uncertainty like everyone else. Although due to the versatility I have  to accommodate the different changes and the wonderful workshop, I have not stopped producing a single moment.   We are all strong women , mostly heads of households and who love what we do.”  Her productions attest  to the work update that  Cris and her family of women had,  currently selling  surgical kits and production is massive  . Allowing the family business to keep up and fight.